The island republic of the Seychelles is located east of the African continent and north of Madagascar in the Indian Ocean. In total, the republic consists of around 115 islands and atolls, of which around 35 are inhabited. The actual Seychelles include the islands of Mah¨¦ (145 km²), Praslin (38 km²), Silhouette (20 km²) and La Digue (10 km²). The Republic also includes the Amirante archipelago, Farquhar, Cosmoledo and Aldabra and the islands of Coetivy, Alphonse, Platte and Providence. The islands are spread over a sea area of ​​around 390,000 km², while the land area covers only 454 km² (roughly the size of Andorra).

The Inner Seychelles include the islands that sit on the submerged Seychelles plateau. This plateau covers approximately 20,000 km² and lies at a depth of 30 to 70 m below sea level. A mountainous landscape with partially rugged granite formations and long but narrow sandy beaches are characteristic of the Inner Seychelles. The highest peak in the country, the Morne Seychellois with 905 m is located on the main island Mah¨¦. The Outer Seychelles include the coral islands and atolls that rise just a few meters from the sea.

The capital of the Republic of the Seychelles, Victoria, is located on the island of Mah¨¦.

The Seychelles has a tropical sea climate with consistently high temperatures all year round. The average annual temperature is around 27 °C, during the day usually no more than 32 °C, at night the temperatures rarely drop below 20 °C. On the mountainous islands of the Inner Seychelles, the annual precipitation amounts lie between 1,500 and 3,000 mm, a large part of the precipitation falls from December to April (northwest monsoon). Up to 4,000 mm can also fall on the windward slopes of the mountains. There is less rainfall on the flat coral islands.

The originally existing tropical rainforest was cleared for the remaining plantations of plantations. Typical plants for the Seychelles today are coconut tree, cinnamon tree and a variety of flowers. A specialty is the Seychelles nut palm (sea coconut), the fruit of which is one of the heaviest edible plant fruits with up to 25 kg. Large sections of the coast are lined with mangroves.

Larger mammals are not found in the Seychelles. The bird and underwater world is extremely diverse. Rare species, such as the Black Seychelles Vasa Parrot, can be found especially in birds. The Seychelles weaver bird, the flycatcher, the Russus and fairy tern, and the frigate bird also occur. The flightless white-throated claws live on the uninhabited Aldabra Islands, which have been protected since the early 1970s. The inaccessible islands serve as a place to lay eggs for numerous sea turtles, and the giant turtles weighing up to 250 kg, which otherwise only live on the Galapagos Islands, also occur here.

A large number of marine animals live in the coral banks of the islands, including clownfish, rays, lionfish, boxfish, parrotfish and anemones.

Around 91,000 people live in the Seychelles, 90% of them on the main island of Mah¨¦. The islands of the Outer Seychelles are not populated. The only major urban settlement is the capital Victoria on Mah¨¦ with about 25,500 residents.

According to COUNTRYAAH, 90% of the population are creoles, hybrids with mostly African, European and also Asian ancestors. Small groups of Europeans, Indians, Malagasy, Chinese and Malays live on the islands. The vast majority of the population belongs to the Catholic Church, only about 6% are Anglicans. Followers of Hinduism and Islam form religious minorities totaling 3%. Traditional religions are sometimes practiced parallel to Christianity. The official languages ​​are Creole (since 1981), French and English.

The average life expectancy on the islands is 72 years. The Republic of Seychelles among the wealthier countries in Africa, with income distribution very uneven. Medical care for the population is free of charge, and there is state social security. Population growth is estimated at 0.4% (due to the high rate of emigration). School attendance is compulsory for children from the age of six; the current illiteracy rate is given as 15%. 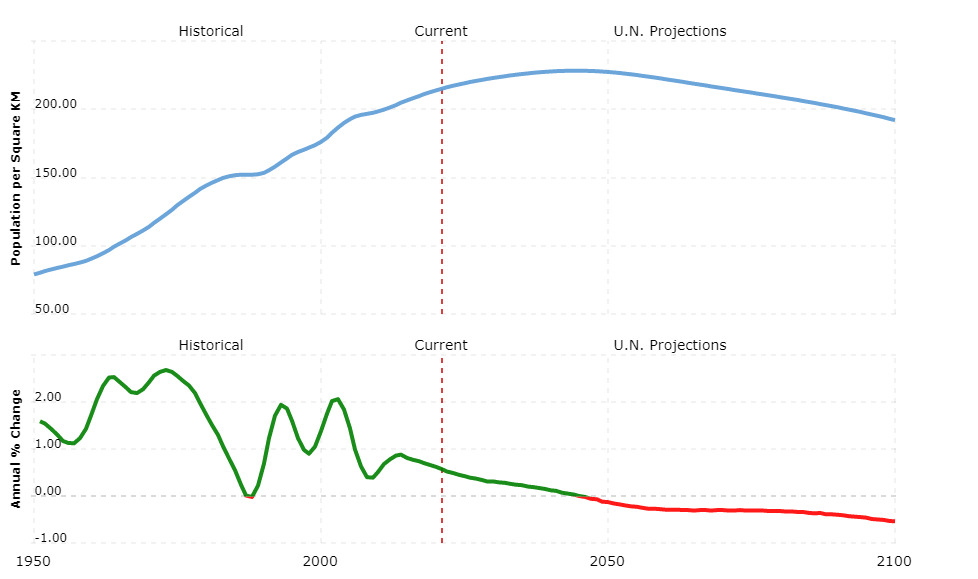 According to the 1993 constitution, the Seychelles is a presidential republic (in the Commonwealth). The head of state, commander-in-chief of the armed forces and head of the government is the president (since April 2004 James Alix Michel). He is elected by the people for a term of five years – a total of three terms are possible – and appoints the ministers as members of the cabinet.

The legislature lies with the Parliament (National Assembly), which consists of a chamber with 31 members who are elected every five years.

The legal system is based on English and French law.

The Seychelles are divided into 25 districts.

With an average gross domestic product (GDP) of around $ 8,900 per capita, the Republic of Seychelles is one of the wealthiest countries in Africa. The main economic problem of the country is a high budget deficit due to the dependence on imports and the strong influence of the state on the economy: the leading companies are nationalized in all economic sectors. However, President Michel has been following a cautious reform course since taking office in 2004, and some state monopolies have already been lifted.

Agriculture and forestry are poorly developed due to the lack of usable space. For self-sufficiency, bananas, cassava and vegetables are grown, for example. Basic food must be imported. The export of spices (nutmeg, vanilla, cinnamon) has declined in importance due to the fall in world market prices, and the export of copra has stagnated.

The most important economic sector and main source of foreign exchange income is tourism. Around 30% of all workers are employed in this area. The number of guests who visit the high-priced tropical vacation destination annually is over 200,000. Three quarters of the tourists come from Europe. The Seychelles have already been awarded for their environmental policy (more than half of the country is under nature conservation).

The second important economic area is the catching and exporting of tuna. The “Indian Ocean Tuna Co.” is one of the largest fish processing factories in the world. Piracy and declining fish stocks, however, led to growth losses.

The industry is moderately developed (14% of GDP) and focuses on food processing. Drinks, cigarettes, soap, furniture and handicrafts are also produced.

There is an international airport near the capital Victoria on the island of Mah¨¦. The most important connection between the islands are ships and smaller planes. The road network covers around 400 km.