Growth of population: 2.6% per year (due to flight and migration)

Local public transport is generally poorly developed in Jordan. Most people travel in private cars, shared taxis or private minibuses. In the Amman / Zarqa agglomeration (over four million residents), the range of public buses on offer was significantly expanded in July 2019. There is still no metro. Construction has been announced.

Four out of five Jordanians now live in cities. Even if the official discourse emphasizes the role of Bedouin in national identity – the economic importance of the Bedouin way of life is small. Less than one percent of the Jordanian population earns a living from nomadic or semi-nomadic cattle raising.

In terms of economic and social development, there is a strong and growing gap between the capital, Amman, and the rest of the country. So-called “gentrification” is increasing within Amman. The associated conflicts are clearly documented in a research project by the University of Ghent.

Around 4 million people currently live in the metropolitan area of Greater Amman and Zarqa, and thus over half of the country’s residents, plus several hundred thousand refugees from Iraq and Syria. The greater area of the university town of Irbid in the north of the country has around 650,000 residents. Irbid is the third largest city in Jordan. Other rapidly growing agglomerations are Salt and above all Aqaba. Since the establishment of the ASEZA free trade area and the targeted promotion of tourism, the once sleepy town on the Red Sea is developing into the urban center of southern Jordan. The population has doubled within a few years; An estimated 100,000 people currently live in Aqaba.

On the way from the airport to the capital and in Amman itself the problem is not directly visible, but once you move out of Amman it is hard to miss that Jordan has a major waste problem. In many places in the municipalities, the garbage collection is inadequate, and along the national roads you can see rubbish all the time – especially packaging, cans and plastic of all kinds. Waters are also heavily littered, especially the Red Sea.

The most pressing problem in Jordan is water scarcity, in combination with inadequate water management, declining but still excessive natural population growth, and the presence of around 2.8 million refugees and migrants in the country.

The royal non-governmental organization JREDS has been trying to protect the ecological balance in the Red Sea since the 1990’s.

Students from Germany developed a project for clean drinking water in Umm Qais in northern Jordan.

Just under one percent of the Jordanian territory is covered by forest, including cypresses, oaks and pines. The causes of this shortage are varied and some go back a long way in history: in addition to overgrazing, for example, thousands of trees had to be built in the 19th century to build the Hejaz Railwayfall. Currently, two factors in particular are endangering the country’s few forest areas: 1) The intensive construction activity, especially in the attractive hilly landscapes north of Amman and 2) The high prices for heating oil, which means that people sometimes see no other option than wood for heating to get out of the woods. The forest areas of Dibbin, Jerash and Ajloun are particularly affected. The sparse forest cover favors the already advanced soil erosion and the spread of the desert, from which Jordan is already massively affected. Environmental activists try to counteract the development, among other things, by building an environmental peace park. 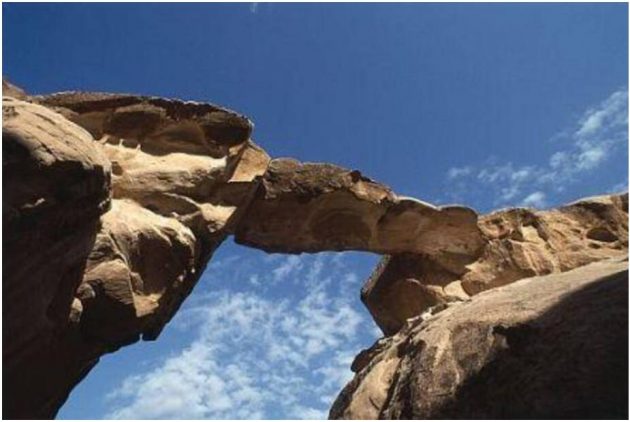 Environmental activists try to counteract the development, among other things, by building an environmental peace park. The country has ratified the UN Convention to Combat Desertification (UNCCD) and drawn up national plans for implementation, which are operationalized at various levels (prevention, advice, structural measures).

Air pollution has increased significantly in Jordan. In addition to outdated and poorly equipped industrial plants (e.g. the oil refinery and the cement works in Zarqa), local and freight traffic and the associated emissions are among the main causes of smog. Local public transport is dramatically underdeveloped. In Amman alone, over a million cars are registered, less than 5 percent of all inner-city journeys are made with public transport. Another very serious environmental problem in the long term is the rapidly increasing impoverishment of the soil. Overall, only just under five percent of the total Jordanian state area can be used for agriculture. Due to over-fertilization, overuse and incorrect irrigation, the fertility of many soils and thus the quality of the cultivated products decline.