The Republic of Serbia is located in the center of the Balkan Peninsula in southeastern Europe and borders on Hungary in the north, Romania and Bulgaria in the east, Macedonia and Kosovo in the south, Montenegro in the southwest and Bosnia and Herzegovina in the west. After Slovenia, Croatia, Bosnia-Herzegovina and Macedonia left Yugoslavia, founded in 1918, in 1991/92, Serbia and Montenegro initially existed as (remaining) Yugoslavia and from 2003 to 2006 as a confederation of states. Serbia has been an independent state since Montenegro’s independence. The capital is Belgrade. The area of ​​the country is 77,474 km². See Serbia country abbreviation.

The north of Serbia belongs to the Pannonian Plain. The Dinaric Mountains in the west and the Balkan Mountains in the east are connected by several low mountain ranges in the middle of the country. Middle and high mountains can also be found in the south of the country. The highest mountain is the Midzor with 2 169 m. The longest river is the Danube with a length of 588 km. Its tributaries include Morava, Tisza and Sava. The largest lake in Serbia is the Djerdapsee with 163 m².

The predominant continental climate in Serbia is temperate in the south. This leads to short and cold winters and warm summers with an average of 23ºC in July. A mountain climate prevails in the high mountains in the south, which prolongs the winter there. The average rainfall is 896 mm.

Around 7.44 million people live in Serbia. Minorities from the other states of the former Yugoslavia also live here, whereby the groups of Montenegrins, Yugoslavs, Albanians, Bosniaks and Croats each only make up around one to two percent of the total population. The largest minority are the almost 4% Hungarians. Sinti and Roma, Romanians, Slovaks and Wallachians also live in Serbia. Population growth in Serbia is currently zero, also due to the ongoing migration of certain ethnic groups.

According to COUNTRYAAH, 85% of the people in Serbia belong to the Serbian Orthodox Church. There are also a small number of Catholic (5.5%) and Protestant (1.1%) Christians.

The capital Belgrade is the largest city in the country with an estimated 1.3 million residents. This is followed by Novi Sad with around 191,000 and Niš with around 174,000 residents. More than half of the population lives in cities.

Serbian is the official language and is understood and spoken almost everywhere in the country. The font has been officially Cyrillic since 2006, but the Latin alphabet still occurs. 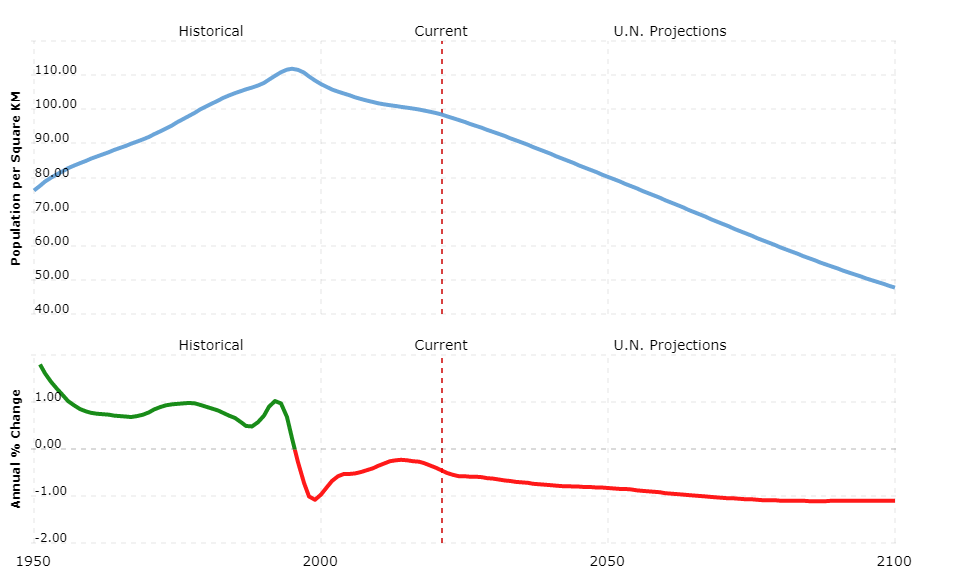 According to the constitution that came into force in November 2006, the head of state of the republic, the president (since May 2012 Tomislav Nikolić), is elected by the people for five years; re-election is possible. The Prime Minister of Serbia has been Ivica Dačić since July 2012. The one-chamber parliament (Narodna skupština), which is elected for four years, has 250 deputies.

Important parties are the Serbian Progress Party (SNS), the Democratic Party (DS), the Socialist Party of Serbia (SPS) and others

Serbia is divided into 17 districts and one city. The autonomous province of Wojwodina belongs to the Republic. The rest of the country does not form its own political unit and is therefore only referred to informally as closer Serbia or central Serbia.

The Serbian economy is in transition to a free market economy and is trying to overcome the consequences of political and economic isolation under Milosevic. The high unemployment rate (estimated between 20 and 30%), public debt, which is more than half of the gross national product, and the high number of people employed in the agricultural sector (24%) continue to weaken the country.

Sugar beet, corn, potatoes, wheat and fruit are grown. Animal husbandry and viticulture are also important depending on the region. The mostly outdated industrial plants serve the further processing of food (especially sugar) and the production of agricultural machines, paper, lead and simple electrical devices.

Tourism has largely failed to materialize since the Balkan Wars and is currently being promoted.

Energy is mainly generated by coal and hydro power plants.

Serbian currency is the Serbian dinar.