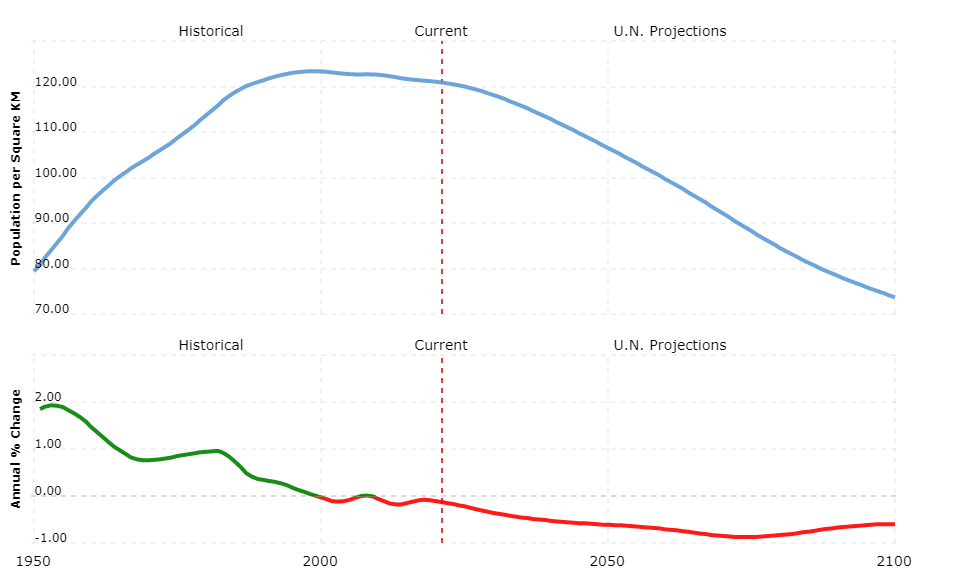 Republic in Eastern Central Europe on the Baltic Sea between Germany in the west and Belarus / Ukraine in the east, 312 684 km², 38.6 million residents, capital Warsaw,official language Polish.

Poland consists of around two thirds of the lowlands, the North Polish Plain (also: Polish Lowlands and Plateaus) is the eastern continuation of the North German Lowlands. Towards the south there is a hilly and mountainous region that leads into the mountains of the Sudetes and the Western Carpathians passes.

The Polish Baltic Sea coast is a typical compensation coast with spits (sandy strips that completely or partially separate flat bays from the sea) and wide bays (Gdansk Bay, Pomeranian Bay). Inland follows hilly young moraine land as a remnant from the last ice age with a multitude of lakes: the Pomeranian Lake District lies in the west of the country, and the Masurian Lake District in the east – separated by the Vistula. Of the several thousand lakes, the Spirdingsee (Polish: Jezioro Sniardwy) is the largest with an area of ​​around 106 km², followed by the Mauersee (Jezioro Mamry) with 105 km². Towards the south, a slightly undulating old moraine area with broad, ancient east-west valleys closes the North Polish Plain. In the following mountain and hill country lies the Lubliner in the east and the Lesser Polish hill country in the west, in between is the Kielcer mountain country, which in Lysog¨®ry is up to 612 m high. Two basin landscapes run through the mountains and hills: in the west the Upper Silesian Mulde, here the Oder (Polish Odra) flows with its tributaries, in the east of the country the Basin of Sandomierz (Vistula, Polish Wisla; San, tributary of the Vistula).

In the south, the mountain ranges of the Sudetes and the Western Carpathians separate the country from the neighboring countries of the Czech Republic and Slovakia. The Sudetes in the west have a low mountain character and reach heights of up to 1,600 m, as does the Beskids mountain range, which belongs to the western and forest Carpathians. In the very south in the border area to Slovakia rises the High Tatras, a high mountain range that belongs to the Western Carpathians. Here is the highest elevation in Poland, the Rysy (German: Meeraugspitze) with 2 499 m.

The longest rivers in Poland are the Vistula with 1,068 km and the Oder with a length of 866 km, both of which flow into the Baltic Sea. The capital of Poland, Warsaw (Polish Warszawa) is centrally located inland.

Poland is climatically in a transition zone from the oceanic climate of Central Europe to the continental climate, which is decisive in Eastern Europe. As a result, the temperature differences between winter and summer increase from west to east and the amount of precipitation decreases. The winters are relatively cold and snowy: average temperatures of -1.5 °C are measured in Gdansk on the Baltic Sea coast in January, in Warsaw -4 °C, in Krakow in the south of the country -2.5 °C. In July the average temperatures in Gdansk are around 17.5 °C, in Warsaw 19 °C and in Krakow 19.5 °C. The average annual rainfall in the northwest of the country is 600 to 700 mm, in the east it is around 550 mm.In the mountains in the south of the country, the amount of precipitation can rise to over 1 000 mm.

Almost 30% of Poland’s area is forested. In the north and in the high mountains of the mountains in the south, conifers grow especially, especially the pine, also Polish larch, fir and spruce. Alpine mats can be found in the high mountain regions above 1,800 m. Beeches predominate in the west of the country, here there are also floodplain forests with poplars, birches, willows and alders. In the border area to Belarus in the north-east of the country is the largest surviving jungle area in Europe (in the Bialowieski National Park). On an area of ​​over 1,200 km² (some of which is in Belarusian territory) there are old stocks of oak, hornbeam and linden forests, some of which are over 400 years old.

Poland’s landscape offers a variety of retreats for wildlife. Over 600 nature reserves and 15 national parks serve, among other things, to preserve biodiversity. In Bialowieski National Park, lynxes, moose, brown bears, wolves, tarpans (wild horses) and beavers are the last free-living herd of European bison in Europe. In the Tatra National Park in the high mountains there are lynxes, bears, chamois, mountain hares and marmots. There are also numerous animal species outside the national parks, most of which are typical of Central European fauna (deer, deer, wild boar, etc.). The diverse bird life includes black stork, golden eagle, eagle owl, capercaillie and cormorant. The white-tailed sea eagle can be found in the Polish coat of arms.

According to COUNTRYAAH, 38.61 million people live in the Republic of Poland, which means an average of 123 residents per square kilometer. The most populous city is the capital Warsaw with around 1.69 million residents, followed by Lodz (776,000), Krak¨®w (758,000) and Wroclaw (635,000). Today, almost 98% of the citizens are Poles, while before the Second World War about a third of the population was made up of other nationalities. The largest minority at that time were Jews, and numerous Germans, Lithuanians, Ukrainians and Belarusians continued to live in the country.The national minorities that still live in Poland today are small in number, but they have regional importance and influence on the culture and politics there (ethnic Germans, Ukrainians, Belarusians, Lithuanians, Czechs, Slovaks).

Beliefs are as homogeneous as the population today: 90% of the population are Catholics. The largest religious minorities are members of the Russian Orthodox Church.

The population development has been slightly negative in recent years, which is due to an almost balanced birth / death rate and a low emigration. At 74, life expectancy has not quite reached the Western European average; as in the other EU countries, literacy is practically comprehensive. Children are generally required to attend school between the ages of seven and 15. The official language is Polish.

Poland is a presidential republic with a parliamentary-democratic system based on the 1997 constitution.

The head of state of Poland is the president, elected directly by the people for five years, who can only be re-elected (since 2010 Bronisław Komorowski). He appoints the Prime Minister to head the cabinet (Donald Tusk since 2007). The legislature lies with the National Assembly (Zgromadzenie Narodowe), which consists of two chambers: the Sejm with 460 for four years with a mixture of majority and proportional representation elected by the people and the Senate with 100 members who vote in the provinces by majority four years.

For parties, a five percent blocking clause applies, for electoral alliances this is 8%. The most important political associations are the liberal “Citizens Platform” (PO), the right-wing conservative “Movement for Law and Justice” (PiS), the Palikot Movement (RP), the Polish People’s Party (PSL) and the Alliance of the Democratic Left (SLD).

The Polish state is divided into 16 provinces (Wojewodztwa).

Since the end of the 1980s, the Polish economy has been restructured from a planned to a free market economy. After an initial period of weakness, the country achieved the highest growth rates compared to the other former COMECON countries. Most of the small and medium-sized companies are now privately owned. The economy continues to grow (1.6% in 2013), foreign investment is increasing. In the meantime, only 32% of the gross domestic product (GDP) is generated in the industrial sector and over 56% in the service sector. Numerous new jobs were created in the private sector, and the unemployment rate fell to 9.7% in 2011. Above all, many rural residents still live below the poverty line.

Poland became a member of the European Union on May 1st, 2004.

Agriculture now only employs a good 12% of all workers, the share of gross domestic product is a low 3% due to the low productivity of the often small farms, whose equipment is usually out of date. The main crops are rye and potatoes. Sugar beet, wheat, rapeseed, fruit and vegetables are also grown. Livestock farming (cattle, pigs, poultry) is mainly practiced in large farms in the west of the country, and sheep farming in the south.

The industrial sector quickly recovered from the change in the economy due to increasing privatization and modernization of companies. The food, luxury food and textile industries have traditionally been of great importance. Poland has larger deposits of sulfur, copper, iron, lead and zinc ores. The metallurgical and metal processing industry is mainly located in Upper Silesia. Oil and gas are extracted in Galicia, and centers of the chemical industry are located in Central and Western Poland. Shipbuilding plays a role in various cities on the Baltic Sea (Gdansk, Elblag, Gdynia), although the trend is declining. The country’s energy needs are almost entirely met by thermal power plants (Poland has extensive coal deposits, especially hard coal).

Poland’s most important trading partner today are the EU countries (especially Germany), which are involved in around two thirds of exports and imports. Poland’s main export goods are machinery, chemical industry products, vehicles, food and copper. Crude oil, machinery, vehicles and food are imported. Tourism is an emerging industry and an important source of foreign exchange.

A well-developed transport network is available in most parts of Poland (a total of over 423,000 km of road, 23,000 km of rail). The most important ports on the Baltic Sea are Gdansk, Gdynia and Stettin. Poland has ten international airports.