The Philippines (officially Filipino: Republika ng Pilipinas) consist of over 7,100 islands located in the Malay Archipelago in Southeast Asia. This makes the archipelago the largest archipelago on earth. It is enclosed in the northwest by the South China Sea, in the northeast and east by the Pacific Ocean, in the south by the Celebesee, in the southwest by the Sulu Sea. The islands extend 1,850 km in a north-south direction and 1,060 km in a west-easterly direction. Its coastline is 36 189 km long. See Philippines country abbreviation.

The eleven largest islands occupy 94% of the country’s area. The most important are from north to south Luzon (104 688 km²; on Luzon is the capital Manila), Mindoro (9733 km²), Samar (13 080 km²), Panay, Palawan (14 896 km²), Leyte, Cebu, Bohol, Negros, Mindanao, Masbate and the Sulu Islands. The middle archipelago of the Philippines with Leyte, Cebu, Bohol, Masbate, Samar, Negros and Panay are also known under the collective term “Visayas”. The Philippines have a land area of ​​298 179 km², 1 830 km² consist of water. This makes the country only slightly smaller than Germany. All islands – with the exception of Masbate, Bohol, Leyte and Samar, which have extensive high plateaus – are characterized by extensive mountain ranges, which are partly dominated by volcanoes that are still active. These volcanoes include the highest mountain of the islands, Mount Apo (2 954 m) on Mindanao and Mount Pulog (2 928 m) on the main island of Luzon. There are extensive plains along the coast. The main rivers of the island are the Cagayan, Agno, Pampanga, Bicol and Pasig (this flows through Manila and is also important as a waterway) on the island of Mindanao, the rivers Mindanao and Agusan. The largest inland lake in the archipelago is the Laguna de Bay south of Manila.

There is a tropical rain climate in the Philippines. Average mean temperatures vary little and range between 25 and 28 °C all year round, with January being only slightly colder than July. The climate is strongly influenced by rain-bringing monsoon winds that blow from the southwest in the months of May to October and from the northeast in the months of November to February.

The average rainfall can be quite different. The coasts of the South China Sea have dry (December-May) and humid (June-November) seasons. The duration of the dry seasons decrease towards the east. For example, the annual rainfall in the capital Manila (Luzon) is 2.085 mm. In contrast, the region around the center of the Visayas and Mindanao has significantly less rainfall during the rainy season, so the average amount of rain in Zamboanga on Mindanao is only 1,070 mm. Typhoons are a constant threat to the archipelago from June to December.

Large parts of the islands are overgrown with forests. Tropical rainforest in particular is widespread on the west coast, but in part the forests have now been replaced by secondary forests and grasslands due to intensive deforestation. The regions with less rain have monsoon forests. Above these are mixed oak forests, then pine and cloud forests. The coastal regions are partially covered by mangroves. About 10,000 known species of flowering plants and ferns have been identified on the islands. A particularly common mahogany species is named after the name of the archipelago. A specialty are over 800 wild orchid species in the Philippines.

The fauna counts about 220 wild mammals. These include water buffalo, goats, horses, cats, dogs, monkeys, squirrels, mice, anteaters and deer. A special feature is the variety of bats. 56 species have been identified, including some that only occur in the Philippines. In addition to mammals, around 500 bird species inhabit the islands. Of particular note are peacocks, parrots, kingfishers, herons, pheasants, quail and pigeons. In particular on the island of Palawan there are some species of birds that are unique in the world. In remote regions of the island of Mindanao and in the Sierra Madre of Luzon, the rare and endangered ape eagle can be observed.

Around 87.85 million people live on the Philippine Islands, with only about 20% of the islands being permanently inhabited. The metropolitan area of ​​the capital Manila has around 12 million residents; Manila is by far the largest city in the country. The population of the islands is extremely heterogeneous: the largest ethnic group are the Tagalog, which comprises almost a third of the population, followed by the Cebuano (13%) and the Llocano (10%). In addition to other indigenous minorities, Chinese, Malays and Indians also live in the Philippines. This ethnic diversity is also reflected in the linguistic diversity of the country. The official language is Filipino (also called Tagalog), a language that belongs to the West Malay-Polynesian group of the Austronesian languages, and was standardized with borrowings from American and other Filipino languages. English is widely used as another official and business language. In addition, Spanish and an estimated 70 other languages ​​and dialects are spoken on the islands, all of which belong to the Austronesian language group and are divided into eight main groups.

The vast majority of Filipinos are Roman Catholic. The largest religious minorities on the islands are the independent Filipino Church, Muslims and Protestants. There are also small groups of animists and Buddhists.

Life expectancy on the islands is around 70 years; the population grows by an average of 1.8%. According to COUNTRYAAH, 7% of Filipinos cannot read and write. 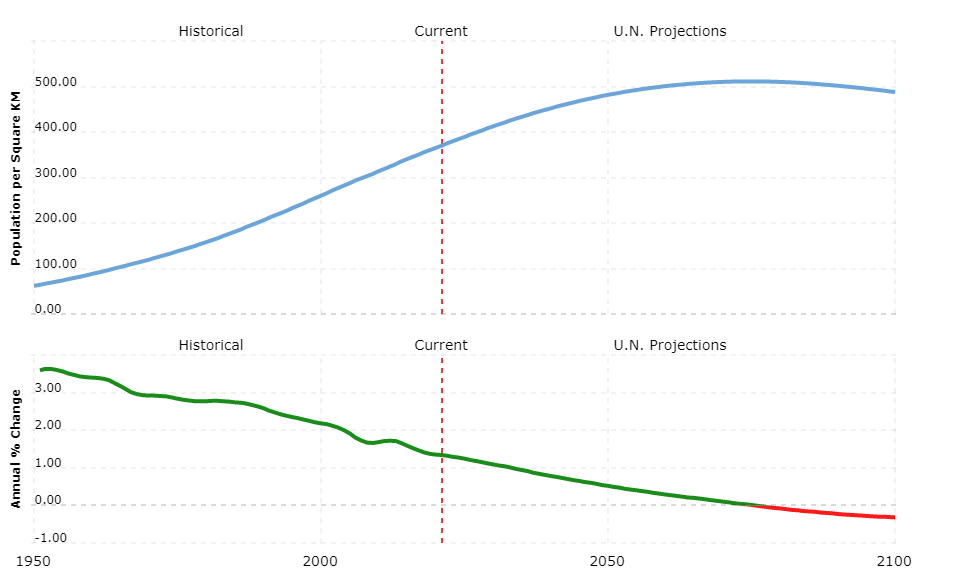 The state form in the Philippines is a presidential republic with a two-chamber system (Senate and House of Representatives). The president (Benigno Aquino since June 2010) is also head of government and has a one-time term of six years. The appointment of cabinet members lies within his sphere of influence.

The administration is divided into 16 regions. There is an autonomous region, Muslim Mindanao, in the south of the main island Mindanao.

Under the Ramos government, a privatization program of state monopoly companies was started and a consequent deregulation and liberalization of the economy was initiated. The Filipino economy has been realizing its potential since the beginning of the new millennium. The service sector accounts for the lion’s share of growth rates (55% of GDP). Foreign debt, high underemployment and a very unjust distribution of income growth continue to pose problems (over a quarter of the population lives below the poverty line). The high remittances from Filippinos abroad have a stabilizing effect.

30% of the island area is used for agriculture, the main crops are rice, corn, cassava and vegetables; there are large sugar cane and coconut palm plantations for export. The Philippines are the world’s largest copra producer. Kopra is the dried, solid nutritional tissue of coconut from which coconut fat can be pressed. In addition to these plants, coffee, tobacco, rubber, pineapple and manila hemp are also grown for export. The once extensive export of tropical wood was restricted.

Industry contributes about a third to the creation of the social product. The electronics industry is an important pillar. The Philippines have numerous raw material deposits. In particular, copper, nickel, iron, chrome ore, gold, silver, mercury, asbestos, marble, salt and coal are mined. The ASEAN Free Trade Agreement entered into force in 2002. Above all, electrical engineering, electronics, food and machinery are supplied to the USA, Japan and China. Electrical engineering, petroleum and chemical products, foodstuffs and electronics are mainly imported from the same countries.

Tourism offers great potential, especially since the government is promoting the development of tourism.

The country’s main ports are Manila, Cebu, Iloilo and Zamboanga. International airports can be found in Manila, among others.

The currency is the Philippine peso.