The Kingdom of Sweden occupies the eastern and southern part of the Scandinavian peninsula and is the fourth largest country in Europe with an area of ​​449,964 km². The maximum north-south extent of the country is 1,600 km, in the east-west direction it is 400 km. Sweden borders Norway to the west and north, Finland to the northeast, the Gulf of Bothnia to the east and the Baltic Sea to the south. See Sweden country abbreviation.

The Skanden Mountains extend from north to south through the Scandinavian peninsula, the main ridge of the mountains forms the border with neighboring Norway in the north and in the middle of Sweden. In the northwest is the country’s highest peak, the Kebnekaise at 2,117 m. To the east, the Skanden Mountains drop down to a hilly country, which is on average at an altitude of around 200 m. Individual mountains reach up to 800 m. The coast on the Gulf of Bothnia is preceded by numerous islands (skerries), inlets (fjords) sometimes extend far inland.

To the south of the hilly region is the Central Swedish depression, a landscape characterized by countless lakes. At this height the capital Stockholm is on the east coast of Sweden. In the south, the hilly Götaland and Småland connect to the lake landscape. Off the east coast are the two islands Gotland (3 001 km²) and Öland (1 344 km²). In the extreme south of Sweden is the Schonen peninsula, in the southwest the Danish Zealand (with the capital Copenhagen) is only four kilometers away (Øresund).

There are a total of around 100,000 lakes in Sweden, the largest of which, Lake Vänern (5,584 km²) and Lake Vättersee (1,899 km²), are located in the central Swedish depression. The country’s numerous rivers increase in size in spring due to the melting snow in the mountains.

North of the Arctic Circle, temperatures can drop to – 40 °C. The average July values ​​in Stockholm are 18 °C, in the north (Jokkmokk) around 15 °C. In summer, temperatures above 30 °C are often measured in both the north and south.

Most precipitation (up to 2,000 mm) falls in the Skanden Mountains, to the east the amount of rain drops to up to 400 mm. In southern Sweden the average rainfall is up to 1,000 mm in the west and 500 mm in the east.

Around 60% of Sweden’s land area is forested. In the south there are deciduous deciduous forests with beeches and oaks, which to the north initially merge into a mixed forest zone and from about the 60th parallel into boreal coniferous forests. In the far north there is tundra vegetation with shrubs and lichens.

The large forests in Sweden and the sparsely populated areas in the north of the country offer a suitable habitat for a large number of animal species. Elk, reindeer, chipmunks, mountain hares and lemmings are common. Larger predators such as bears, lynxes, wolves and arctic foxes also exist in large numbers.

Around 9.01 million people live in Sweden, 80% of them in cities. Only a tenth of the population lives in the northern half of the country, while the largest metropolitan areas are in the south. The capital Stockholm is the largest city with around 765,000 residents, followed by Gothenburg (481,000), Malmö (270,000) and Uppsala (182,000). The average population density is just under 20 residents per square kilometer.

According to COUNTRYAAH, over 90% of the population are Swedes and the proportion of foreigners is around 7%. The largest group in terms of numbers are Finns, followed by Danish and Norwegian guest workers. Almost 160,000 mostly political refugees are in Sweden. The approximately 17,000 Sami (rags), who live mainly in the north of the country, represent a small minority.

The official language is Swedish. About 88% of the population are followers of the Evangelical Lutheran Church (state church until January 2000). Catholics, Pentecostal members, Jews and Muslims represent religious minorities.

Population growth is low at 0.7% and is mainly a result of immigration. The standard of living in Sweden is extremely high, measured by per capita income the country is one of the ten richest countries in the world. Social and health services are very well developed. The average life expectancy is 83 for women and 78 for men. The level of education is also very high: the nine-year elementary school period is free of charge, over 97% attend a secondary school after primary school. There are a total of 15 universities and 17 universities in Sweden. 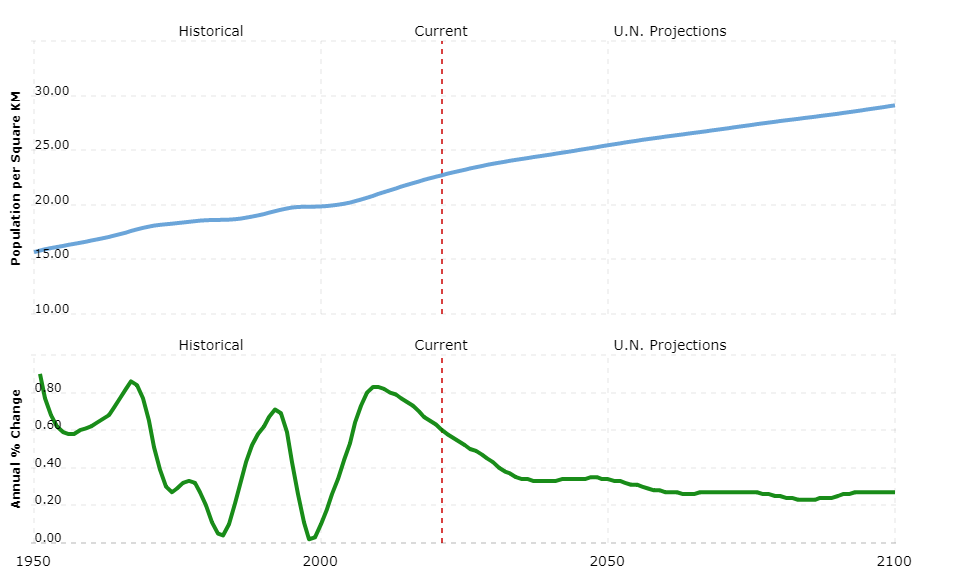 According to the 1975 constitution, Sweden is an inheritance monarchy with a parliamentary system of government. The monarch (since September 1973 King Carl XVI Gustav) is head of state, but has only a representative function. The prime minister (since October 2006 Fredrik Reinfeldt) is elected by the parliament and appoints the members of the cabinet.

The parliament (Riksdag) consists of a chamber with 349 seats, whose deputies are elected by the people according to the proportional representation law for a term of four years. Swedes can vote from the age of 18.

Sweden is divided into 21 districts (Lan).

The industrialized nation of Sweden is one of the richest countries in the world in terms of per capita income. After a severe economic crisis in the early 1990s, the government implemented a number of austerity and consolidation measures, which among other things reduced the high unemployment rate (currently 7.5%). The economic growth rate for 2013 is given as 1.5%.

High-tech agriculture contributes around 2% of GDP, and just under 7% of the country’s area is agricultural land. Nonetheless, 80% of the population’s food needs can be covered itself. Grain, sugar beet and potatoes are mainly cultivated in the central Swedish depression and in the south of the country, cattle breeding is more practiced in northern areas. Forestry is important, Sweden has extensive forests, and annual afforestation is 6%. The felled wood is mainly processed into cellulose.

Over 76% of the workforce is employed in the service sector, which generates around 71% of GDP. Tourism only plays a subordinate role.

The traditional pillar of the Swedish economy is the manufacturing industry, the main branches are metal production and processing, wood processing, pharmaceutical and chemical industries. The electronics industry is also becoming increasingly important. Industry generates around 26% of gross domestic product (GDP). Most of the factories are located in central and southern Sweden, while the centers of the oil processing and chemical industries are the large port cities of Stockholm, Malmö, Göteborg and Helsingborg. Characteristic of the Swedish economy is the small number of globally active large companies (such as Volvo, Saab) and a very large number of small companies, while medium-sized companies hardly play a role.

The country’s high energy requirements are covered by nuclear power (a gradual phase-out of nuclear energy was decided in 1980), hydropower and to a small extent by fossil fuels. Sweden is rich in mineral resources, the raw materials include high-quality iron ores, uranium, copper, zinc and lead.