The Swiss Confederation is located in Central Europe and, with an area of ​​41,290 km², is roughly the size of the Netherlands. The country borders France to the west, Germany to the north, Liechtenstein and Austria to the east and Italy to the south.Switzerland is characterized by mountains, more than half of the country’s surface is above 1,000 m. In the south the Alps take up about 60% of the total area, in the northwest the low mountain range of the Jura around 10% and the midlands in between about 30%.

The Jura is a low mountain range of around 250 km long and up to 1,700 m high, which extends in a wide arc through western and northern Switzerland. The highest mountain here is Monte Tendre in the northwest of Lausanne at 1,679 m. The Swiss Alps can be divided into the northern and southern central Alps: the northern part essentially consists of the Bernese Alps with peaks over 4,000 m (Finsteraarhorn 4,274 m, Aletschorn 4,295 m, Jungfrau 4,158 m), the southern central Alps includes the Valais Alps with the highest elevation in Switzerland, the Dufourspitze in the Monte Rosa massif (4,637 m) and the Matterhorn 4,478 m, and the Ticino and Graub¨¹nden Alps.

Around 1,500 lakes in Switzerland cover about 5% of Switzerland’s territory. The largest of them (located entirely on Swiss territory) is Lake Neuchâtel (Lac Neuchâtel) with 218 km², which lies on the eastern flank of the Jura. Lake Geneva (Lac L¨¦man, 581 km²) partly belongs to France, at Lake Constance (538 km²) the countries Germany, Austria and Switzerland meet. The border with Italy runs through Lake Maggiore (212 km²). Numerous rivers arise in the Swiss Alps, which are part of the European watershed: In Chur, the union of the Vorderrhein and Hinterrhein creates the Rhine, which over a certain distance forms the border with the neighboring countries of Liechtenstein, Austria and Germany. The rivers Rhône, Aare, Reuss and Ticino (Ticino) originate in the mountains.

The Alps form a climate divide between Mediterranean and temperate climates, so there are major climatic differences in the smallest space: Visp in the Valais is one of the driest regions in Switzerland with an annual rainfall of around 520 mm, while the Mönchsberg (4 km 099 m) with over 4,000 mm is one of the areas with the highest rainfall. The mountain valleys open to the south (Ticino, Graub¨¹nden) are influenced by the Mediterranean, Lugano has average annual temperatures of around 11.8 °C, the average rainfall is 1 100 mm per year. The Swiss plateau and the Alpine valleys open to the north have a cool, temperate climate. The average annual temperature in Zurich is 8.1 °C.The coldest point in Switzerland – with temperatures sometimes below -40 °C – lies northwest of Neuchâtel (Neuchâtel) in the Jura. The snow line (above which there is snow even in summer) runs at an altitude of approx. 2 900 m on the south side of the Alps and at approx. 2,500 m on the north side of the Alps.

At the northern edge of the Alps, especially in spring and autumn, the so-called foehn can occur, a warm fall wind that can lead to a rapid rise in temperature.

The vegetation in Switzerland is different, as is the climate. Depending on the location north or south of the Alps and depending on the altitude, there is a variety of different plant species. Olive, fig, almond and laurel trees and large chestnut forests grow in the south. From a height of approx. 800 m there is mixed deciduous forest, which can be found in the northern part of the Alps from heights of 600 m. Large areas of the mixed forest have given way to cultivated land. Beech forests follow from heights of 1,200 m (or 1,500 m in the south), the tree line is around 1,700 m in the northern and 2,200 m in the southern Alps.Above the tree line there are various grasses and shrubs and a species-rich alpine flora (gentian, edelweiss), just below the tree line are mountain pines, stone pine and larch.

Chamois, Alpine hare, marmot, Ptarmigan and Alpine chough are often found in the mountains of Switzerland. After their extermination, the Alpine ibex and the lynx were reintroduced. Capercaillie, black grouse, golden eagle and bearded vulture are rare. Various types of snakes and lizards live in the sunny valleys of the Southern Alps.

In total, the population of Switzerland comprises around 7.45 million people. There are four official languages ​​in Switzerland: German and Swiss German (an Alemannic dialect whose written language is roughly equivalent to High German), French, Italian and Romansh. According to COUNTRYAAH, 65% of the total population belong to the German language group, about 20% of the French (mostly in western Switzerland) and about 6.5% of the Italian (especially in Ticino). Less than 1% of the total population speak Romansh, an ancient Romance language that stands between French and Italian. In the canton of Graub¨¹nden, the proportion of speakers who speak Romansh is highest at 17%. Many Swiss speak two or more of the national languages.

The population is very unevenly distributed: the mountainous cantons of Uri, Graub¨¹nden, Ticino and Valais are very sparsely populated; the most densely populated areas are in the midlands around the cities of Geneva (Gen¨¨ve), Zurich, Aargau and Zug and Basel. The country’s largest city is Zurich with around 366,000 residents, followed by Basel (166,000) and Geneva (178,000). The capital Bern has about 127,000 residents. Population growth is around 0.5%. About half of this is due to natural growth (excess birth), the rest is based on immigration. Switzerland’s formerly liberal immigration policy has intensified, the number of immigrants has been restricted, and the granting of annual stays is the norm for employees.

Measured by the per capita income of the population, Switzerland is one of the richest countries in the world. The standard of living of the majority of the population is high, social, educational and health services are very well developed. Depending on the canton, the schools are adapted to the language peculiarities. The average life expectancy for women is 83 and for men 78 years. 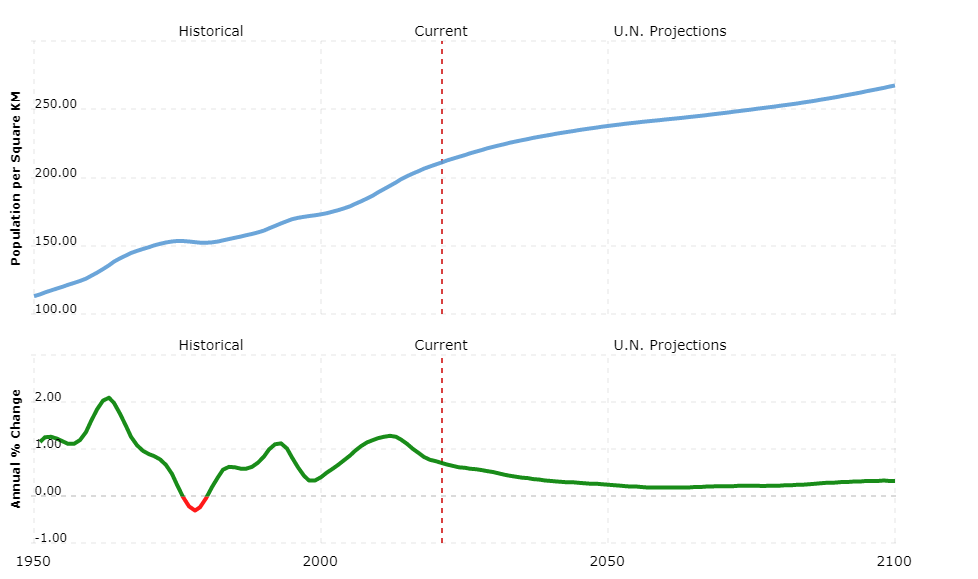 The Swiss Confederation is a democratic and republican federal state and is committed to permanent neutrality. The structure is strongly federalistic. The underlying federal constitution of 1874 was repeatedly amended or supplemented, the current constitution is from 2000. The executive branch lies with the Federal Council, whose seven members are elected by the Federal Assembly for four years. Within the Federal Council, one of the members, who is also the head of government, is appointed as president every year.

The legislature lies with the Federal Assembly, which consists of two chambers: the Council of States with 46 seats (members of parliament are representatives of the individual cantons; the term of office is four years) and the National Council with 200 seats, the members of which are partly based on proportional and partly on majority voting be elected for four years. Swiss citizens have the direct democratic right of an optional and a mandatory referendum, which requires a referendum on all constitutional changes.

Switzerland is divided into 26 cantons. Each canton has its own constitution and is responsible for the administration of justice, health and education. Ä. responsible. The highest legal authority nationwide is the Federal Court in Lausanne.

All citizens aged 18 and over are entitled to vote. Women have had the right to vote and vote at federal level since 1971, and it was only in 1990 that this could be enforced in all cantons.

Switzerland is one of the richest countries in the world in terms of per capita income. Despite its inland location, the lack of raw materials and a limited domestic market, a highly developed industry with globally recognized quality products was able to develop. Switzerland is also home to numerous large banks and an international financial center. The global financial crisis in 2007/2008 particularly affected the major banks UBS and Cr¨¦dit Suisse, as well as the world’s largest reinsurance company Swiss Re. The unemployment rate was 3% in 2013.

Around a quarter of the country’s area is used for agriculture; the most important sector is dairy farming, which is traditionally practiced in the Alpine regions and nowadays increasingly also in the Swiss plateau. Swiss cheese is an important export product. Grain, potatoes and sugar beet are mainly cultivated, and vegetables, fruit and wine are also grown in climatically favorable areas. Forestry is also an important area.

The country is poor in raw materials, and the need for industry and energy has to be largely imported. Nevertheless, an ultra-modern industry has developed in Switzerland that is very diverse. The country holds a leading position with its products in numerous technology areas (including watches, textiles, machine tool construction, metal processing, power electronics, pharmaceuticals, medical technology).

A well-developed network of roads (around 71,000 km of roads, including over 1,700 km of motorways) and rail network is available.