According to Digo Paul, the Kingdom of Norway (officially: Kongeriket Norge) forms the northwestern part of Scandinavia. The country is extremely mountainous: the landscape was broken up into high mountains and deep valleys by glacial glaciers. After the ice age the sea level rose and the valleys became the fjords of Norway. Some of these fjords are more than 1,300 meters deep. The rugged coastline is preceded by around 50,000 islands, some of which are inhabited.

The southern part of Norway is dominated by a broad highland, in which the highest elevations lie: depending on the snow situation, Glittertind with up to 2,470 m or Galdhøpiggen with 2,469 m. Both mountains belong to the Jotunheimen Mountains, which translates as “Empire of the Giants”. Norway is flat in the southeast, where most of the population lives (capital Oslo with around 522,000 residents). The numerous rivers coming from the mountains such as the Glåma (Norway’s longest and most water-rich river) create fertile valleys and a large number of lakes, of which there are around 160,000 in Norway. The largest lake is Mjøsa Lake with 369 km², which lies between Oslo and Lillehammer. The main agricultural areas are in the southeast. The north of the country, characterized by mountains and fjords, extends far beyond the Arctic Circle to the barren Finnish highlands with some of the largest glaciers in Europe.

The following islands are part of the Norwegian territory: Svalbard (Arctic Islands, Spitsbergen), Jan Mayen, Bouvet Island (South Atlantic, not inhabited), Peter I Island (Pacific, not inhabited). The total area of ​​the country is 323,759 km².

South of the Arctic Circle, foothills of the Gulf Stream provide a relatively temperate climate. There is a maritime climate on the coast and on the islands in front of it with mild winters and cool summers (mountains: January 2 °C, July 14 °C). In the eastern part of the country there is predominantly continental climate with lower temperatures in winter, warmer summers (Oslo: January -3 °C, July 17 °C) and significantly less rainfall. The northern part of the country has a subarctic climate, but the foothills of the Gulf Stream ensure that even the northernmost ports mostly remain ice-free in winter. Skiers find the best conditions in Norway all year round.

Norway is largely densely forested with spruce, pine, beech and birch, the forest areas make up around 22% of the country. Deciduous forests are mainly to be found in the coastal areas in the south and southwest, in the east and north there are increasingly more conifers. Tundra predominates in the north and in higher regions.

Norway’s forests are home to many animal species: in addition to deer, fox, wolf and bear, there are otters, martens, polecats and wild mink. Further to the north there are arctic foxes, reindeer, mountain hares and the taiga shrew. Moose occur partly as pure wild animals, partly as semi-wild pets of the seeds. In principle, all animal species are legally protected in Norway. At certain times of the year, this protection is removed and deer, wild elk (in some parts of the country even bears) can be hunted with the appropriate permission. High up in the north there are seals, seals and (strictly protected) polar bears.

The waters of Norway are very rich in fish. In the lakes and rivers there are salmon, trout, perch and pike, in the sea among other things herring, cod, halibut and mackerel. Norway is still undermining the provisions of the international species conservation conference regarding a ban on whaling. A moratorium on the international whaling commission has banned whale hunting worldwide for commercial purposes since 1986. An application made by Norway in spring 2000 to release minke whaling in the North Atlantic was again rejected. Norway has announced that the ban on hunting may not be observed.

Norway has 4.58 million residents and is very sparsely populated with a population density of around 14 residents per square kilometer. Half of the population lives in the south-eastern part of the country, around 25% in the Oslo area. In addition to 96.5% of Norwegians, there are small groups including Swedish, Danish and American descent. The Sami people live in the far north of the country (around 200,000), who are also known as rags and are also found in Sweden, Finland and Russia. Their livelihood today is still reindeer husbandry in addition to agriculture, fishing and hunting. The Sami are considered the indigenous people of Norway and have their own language. The official language in Norway is Norwegian, which is divided into two written languages:

The majority, with 85% of the population, belongs to the Evangelical Lutheran State Church. According to COUNTRYAAH, there are also small groups of Catholics and Muslims. Like the other Scandinavian countries, Norway has an excellent health and education system, so that the literacy of the population is extensive and the average life expectancy is 80 years. As in many Central and Northern European countries, population growth is low at 0.4%. 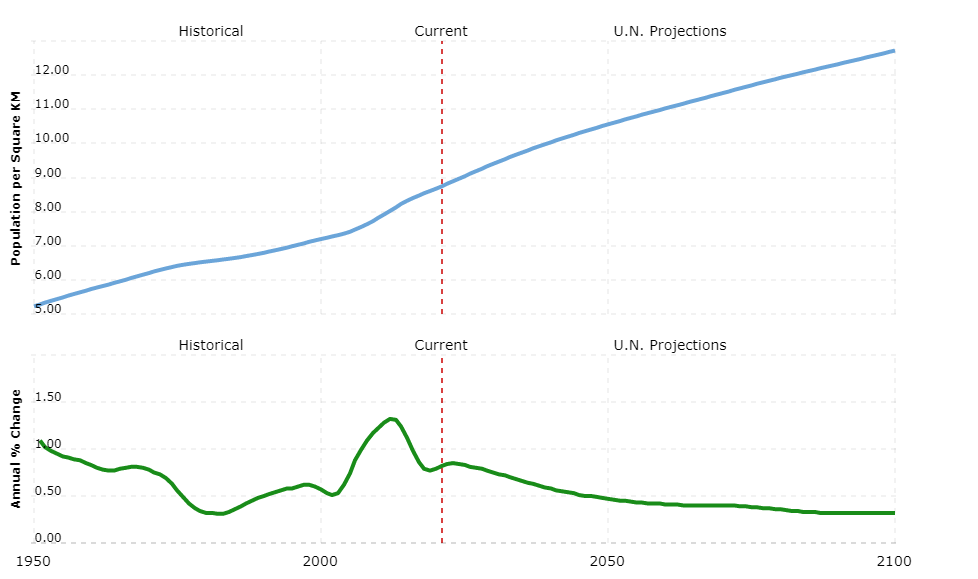 Form of government in Norway based on the constitution of 1814 is the constitutional hereditary monarchy on a parliamentary-democratic basis, in which the king (since 1991 Harald V) primarily performs representative tasks. He has a very limited right to object to legislative decisions by Parliament and is the commander-in-chief of the armed forces. He also officially appoints the government by confirming the list of ministers of the leader of the strongest faction or a coalition of parties. The executive lies with the Prime Minister (Erna Solberg since October 2013) and the ministers (formally with the monarch).

The Norwegian Parliament (Storting) has 169 members who are elected by proportional representation for a four-year term.

Norway’s economy and prosperity are based on the oil and gas deposits in the North Sea: Today the country is one of the largest oil exporters in the world. Oil and gas exports contributed 23% to the country’s gross domestic product (GDP) in 2012 and 69% to mineral exports, including petroleum products. GDP grew by 3.2% in 2012. The unemployment rate is a moderate 3.2%.

In addition to oil and gas, other important export goods are metals (especially aluminum, also nickel, copper and zinc), machines, ships and, above all, fish and fish products. Fishing and the timber industry are important economic factors, and fishing is often the only livelihood in the north.

Only around 3% of the country is used for agriculture: on the one hand, this is due to the extensive, unusable mountains of the country, and on the other, the climatic conditions with long and, above all, dark winters. Potatoes, cereals and vegetables are cultivated especially in the flatter southeast. Livestock farming specializes in the production of dairy products. The agricultural sector contributes just under 2% of GDP.

The energy needs for land and industry can be met by the oil reserves and by hydropower from the numerous rivers. The most important branches of industry are the metal and electrochemical industries, followed by the wood, paper and textile industries; the main exports are to Great Britain, the Netherlands and Germany. The imports – machinery, food – mostly come from Sweden, Germany and China.