The Federated States of Micronesia are located in the South Pacific and comprise a total of 607 islands (all of the Caroline Islands with the exception of Palau) with a land area of ​​702 km². Including the sea area, the state territory covers approximately three million square kilometers. The state consists of the four states Pohnpei, Kosrae, Chuuk and Yap, which are each named after their main islands of the same name. Kosrae is in the far east, around 2,500 km to the west are the islands of the Yap group. See Micronesia country abbreviation.

The islands of the Federated States of Micronesia are very different in their landscape forms. Pohnpei and Kosrae are volcanic islands with steep, rugged mountains. On Pohnpei the Nahnalaud reaches a height of 772 m, on Kosrae the Mount Finkol 629 m. The island of Yap, on the other hand, consists of sedimentary rock and has a slightly hilly landscape. The Truk (Chuuk) archipelago includes several shallow atolls that originated from volcanic activity and are surrounded by one of the largest and longest barrier reefs in the world. For many of the smaller islands, which are coral in origin and protrude just a few meters from the water, the annual rise in sea level due to global warming poses a serious threat.

The capital of the Federated States of Micronesia is Kolonia, the seat of government is in Palikir. Both cities are on the island of Pohnpei.

The islands have a tropical, humid climate with high temperatures all year round, which are between 26 °C and 29 °C. The average annual rainfall is 4,000 mm, it rains about 300 days a year. The rainfall often falls in the form of short, heavy showers. Only the months from January to March are a bit drier. In general, the amount of precipitation decreases from east to west.

Tropical cyclones occur frequently on the islands of the Federated States of Micronesia (an average of 19 per year).

The vegetation is very different on the islands. Evergreen tropical rainforest grows in the higher areas of the volcanic islands, and bush and grass savannah in the lower areas. Impenetrable mangrove forests are often found along the coast. Coconut and screw palms (pandanus) thrive on the flat coral islands with the nutrient-poor soils.

Native mammals are two bat species; all other mammals, such as dogs, pigs, cattle and deer, have been introduced by humans. Seabirds are numerous. The endangered saltwater crocodiles are still living on the western islands. In contrast to the wildlife on land, the fauna in the waters off the coast is very diverse.

According to COUNTRYAAH, 108,000 people live in the Federated States of Micronesia, just under half of them on the islands of the State of Truk (Chuuk). Just under 20% of the population live in city-like settlements, and village communities are predominant. The capital Kolonia on Pohnpei has 6 300 people; the largest city is Weno (approx. 14,000 residents) on the island of Truk.

Over 95% of the population are Micronesians and belong to one of the nine Micronesian ethnic groups; there is also a Polynesian minority. Almost all people are followers of Christianity, although the Roman Catholic and Protestant faiths are almost equally represented. The official language is English and various Micronesian dialects are spoken as colloquial.

Population growth has declined sharply in recent years and is now even negative (-0.1%), which is due to the high rate of emigration. The average life expectancy is almost 70 years. The literacy of the population is estimated at 89%. 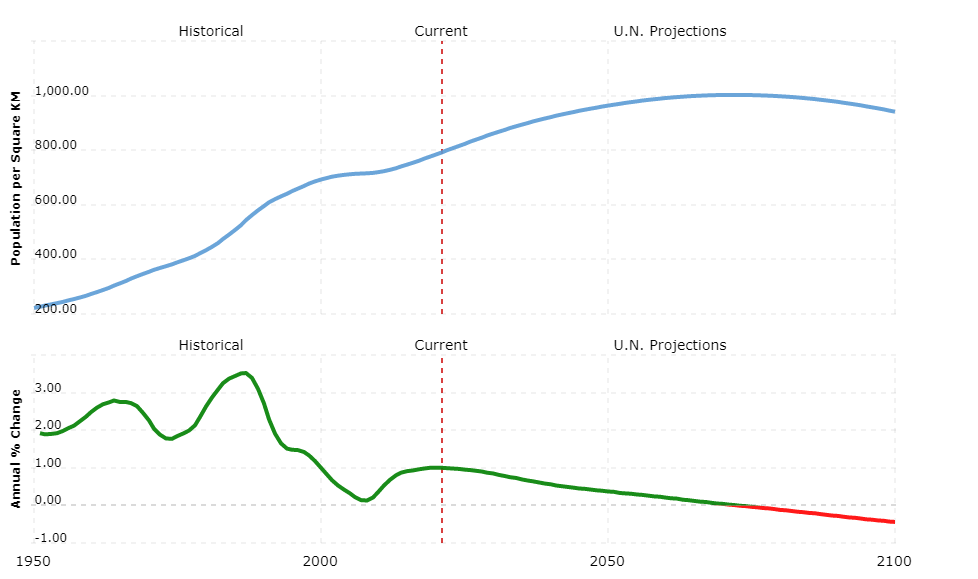 According to the 1979 Constitution, the Federated States of Micronesia is a presidential republic. The head of state is the president, who is also head of the government (since May 2007 Manny Mori). It is determined by the National Congress for a term of four years.

The President, National Congress and Supreme Court are based in Palikir on the island of Pohnpei.

The United States has been responsible for the country’s defense since 1986 through a free association agreement.

Each of the four states (Chuuk, Pohnpei, Kosrae, Yap) has its own parliament and governor.

The Federated States of Micronesia are highly dependent on US economic aid, which is based on a free association agreement. Almost a third of Micronesians live below the poverty line.

The most important sectors of the economy are agriculture and fishing. Subsistence farming predominates, betel nuts, kava, copra and shellfish are exported. The sale of fishing licenses is also important. The agricultural sector generates around 14% of gross domestic product (GDP).

The service sector accounts for almost two thirds of GDP and employs the vast majority of the working population: around two thirds work in administration.

The industry is poorly developed (12% of GDP) and is limited to the processing of agricultural products and smaller companies in the building materials industry. Crafts are made from shells, pearls and wood.

Micronesia exports go to Japan and the USA; the imports – food, mineral fuels, machinery – come mainly from the USA and Australia.

The expansion of tourism is still hampered by poor infrastructure. The road network covers a total of around 240 km, of which around 42 km are paved. Each of the four states has an international airport. The most important connections between the islands are ships and planes.