The Republic of Moldova is located in south-eastern Europe and, with an area of ​​33.843 km², is roughly the size of the German state of North Rhine-Westphalia. The country borders Ukraine to the north, east and south and Romania to the west. See Moldova country abbreviation.

The river Nistru (Dniester) runs almost parallel to the northern and eastern border with Ukraine, the Pruth forms the western border with Romania. Between the rivers lies a flat, undulating landscape with loess-rich, fertile soils. The hilly country Kodry in the center of the country is divided by valleys, here is also the highest point in the country, the Balaneschty with 429 m.

The capital Chisinau is centrally located on the banks of the Byk River, a tributary of the Nistru.

Moldova has a continental climate with large temperature fluctuations throughout the year. The average January temperatures in the capital Chisinau are -4 °C, in June the average values ​​are 21 °C. The amount of precipitation is relatively low and is around 350 mm in the south of the country and around 600 mm annually in the Kodry hills.

The original vegetation of Moldova consisted of large deciduous forests with hornbeams, oaks and linden trees. Due to the transformation into agricultural land, just under 10% of the country’s area is now forested.

Accordingly, the habitat of many animal species has been extremely restricted. Only so-called culture followers such as polecats and martens are still widespread, while animal species such as wild boar and badgers only occur in small numbers.

A total of around 4.46 million people live in the Republic of Moldova, which means an average population of 132 residents per square kilometer. The largest city is the capital Chisinau with about 716 500 residents in the metropolitan area; other cities are Tiraspol (185,000) and Bãlti (125,000).

According to COUNTRYAAH, 65% of the population are Moldovans, who are ethnically and culturally closely connected to the Romanians. Ukrainians make up around 8% of the population, Russians around 6%. The members of these two population groups live predominantly in an area east of Nistru (Transnistria) and form the majority of the population there. The Dniester Republic has been an autonomous area within Moldova since 1991. Another ethnic minority in the country are the approximately 180,000 Gagauz, who live mainly in the south of the country in the Autonomous Republic of Gagauzia (since 1994).

The largest religious community in Moldova are the followers of the Christian Orthodox Church (Russian, Greek or Romanian Orthdox), who account for over 98% of the total population. The official languages ​​are Russian and Moldovan, a variant of Romanian. Ukrainian and Turkish (in Gagauzia) are also spoken.

The Republic of Moldova is one of the poorest countries in Europe. Probably 80% of the population live below the poverty line. The social and health network is well structured, but is no longer fully functional due to a lack of funds. Child mortality is high in Europe (an estimated 4%). The average life expectancy is 69 for women and 61 for men. School attendance is compulsory for children between the ages of seven and 16; almost the entire population can read and write. 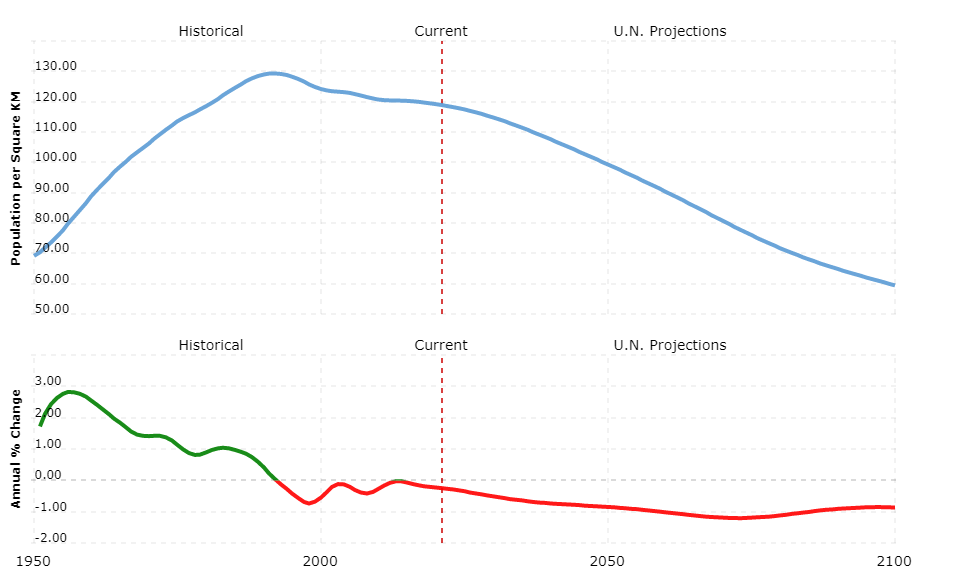 According to the 1994 constitution, the Republic of Moldova is a parliamentary republic. The head of state is the president, who is elected by parliament for a term of five years (Nicolae Timofti, since March 2012). The Prime Minister (Iurie Leancă, since May 2013) appoints the members of his cabinet.

The legislature lies with the parliament (Parlamentul), which consists of a chamber with 101 seats. The people are elected by the people for a term of four years. The main parties are the Moldovan Communist Party (PCRM), the Liberal Democratic Party (PLDM) and the Democratic Party (PDM).

The autonomous region of Gagauzia in the south of the country and the Republic of Transnistria, whose status has not yet been definitely clarified, belong to the territory of Moldova. Moldova is divided into 32 districts (Raioane) and two districts.

After independence in 1991, Moldova turned to the free market economy. For a long time, the country was unable to recover from the collapse of the Eastern Bloc markets and the resulting economic losses. After the economic crisis of 2008/2009, it is experiencing a significant upswing, but it is still one of the poorest republics in Europe. In 2012, gross domestic product (GDP) shrank slightly, by 0.8%. The low level of unemployment (5.5%) can be explained by the fact that around a quarter of Moldovans who are able to work work abroad.

Agriculture employs more than 28% of the workforce and contributes 17% to GDP. Moldova has extremely fertile soils (black earth on 90% of the agricultural area). The most important agricultural export items are fruit, vegetables, wine, tobacco and rose oil. Wheat, corn, sugar beet and sunflowers are grown for the people’s own needs. Cattle and pigs are mainly kept in cattle farming.

The most important branches of the manufacturing industry are the traditional textile industry and electrical engineering. The IT sector is growing. The energy produced by the hydropower plants is not sufficient for the supply, electricity has to be imported. Moldova is poor in mineral resources, there are deposits of limestone, quartz, gypsum and gravel.

The rail network comprises a total of around 1,200 km, the road network around 13,000 km. The Nistru River is navigable throughout. There is an international airport near the capital, Chisinau.