The federal state with the official name “Union des Comores / Union der Comoren” consists of three of the four main islands of the Comoros archipelago and lies between the eastern coast of the African continent ( Mozambique, distance approx. 300 km) and the island of Madagascar(distance approx. 400 km). The fourth main island of the archipelago, Mayotte (Maor¨¦), is a French overseas territory. The territory of the Union of the Comoros covers 1,862 km². See Comoros country abbreviation.

Njazidja (Grande Comore) is the largest of the three islands with an area of ​​1,146 km², followed by Nzwami (Anjouan) with 424 km² and Mwali (Moh¨¦li) with 290 km². All islands are of volcanic origin and are characterized by mountains. In addition to deeply furrowed slopes, plateaus and hilly landscapes are characteristic. The highest point in the Comoros is the still active Kartala volcano on the island of Njazidja, which is 2,361 m high and erupted for the last time in 1977. There are no active volcanoes on the geologically oldest island of Mwali, here erosion has removed the mountain peaks to heights of a few hundred meters. The most fertile and densely populated island is Nzwami with a multitude of bodies of water (such as the crater lake Lac Sal¨¦) and plateaus, which are crossed by deeply cut valleys.

The coastal strips on all three islands are mostly narrow, the coasts themselves mostly rocky and surrounded by coral reefs. The capital of the Comoros Union, Moroni,is located on the island of Nyazidja.

The Comoros has a tropical climate with only slight temperature fluctuations all year round. In the cooler season (May to September) the average values ​​are around 25 °C, the hottest months are February and March with temperatures above 30 °C on average. Much of the precipitation falls in the months of November to April (northwest monsoon), sometimes in the form of heavy cloudbursts. The amount of precipitation varies from region to region and is between 1,000 mm and 4,000 mm annually. Cyclones often occur in the hot months.

The Comoros Islands were originally covered by tropical rainforest, but today only in the inaccessible regions of the mountains there are remnants. A large part of the areas today are characterized by savannas and plantations. Mangroves grow on the coasts.

There is not much biodiversity in the Comoros wildlife, but there are some rare and endemic animals. In addition to some species of birds and turtles, these include Mongozmaki, which belongs to the semi-monkeys, and the Great Tanrek, a hedgehog-like animal. The coastal waters with the coral reefs have a very large number of aquatic animals. In 1938, the coelacanth, which was long considered extinct, was rediscovered, a predator fish of around 1.5 m in length.

The Comoros are descendants of immigrants from India, Africa, Arabia and Indonesia. In general, the Arabic-Islamic influences are greater on the islands of Njazidja and Nzwami, while those from Madagascar and Africa are more decisive on Mwali. The largest ethnic groups are the Antalote, Makoa and Sakalava. Almost all Comorans are Sunni Muslims (almost 98%) and use Comorian (Shikomoro, a form of Kiswahili) as the colloquial language. The official languages ​​are Arabic and French. With just under 2% of the total population, Christians are a religious minority.

The Comoros Union is one of the poorest countries in the world. Social and health systems are poorly developed. Child mortality is 7.5%, around 43% of the population are younger than 14 years. According to COUNTRYAAH, the average life expectancy is 62 years. Population growth is 2.2%. Children are required to attend school for eight years, including two years of Koran school. Nevertheless, the literacy rate is very low at 57%. 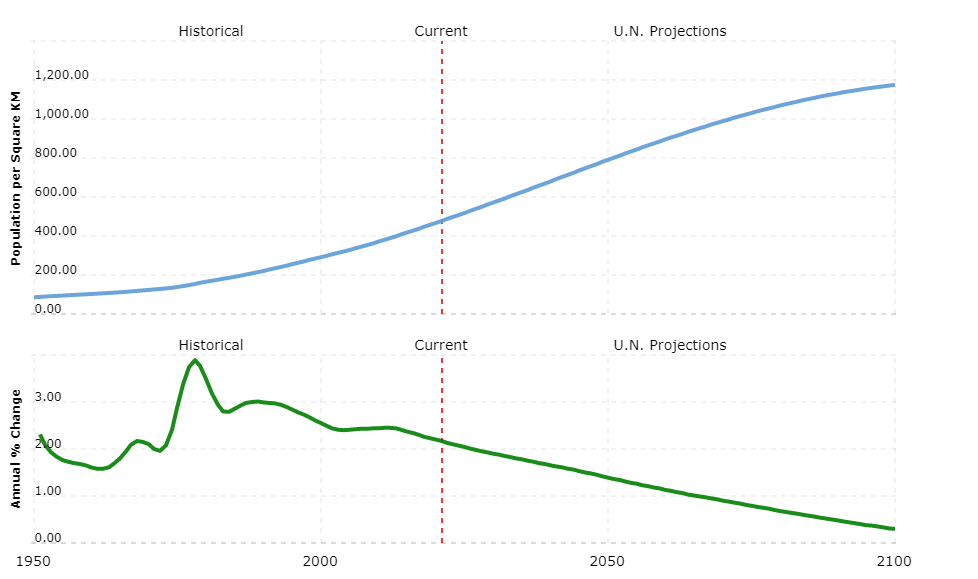 The Comoros Union is an Islamic Federal Republic; their legal system is based on the Islamic Sharia and the French system. The Union consists of three islands based on the 2001 constitution. Each individual island has extensive autonomy rights, has its own parliament and elects a governor.

The head of state of the Union of the Comoros is also head of government (Ikililou Dhoinine since May 2011) and is alternately elected by each of the three islands every five years. He appoints the ministers.

33 members sit in the Parliament, the Union Assembly (Assembl¨¦e de l’Union). Nine of them are sent by the individual island assemblies, 24 by general election. The term of office is five years.

As one of the poorest countries in the world, the Union of the Comoros is highly dependent on foreign financial and development aid. The main problems of the economy include the lack of raw materials, the rapid growth of the population, their low level of education and high unemployment. Almost half of the population lives below the poverty line.

The most important industry is agriculture, which contributes around 45% to gross domestic product (GDP) and employs 80% of the workforce. Maize, potatoes, cassava, bananas and rice are mainly grown for the people’s own needs. Food must be imported. The most important export items are vanilla, cocoa, copra, cloves, pepper and ylang-ylang, from which the base material for perfume is obtained. The export items are mainly grown on plantations that are in the hands of French companies.

The industry is poorly developed with only 4%. Small businesses process food or produce soap and essential oils. Despite several initiatives, tourism plays a subordinate role for the Comoros economy.

The most important trading partner for export and import (food, petroleum products, machinery, chemical products) is France; In addition, imports are primarily from South Africa and the United Arab Emirates, mainly exported to the United States and Singapore.

The road network covers a total of around 880 km, of which around 670 km are paved. The individual islands are connected by flights and shipping lines. There is an international airport on the island of Njazidja.

The currency is the Comorian franc.