The Andes form the core area of ​​the country and are divided into three mountain strands, all of which run north: West, Central and East Cordilleras. Between the mountains are long valleys, which are irrigated by the large rivers Rio Magdalena, Rio Cauca and Rio Atrato. The Rio Magdalena is the largest river in the country. It has a length of around 1,550 km from its 3,500 m high origin in the central cordillera to its mouth in the multi-armed delta on the Caribbean Sea. The Rio Cauca is the largest tributary of the Rio Magdalena and measures 1,015 km. The Rio Atrato in northwest Colombia is around 750 km long and flows from the western Cordillera to the Gulf of Urab¨¢ in the Caribbean Sea. The southern and eastern parts of the country are occupied by wet savannas and tropical rainforests.

The eastern lowlands occupy about two thirds of the state. In the south it borders on the Amazon and in the north on the Orinoco lowlands. The numerous rivers of the eastern lowlands originate in the eastern Cordillera and flow inland to the Amazon and Orinoco. Other smaller lowlands are the Caribbean lowlands, which are overlooked by the 5 778 m high Pico Crist¨®bal Col¨®n as part of the Sierra Marta, and the Pacific lowlands, which are in front of the coastal cordillera. The islands also include Isla de San Andr¨¦s, Isla de Providencia and Cayos de Albuquerque, which are located off the coast of Nicaragua, as well as the uninhabited Pacific island of Malpelo.

The German researcher Alexander von Humboldt was already impressed by the diversity of Colombia’s plants. The Pacific coast and the south of the eastern lowlands are covered by tropical rainforests. Numerous lianas and mosses as well as types of epiphytes, also known as epiphytes, grow here. Pineapple plants, ferns and orchids belong to this type of plant. The northern part of the eastern lowlands consists of grasslands and savannah. The mountain slopes are covered with mountain forest, which changes into cloud forest from an altitude of 2,800 m. So-called P¨¢ramos regions follow above the tree line, a form of vegetation that is associated with tufted grasses, upholstery plants and rosette and woolen candle plants. These plants are fire-resistant in many cases and have adapted well to the low temperatures and high humidity.

Pumas and jaguars, sloths and armadillos, anteaters and several species of monkeys, tapirs, raccoons and glasses bears are native to the rainforests of Colombia. Among the reptiles are the numerous snake species, but also alligators, caimans, turtles and lizards. Earthworms, which can reach a length of up to 1.5 m, are unusual. The plateaus are home to over 1,500 different species of birds, including toucans, also known as pepper eaters. The country’s rivers are populated by numerous freshwater fish, such as eels and catfish.

Colombia has a total population of around 45.31 million; the population grows by an estimated 1.5% annually. The largest city with around 7.19 million is Bogot¨¢, the country’s capital, which is located in a high basin of the Eastern Cordillera at 2,640 m above sea level. NN lies. Population centers are the high basins of the mountain valleys and the greater Bogot¨¢ area. In addition to the capital, the country has three other cities with over a million residents: Medell¨ªn, Cali on the Rio Cauca and the Caribbean port city of Barranquilla.

According to COUNTRYAAH, 58% of the population are mestizos, i.e. half-breeds between whites and Indians, 20% are whites and 14% mulattoes (half-breeds between Europeans and Black Africans). Blacks represent 4%. There is also an Indian minority. 95% of Colombians belong to the Christian faith, the vast majority of whom are Roman Catholic. The national language is Spanish.

The average life expectancy in the South American state is 72 years. 92.5% of Colombians can read and write. 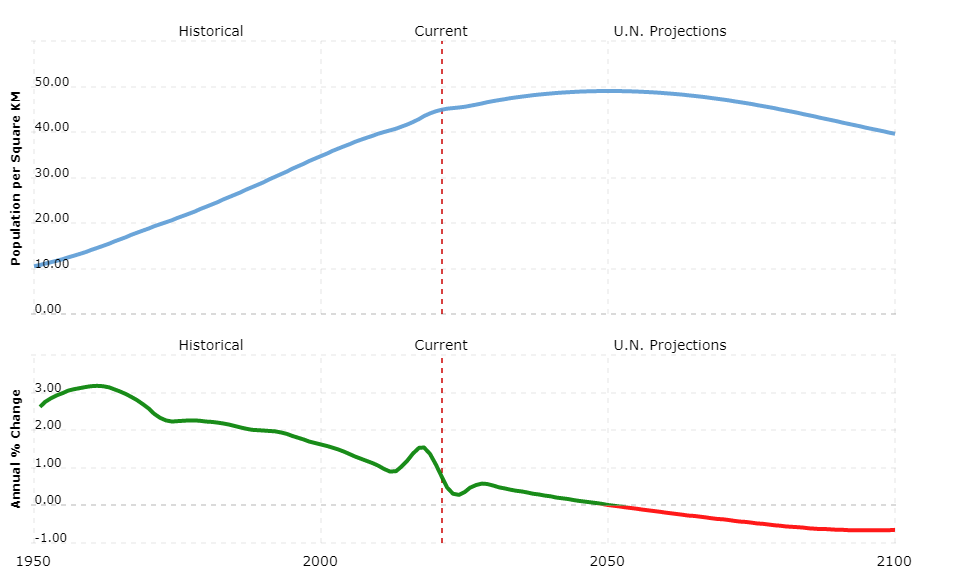 The Republic of Colombia is a presidential democracy. The president (since August 2010 Juan Santos Calder¨®n) as head of state is at the same time head of government and commander-in-chief of the army and is directly elected by the people for four years (one-time re-election possible). He appoints and dismisses the cabinet members.

The country is administratively divided into 32 departments and the Distrito Capital of Bogot¨¢.

The basic orientation of the economic order is neoliberal market economy, foreign investments are mostly without a permit. The service sector generates 61%, the industry 61% and the agriculture 7% of the gross domestic product. Despite the ongoing armed conflict, economic growth of 5.9% was achieved in 2011.

Combating drug-related crime has dominated daily life in Colombia for decades. According to a drug expropriation law passed in 1996, detainee drug bosses can be expropriated and Colombian nationals can be extradited to the United States, in fact. Illegal marijuana and cocaine production and trade are estimated to exceed the value of legal exports. Drug cartels continue to have a major impact on the politics, administration and economy of the Andean state even after waves of arrests.

In the area of ​​industrial production, the chemical and textile industries, vehicle construction and pharmaceuticals predominate, in the agricultural sector it is the cultivation of coffee, cocoa beans, bananas, flowers, sugar cane, corn and vegetables. Livestock farming also plays an important role. Mining is also important for the country’s economy. In addition to crude oil and natural gas, Colombia has large coal deposits, which are mined in particular on the La Guajira peninsula. Colombia is the world leader in the field of emerald mining, and the precious metals gold, silver and platinum as well as iron, nickel, copper and rock salts are mined.

Despite the politically difficult situation, over a million foreign guests visit the country every year, making tourism an important source of foreign currency. The main destinations are the Caribbean coast and the pre-Columbian sites in the highlands.

The country’s most important inland waterway is the 1,500 km navigable Rio Magdalena, the most important seaports are the Buenaventura in the Pacific, Barranquilla, Cartagena, Santa Marta and Puerto Bol¨ªvar on the Caribbean coast. Of the approximately 113,000 kilometers of road, only 26,000 are paved. The main international airports are in Bogot¨¢, Medell¨ªn, Cali, Barranquilla, Cartagena and on Isla San Andr¨¦s.

The currency is the Colombian peso (= 100 centavos).