The Rep¨²blica de Costa Rica, the official Spanish name, is located in Central America. It has two neighboring countries: North Nicaragua and Southeast Panama. In the east, the country borders on the Caribbean Sea, in the west on the Pacific. With a size of 51 100 km², Costa Rica is roughly the size of the German state of Lower Saxony.

The country has coastal lowlands and a mountainous interior. Two mountain ranges run almost the entire length of the country: the Cordillera Volc¨¢nica in the north, the Cordillera de Talamanca in the south, which is divided into three further mountain ranges. The country’s highest mountain is Mount Chirrip¨® Grande in the Cordillera de Talamanca with a height of 3 820 m. The active volcanoes Iraz¨² and Po¨¢s can be found in the Cordillera Volc¨¢nica. In front of the volcanoes is a central valley (Meseta Central), which is divided into two parts: an eastern part, which is traversed by the R¨ªo Reventaz¨®n, and a western part, which is dominated by the R¨ªo Grande de T¨¢rcoles. While the R¨ªo Reventaz¨®n flows into the Caribbean Sea, the R¨ªo Grande de T¨¢rcoles flows from the mountains to the Pacific. See Costa Rica country abbreviation.

The Caribbean coast of Costa Rica is only slightly structured, beaches change into a wide lowland plain, which takes up about a fifth of the country’s area. The lowlands on the approximately 1,000 km long Pacific coast are only about half the size and have smaller valleys and plains. Here are two peninsulas, the Pen¨ªnsula de Nicoya with up to 1 168 m high mountains and further south the Pen¨ªnsula de Osa.

The tropical climate in Costa Rica shows only slight seasonal temperature fluctuations and is characterized by a dry (December to April) and a rainy season (May to November). The average temperatures in the capital, San Jos¨¦ (1,160 m above sea level) in the center of the country are 19 °C in January and 21 °C in July. They rise in Puerto Lim¨®n on the Caribbean Sea to 24 °C in January and 25 °C in July, in Puntarenas on the Pacific the temperatures average 28 °C to 29 °C all year round. The annual rainfall, on the other hand, is extraordinarily high in Puerto Lim¨®n at 4,225 mm; the year-round rainforest on the Caribbean coast has precipitation values ​​of up to 6,000 mm. With the exception of the ever-humid south-east, the Pacific region of Costa Rica is alternately humid, only there is the average amount of precipitation up to 3,000 mm (Puntarenas 1,085 mm, San Jos¨¦ in the central highlands 1,800 mm).

Evergreen tropical rainforests can be found in the Caribbean and southern Pacific lowlands. The dense forests cover about a third of the country. Among the woods, the noble woods of the cedar plants are particularly noteworthy, which are red-brown and have a golden sheen. The rest of the Pacific region is covered by rain green dry and damp forests. Mountain forest and cloud forest follow at altitudes above around 500 m. Numerous evergreen oaks grow in the Calamanca region. The tree line is over 3 100 m. From this height, grassy fields and the typical P¨¢ramo, which consists of hard grasses, bushy, branched and densely leafed upholstery plants and mountain bushes, grow.

The fauna of Costa Rica is just as diverse as the flora. Numerous mammals live in the region, which as a land bridge has influences from both North and South America. Mammals such as red deer, big cats, weasels, coyotes, otters and foxes can be found from North America, and anteaters, monkeys and sloths come from South America. In addition to the numerous mammals, the rainforest in particular offers a large number of insects and tropical birds and reptiles, the exact number of which has not yet been researched.

Around 4.7 million people live in Costa Rica. The country’s largest city is San Jos¨¦, which lies at an altitude of 1,160 m at the foot of the Central Cordilleras in a high basin and has a population of 356,000. Other important cities are the Caribbean port and provincial capital Lim¨®n with 65,600 residents and Puntaarenas, capital of the province of the same name, which is the most important port city on the Pacific with around 36,000 residents.

The population of the republic is very homogeneous. About 90% of the people are whites of old Spanish origin. The country’s largest minorities are mestizos, Asians and mulattos. According to COUNTRYAAH, about 3,000 Chibcha Indians live in remote forest areas. The main settlement area is the Valle Central, where more than half of the population lives. The official language is Spanish with a typical national accent. For example, Costa Rican citizens replace the ending “-tito” with “-tico”, which earned them the nickname “Ticos” in Central America. The vast majority of the population is Roman Catholic, about 15% are Protestant.

The population growth of the South American state is 1.6% annually due to strong immigration, the average life expectancy is 77 years. 96% of Costa Ricans can read and write. 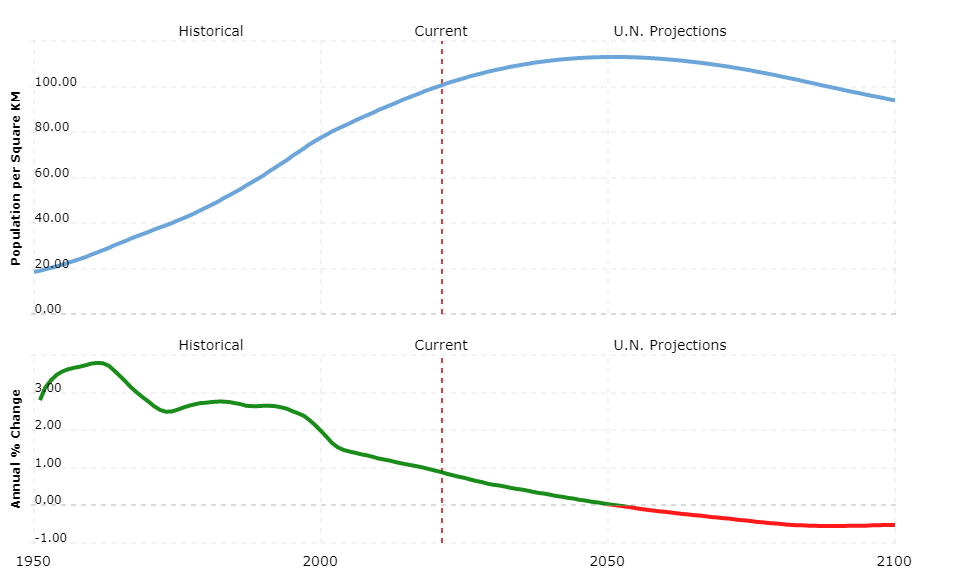 According to the 1949 constitution, Costa Rica is a presidential republic. The president, elected directly by the people for four years, is also head of government (Luis Guillermo Sol¨ªs, since May 2014). Immediate re-election is excluded. The head of government appoints the cabinet members who are directly responsible to him.

Parliament is represented by the Legislative Assembly (Asamblea Legislativa). This counts 57 deputies who are elected for four years. There is a compulsory choice from the age of 18. The country’s most important parties are the Social Democratic Partido de Liberaci¨®n Nacional (PLN), the left-liberal Partido Acci¨®n Ciudadana (PAC), the Frente Amplio (FA), the Christian-Democratic Partido Unidad Social Cristiana (PUSC) and the right-liberal Movimiento Libertario (ML).

The country is divided into seven provinces, which consist of cantons and districts.

Tourism is one of the main sources of income for the small state; most of the approximately 2.4 million tourists a year (2013) come from the United States and Canada. Around 55,000 tourists came from Germany in 2013. The main attractions are the different natural regions of Costa Rica with tropical rain and cloud forests, mangrove groves, volcanoes and palm beaches. In order to protect the rare fauna, the country has successfully turned to eco-tourism in recent years and established the national parks as a central attraction. More and more travel providers are adding Costa Rica to their offer. If you really want to get to know the country “from the inside”, you should use individual programs for Costa Rica trips.

Costa Rica is one of the most economically and politically stable countries in Central America. Tourism and the export of electronic goods in particular are important pillars of the economy. Tourism is now the most important source of foreign exchange.

The importance of agriculture has decreased in recent decades, but it is even more important source of foreign currency (bananas, pineapple, coffee). It now only contributes 6% to gross domestic product (GDP). The country has only a few mineral resources, the most important of which are bauxite and copper, but both are still not mined. In addition, the tropical forests are an important raw material, but large areas have already been cut down to make room for banana plantations, arable and pasture land. A special feature of Latin and South American ownership is the fact that the majority of the farmers are also landowners.

Even though high-tech industrial goods are the most important export-oriented part of the economy, services represent the largest domestic economic factor with 69% of GDP.

The country’s hydropower plants would have the potential to meet both domestic needs and supply energy for export. At the moment, 85% of the energy is generated from hydropower. The largest hydropower plant is located on the Arenal Lagoon in the Guanacaste province on the Nicaragua border. The lake that is dammed for this purpose also forms the largest drinking water reservoir in the country.

The main trading partners are traditionally the USA, but also China, the Central American countries and Mexico. The most important port on the Atlantic is Lim¨®n, on the Pacific Puntarenas and Caldera. There are international airports near the capital San Jos¨¦ and in the northwest near Liberia.

The currency is the Costa Rica Colon.