The Republic of Uzbekistan is located in Central Asia and, with an area of ​​447,400 km², is about a third larger than Germany. The country borders Kazakhstan in the west and north, Kyrgyzstan in the northeast, Tajikistan in the east and Afghanistan and Turkmenistan in the south. See Uzbekistan country abbreviation.

Over three quarters of Uzbekistan’s territory is made up of deserts and steppes. The sandy desert Kysylkum is centrally located in the middle of the country and covers about 40% of the total area. To the south is the Karakum desert, the majority of which is located on Turkmenistan’s territory. In the east, the Kysylkum merges with the steppe landscape and the country rises to several mountain ranges prone to earthquakes. In the border area with Tajikistan is the Gissar Mountains, which reach heights of up to 4,300 m. On the border with neighboring Kyrgyzstan, Uzbekistan has a share in the Tian Shan Mountains (up to about 4,200 m).

The mountain ranges enclose several valleys, the fertile Fergana basin is one of the largest. The valley is irrigated by the Syrdarja River, which, like the Amudarja, rises in the Central Asian mountain systems. Both rivers originally flowed into the Aral Sea, which is located in the north of Uzbekistan and through which the state border with the neighboring country of Kazakhstan runs. Today both rivers seep away in the desert because large amounts of water are drawn for irrigation projects. Only in exceptionally rainy times do the water courses reach the Aral Sea, which has now shrunk to one fifth of its original size.

The capital, Tashkent, is in northeastern Uzbekistan.

Uzbekistan has a continental climate, which is characterized by dry, hot summers and relatively mild winters. In the lower regions, the average January values ​​are around 2 °C, in the high mountain regions around -10 °C. Average values ​​of approx. 30 °C are measured in the lowlands in July, the maximum values ​​can be over 40 °C. The average July values ​​are below 20 °C only above approx. 3,000 m. Summers are extremely dry, and most of the precipitation falls in the winter half-year. Up to 1,000 mm are measured annually in the high mountains, and around 150 mm in the desert and steppe areas of the lowlands.

Deserts and steppes characterize Uzbekistan, just under 3% of the country’s area is forested. In the rainier regions of the country in the mountains there are maple, walnut and pistachio. A large part of the deserts are almost without vegetation, only plant species adapted to the drought such as desert grass, dwarf shrubs and sand acacias can grow here. Extensive grasslands can be found in the steppe regions.

Typical desert animals such as spring mice, a large number of reptiles such as monitor lizards, lizards, geckos and snakes and the desert lynx caracal find a suitable habitat here. The saiga antelope and the goat gazelle are rare. Siberian ibex, snow leopard, wolves, brown bears and the rare screw goat live in the mountain regions. Of the originally numerous freshwater fish species in the Aral Sea, only a few species remain due to the strong salinization of the lake.

A total of around 26.85 million people live in the Republic of Uzbekistan, around 37% of them in cities. By far the largest city is the capital Tashkent with about 2.21 million residents, other cities are Samarkand (368,000 residents), Namangan (423,000), Andishan (344,000) and Bukhara (275,000). Most cities are located in the agricultural areas in the east of Uzbekistan, while the desert areas in the western part of the country are only sparsely populated. The average population density is around 60 residents per square kilometer.

According to COUNTRYAAH, 80% of the population are Turkic Uzbeks, 5.5% are Russians, most of whom live in the capital, Tashkent. The approximately 5% Tajiks live mainly near Bukhara and Samarkand. Other ethnic minorities are Kazakhs, Tatars, Kyrgyz, Turkmen and the approximately 450,000 Caracal Paks who live in an autonomous region in western Uzbekistan. The official language is Uzbek, Russian is still very important as an everyday language. The languages ​​of the ethnic minorities are also spoken. Almost nine tenths of the population of Uzbekistan are followers of Islam, mostly Sunni. Approx. 8% are Christian Orthodox. There is a strict separation of state and religion, the government tries to control Islamic religious movements in the country.

The standard of living of the population is low due to Uzbekistan’s economic and ecological problems. In rural areas, an estimated 60% of the population live below the poverty line. The average life expectancy is 65 years. 7% of infants die shortly after birth. Population growth has risen to around 1.4%. School attendance is compulsory for children between the ages of six and 15, and the educational opportunities in the country are good, so literacy is practically extensive. 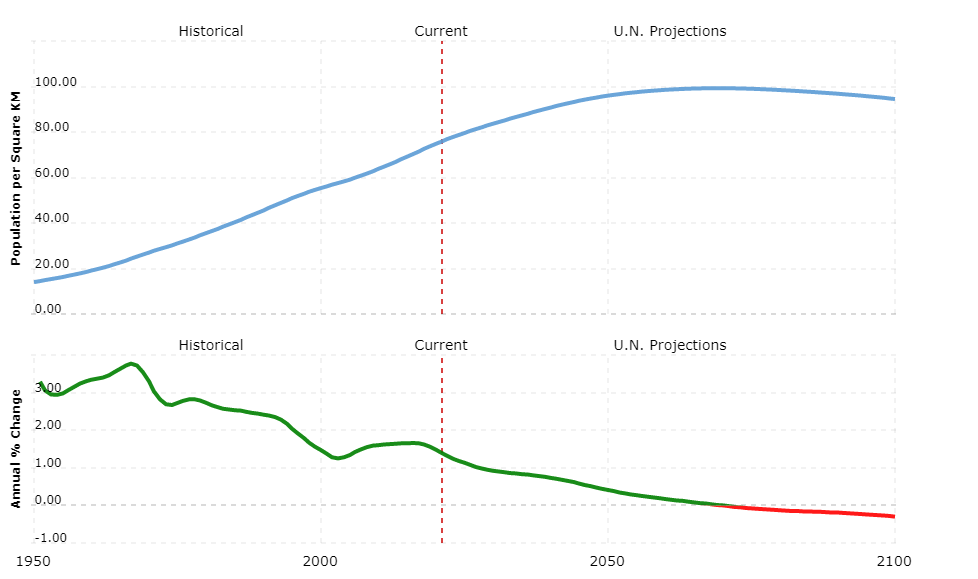 According to the 1992 constitution, Uzbekistan is a republic with a presidential system. The head of state is the president elected by the people for a term of seven years, who is also the commander-in-chief of the armed forces. The current President, Islam A. Karimov, was elected by the Supreme Soviet of Uzbekistan in 1990 and has been confirmed three times since then, although the constitution provides for a maximum of two terms. The President appoints the Prime Minister as head of the government (Shavkat Mirziyoyev since December 2003) and the cabinet members.

The legislature lies with the Parliament (High Assembly, “Oli Majlis”), which is divided into two. The Upper House (Senate) has 100 members, 84 of whom are determined by regional councils and 16 by the president. The legislative lower house has 150 seats; 135 people are elected by the people, 15 seats are reserved for the “ecological movement”. Senators and MPs have a five-year term.

Uzbekistan is divided into twelve provinces (viloyatlar), a city district (shahar) and the Autonomous Republic of Karakalpakstan.

Uzbekistan is still in the transition to a market-based system. The liberalization of the economy, privatization and structural reforms are making slow progress. The official unemployment rate is a low 0.3%; however, a fifth of the population is clearly underemployed. A quarter of the Uzbeks (far more in rural areas) live below the poverty line.

Around a tenth of the country’s area can be used for agriculture, a large part of which must be artificially irrigated. Almost a third of the workforce is employed in this area. The most important agricultural product is cotton (Uzbekistan is one of the world’s largest cotton exporters). Other important products from the agricultural sector are silk and sheep’s wool, which form the basis for the manufacture of textiles and carpets. Cereals, potatoes, fruits and vegetables are grown to meet the food needs of the population. Around two thirds of the food has to be imported.

Uzbekistan has rich deposits of natural gas, oil, coal, gold, silver, uranium, molybdenum, copper, lead, zinc and tungsten. The country is one of the most important producing countries for uranium, copper, gold, molybdenum and tungsten. Natural gas and oil are also mined. The main branches of industry are mining, mechanical engineering, textile industry, chemical industry and the food and beverage industry. The majority of the companies have outdated technical equipment.

Russia is the most important trading partner for exports (natural gas, oil and petroleum products, cotton, mineral products, metals), followed by Kazakhstan and China. The main imports are machinery and technical products, food and chemical products. The main supplier countries are Russia, South Korea and China.

The transport network is relatively well developed compared to that of neighboring countries. In addition to around 3,900 km of rail, there are approximately 81,000 km of roads available, of which 71,000 km are extended. There is an international airport in the capital, Tashkent. Some other airports offer connections to Russia.