The islands of the republic lie in the border area of ​​the Indian-Australian and the Pacific plate, a tectonically unstable region. The volcanic origin of the islands is evident in the strongly jagged mountain tops and the graded high plateaus. Nine of the Vanuatu volcanoes are still active, they are located on the islands of Ambrym, Tanna and Lop¨¦vi, and there are three submarine volcanoes. The highest peak is the Tabwemasana on the island of Espiritu Santo with 1,879 m.

The capital Port-Vila is located on the island of Éfat¨¦.

The climate on the islands of Vanuatus is tropical and humid, the temperatures are almost constant all year round (average value 25 °C). Generally it is a bit cooler and drier on the southern islands. The average rainfall is around 3,800 mm in the north and 2,300 mm in the south. Most of the precipitation falls from November to April, during which hurricanes can also occur.

Evergreen tropical rainforests in all their biodiversity predominate on the northern islands of the Republic of Vanuatu (in total around 75% of the land area is forested). Mangroves and coconut palms grow on the coasts. Dry forests and savannas dominate in the southern islands, where rainfall is lower and average temperatures are somewhat lower.

Only the fruit bats related to the bats are native mammals, all others (horses, pigs, dogs, cats) were introduced by humans. In contrast, the bird and reptile world is rich in species. In addition to numerous seabirds (frigate birds, shearwater, terns), there are also various types of parrots. The poisonous Pacific boa occurs frequently on reptiles. A diverse marine fauna can be found in the waters off the coasts of the islands.

A total of around 211,000 people live on the islands of the Republic of Vanuatu. 67 of the total of 82 islands are inhabited, and the four largest islands, Espiritu Santo, Mal¨¦koula, Éfat¨¦ and Erromango, are home to almost a third of the total population. Just under 22% of people live in urban settlements. The largest city is the capital Port-Vila on Éfat¨¦ with about 37 700 residents. Luganville on Espiritu Santo has almost 13,000 citizens. The average population density is 17 people per square kilometer.

According to COUNTRYAAH, 98% of the population are of Melanesian origin, Polynesians, Micronesians and Europeans form minorities. About three quarters of the population belong to Christianity, especially the Presbyterian (31%) and Anglican churches (13%). In addition, various natural religions are practiced. The official languages ​​are English, French and Bislama (Pidgin English with French elements). A total of around 100 different languages ​​and dialects are probably spoken.

The tribal association traditionally plays an important role in the social life of the population. Medical care for the population is sufficient. The average life expectancy is around 63 years. The population growth is 2.5% and has therefore decreased significantly. The literacy rate is around 53%. 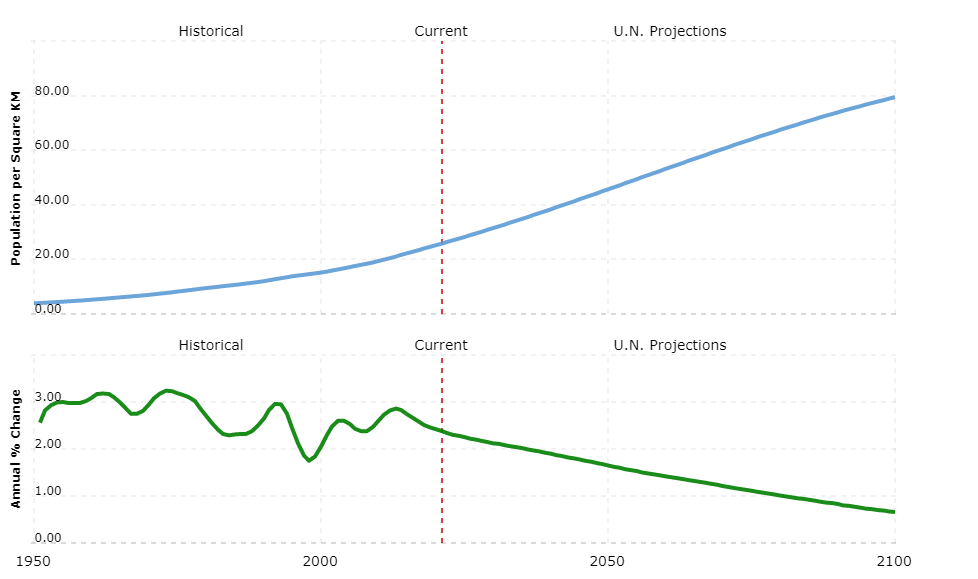 Vanuatu is a parliamentary republic in the British Commonwealth of Nations under the 1980 Constitution. The head of state is the president elected for a five-year term by parliament and the chairman of the provincial parliaments (Baldwin Lonsdale since September 2014). The National Council of Chiefs has an advisory role. The executive is exercised by the Council of Ministers under the leadership of the Prime Minister as head of the government (since May 2014 Joe Natuman). He is usually the leader of the ruling party.

The legislature lies with the parliament, whose 52 deputies are elected by the people for four years.

Vanuatu is divided into six provinces.

Agriculture is responsible for 25% of gross domestic product (GDP), and two thirds of all workers are employed in this sector. The main crops are copra, coconuts, cocoa, coffee, taro, jams, vegetables and tropical fruits. Cattle farming, fishing and forestry are also important.

The industry (11% of GDP) is limited to the production and processing of food. Wood processing and handicrafts are also important.

The service sector has the largest share of gross domestic product (GDP) with 64%. With the exemption from taxes and duties, Vanuatu has developed into one of the leading financial centers in the Pacific region, meanwhile numerous banks and credit institutions have settled here.

Tourism is an increasingly important sector of the economy, which has helped the country to achieve great prosperity in regional comparison. New (luxury) hotels have emerged, especially on the main island of Efate.

The most important trading partners for exports (copra, cocoa, coffee, wood, beef) are Thailand, the Ivory Coast and Japan. Machines and vehicles, fuels and foodstuffs from China, Singapore, the USA, Japan and Australia are mainly imported.

The currency is the Vatu.