The “Republic East of Uruguay” (Rep¨²blica Oriental del Uruguay) is located on the east side of South America and with an area of ​​176 215 km² is the second smallest country in the subcontinent (after Suriname) and about half the size of Germany. In the north and northeast the country borders on Brazil, in the southeast on the Atlantic, in the south on the R¨ªo de la Plata reaching about 300 km inland and in the west on Argentina. The Uruguay River gave the country its name.

Uruguay is defined by two large landscapes: In the south of the country, along the R¨ªo de la Plata, which is the common mouth of the Uruguay and Paran¨¢ rivers, there is an approx. 120 km wide lowland with fertile loess soils. Otherwise, the landscape is dominated by a flat-wave hilly country, which is the continuation of the Brazilian highlands. Only about 10% of the country’s surface lies above 200 m above sea level. In the east, the highest range of hills in Uruguay is the Cuchilla Grande with the Cerro de las Ánimas (501 m).

The longest river in the country is the R¨ªo Negro with around 800 km, which originates in Brazil and flows into the R¨ªo Uruguay. Over a length of around 600 km, this forms the border with neighboring Argentina (total length approx. 1,650 km).

The capital Montevideo is located in the south of the country on the north bank of the R¨ªo de la Plata.

The climate in Uruguay is subtropical. In the winter months (June to September) the average temperature is around 10 ¡ãC, in January an average of 23 ¡ãC. Cold air can break in due to the cold south wind (Pampero), in which case the temperature drops by 20 ¡ãC within a few hours. The average rainfall is around 1,000 mm annually, with the rainfall in the south being significantly higher than in the north of the country. The rains are distributed throughout the year, the largest amounts fall in March and April.

The wide grassy areas of the Campos are mainly used as pastureland today. Natural forests can be found along the rivers (gallery forests), in total only about 6% of the country’s area is forested. The original vegetation, which consisted mainly of low trees and hard grass, is hardly present.

The population of wild animals is declining. Larger mammals such as jaguar and puma occur only occasionally. Foxes, deer, armadillos, capybaras, river otters and caimans live among other things in the area of ​​the river courses. The bird life is more diverse, including nandus, cranes, herons and owls.

According to COUNTRYAAH, 3.42 million people live in Uruguay, a third of them in the metropolitan area of ​​the capital Montevideo (approx. 1.33 million). Overall, almost 92% of the population live in cities. The average population density is 19 people per square kilometer, but is much lower in rural areas. The majority of Uruguayans are whites (almost 90%) mostly of Spanish descent or are descendants of Italian, French, British and German immigrants. The indigenous people (Charrua) are considered extinct. Mestizos (8%), blacks and mulattoes are only minorities. The official language is Spanish, Indian dialects no longer occur. The colloquial language, which is a mixture of Spanish and Portuguese, is called “Portunol” or “Brazilero”.

Uruguay is one of the “welfare states” in South America. Education and social services in the country are well developed so that 98% of the population over the age of 15 can read and write. School attendance is compulsory for children aged six to 15 years. Life expectancy averages 76 years, population growth is 0.3%. Health care for the population is also well developed, especially in the cities, sometimes inadequate in rural areas. 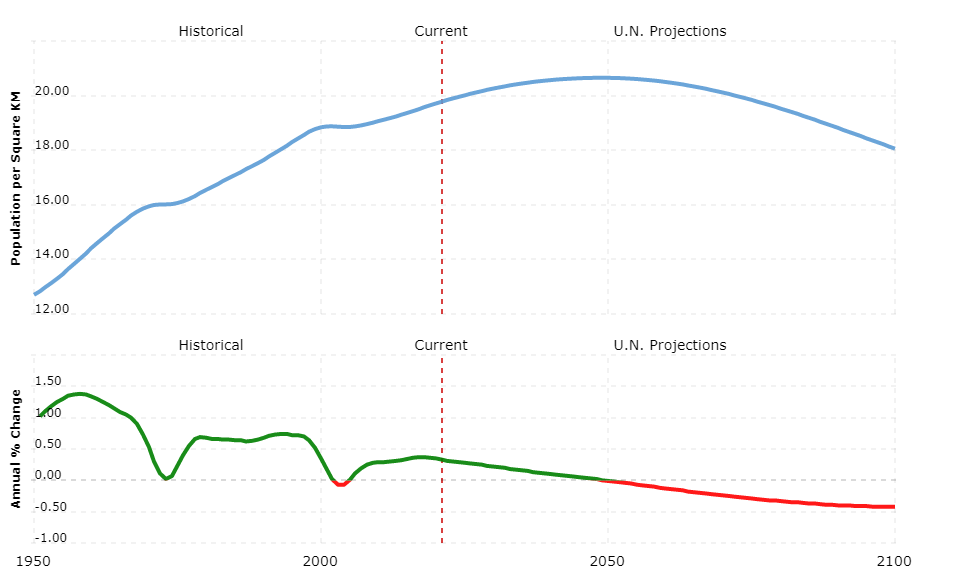 Uruguay is a presidential republic under the 1967 constitution. The head of state and government is the President (Jos¨¦ Mujica Cordano since March 2010), who is directly elected by the people for a five-year term (no direct re-election possible). He needs Parliament’s approval to appoint his cabinet.

The legislature lies with the Parliament (Asamblea General), which consists of two chambers: the Senate (Camara de Senadores) has 30 seats, the members are elected by the people for five years, the Chamber of Deputies (Camara de Diputados) has 99 seats; Here, too, the members are elected by the people for a term of five years. The most important political parties are the center-left alliance Frente Amplio (FA), which currently represents the head of state, the middle to center-right Partido Nacional (Blancos) and the center-right Colorado party (PC).

The Uruguayan legal system is based on Spanish civil law.

Uruguay is divided into 19 provinces (departments).

The emerging market’s market economy system has a large state sector. Economic growth in 2012 was 3.8%. The high inflation rate is around 8%. The unemployment rate in 2012 was a low 6.1%.

Agriculture generates around a tenth of the gross domestic product (GDP). By far the most important agricultural sector is livestock farming, whose products generated more than half of the total export earnings. More than three quarters of the country is used as pasture all year round, especially for cattle, sheep and horses. Large companies (Estanzias) with more than 1,000 hectares of land dominate. Around 7% of the country’s area is used for agriculture, the main crops are cereals, sugar cane, corn, potatoes, cotton, peanuts, rice, vegetables and fruit. Fishing is important for export, and forestry plays no role in the economy due to the small number of forests.

A quarter of GDP is generated in the industrial sector. The leading industries are food processing, sugar manufacturing and leather and textile manufacturing. Hardly any mineral resources are mined in Uruguay.

Most people are employed in the service sector (67%), especially in the public service and banking. In the third economic sector, there has been strong growth in recent years, also due to the positive development of the tourism industry. The majority of tourists come from neighboring Argentina. Near Montevideo are some of the most exclusive beach resorts in South America.

In 1991, Uruguay, together with Argentina, Paraguay and Brazil, founded the “Common Market of the Southern Part of South America” ​​(MERCOSUR / Mercado Com¨²n del Cono Sur), which is intended to improve economic cooperation between the countries, for example by gradually reducing tariffs. The MERCOSUR countries play an important role in both exports (meat, grain, wood and cork) and imports (machines, vehicles, petroleum), followed by China and the USA.

The infrastructure in Uruguay is well developed. The largest seaport is Montevideo, there are international airports here and at Punta del Este.