The Syrian Arab Republic is located in the Middle East and, with an area of ​​185 180 km², is about half the size of Germany. The country borders Israel, Lebanon and the Mediterranean to the west, Turkey to the north, Iraq to the east and Jordan to the south.

The coastal strip on the Mediterranean is up to 30 km wide and merges eastwards into a plateau that mainly consists of rocky desert and desert steppe. The Euphrates flows through the plateau for a length of around 670 km from the northwest to the southeast. In the southeast of the country is the Syrian Desert, which continues in the neighboring countries of Iraq and Jordan. The south is characterized by volcanoes and lava fields, to the west there are mountains (Antilibanon and Hermon) that reach heights of up to 2,800 m. In the south-west of Syria is the basalt plateau of the Golan Heights, an area occupied by Israel (1,295 km²). Antilibanon continues northwards in the Alawite Mountains, which runs almost parallel to the coast.

The capital Damascus is located in the southwest of the country.

In the coastal areas of Syria there is a Mediterranean climate with dry and hot summers and mild, rainy winters. The average temperatures in January are around 16 °C, in summer over 30 °C. The average annual rainfall is 500 mm. Inland there is a continental climate, here the mean January temperatures are around 7 °C, in July around 27 °C. In the mountains in the west of the country, rainfall amounts to around 1,000 mm are measured, in the east the precipitation decreases to less than 100 mm. In the desert areas, daytime temperatures of up to 40 °C are reached, while temperatures can drop below freezing at night.

Macchia and tree species such as cypress, tamarisk, pine, oak, Aleppo pine and occasionally Lebanon cedar grow predominantly in the coastal areas and the rainy slopes of the mountains in western Syria. In the drier inland region, steppe predominates with grasses and shrubs. To the east, the steppe changes into desert steppe and then into full desert, there is virtually no vegetation here.

The habitat of many animal species was restricted by the expansion of the cultivated land. In the steppe and desert steppe there are jackals, different types of hamsters and lizards. Numerous flamingos and pelicans live in the coastal areas and on the banks of the Assad Reservoir.

Around 18.45 million people live in Syria, around half of them in cities. The largest city is the capital Damascus with about 1.75 million residents, the city of Aleppo in northern Syria is slightly larger (by 2 million residents). The coastal strip is the densest, the desert areas in the east of the country are the thinnest.

According to COUNTRYAAH, 90% of Syrians are Arabs, the largest minority with around 7% are Kurds; Armenians, Circassians and Turkmen are small minorities. An estimated 300,000 Palestinian refugees are in Syria.

Islam is not a state religion, there is religious tolerance. 74% of the population are Sunnis, while the Alawite Islamic sect has a share of about 12% of the total population. Smaller groups belong to other Muslim directions, eg B. are Druze or Shia. Around 9% of Syrians are Christians. The official language in Syria is Arabic, and Kurdish and Armenian are also spoken.

Population growth is relatively high at around 2.3%. The average life expectancy is 70 years. School attendance for children between the ages of six and twelve has been compulsory since 1970, but 23% of the population cannot read and write. The illiteracy rate for women is almost twice that of the male population. There are several universities in the country. 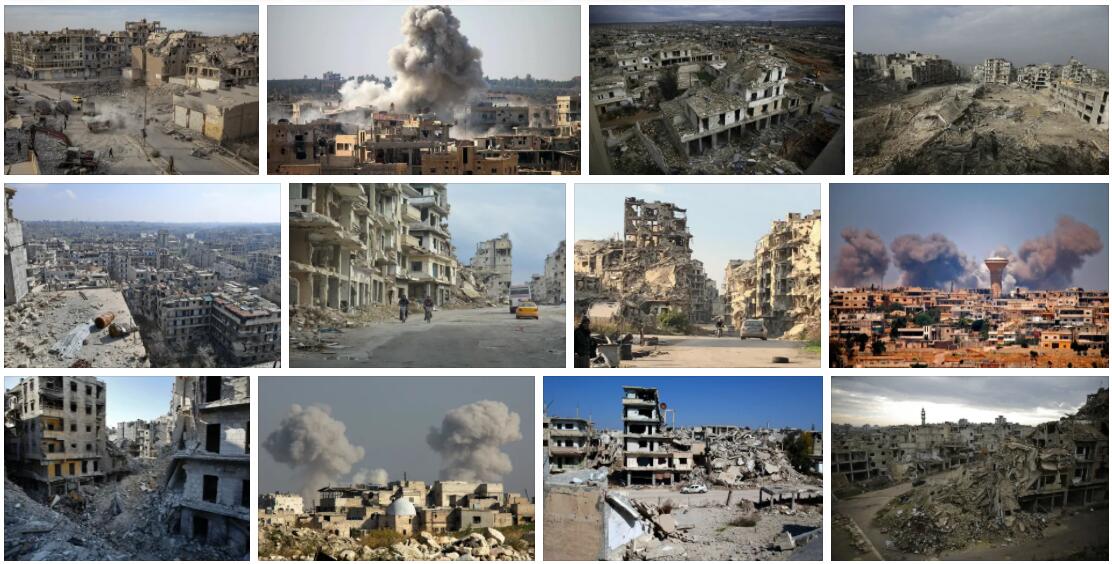 According to the 2012 constitution, Syria is a socialist people’s republic with a presidential system. The state president (Bashar al-Assad since June 2000), who must be a Muslim by constitution, is proposed by the dominant Baath party and elected by the people for a seven-year term. The President appoints the Prime Minister (Wael al-Halki since August 2012) and the Ministers.

The legislature lies with the People’s Assembly (Majlis al-Schaab) with 250 members. The people are elected by the people for a term of four years. An alliance of pro-regime parties, the so-called “National Progressive Front” led by the Baath party, dominates the parliament.

Syria is divided into 13 provinces (Muhafazat) and the capital region. The legal system is based on Sharia law, Islamic law.

Despite the liberalization of the economy, the state continues to dominate according to the country’s socialist orientation (including through import and export controls, fixing the currency). The number of private companies is increasing in agriculture, retail and craft. The high proportion of the unemployed remains problematic (hidden at over 30%). President Bashar Al-Assad has made economic liberalization, market opening and administrative reform the main concerns of his economic reform policy.

Almost 30% of all employees work in the agricultural sector, where just under a fifth of gross domestic product (GDP) is generated. Around 29% of Syria’s area is used for agriculture, but a large part of it is only used for irrigated agriculture. Water shortages are a constant problem. Cotton is mainly grown for export (4.5% of the export volume), and a large part of the fig and apricot harvest is also exported. Fruit, vegetables, cereals, olives, tobacco and sugar cane are cultivated for personal use. In the low-precipitation areas in the central and eastern areas of Syria, livestock farming dominates, especially sheep and goats are kept.

The largely nationalized industry also generates around a quarter of GDP. Most of the technical systems are considered outdated and the infrastructure is inadequate. The most important areas of industry are chemistry, petroleum, coal, food and beverages, textiles and tobacco. The most important raw materials in Syria are crude oil and natural gas, over 60% of export earnings are generated from crude oil and petroleum products. With the current production volume, the deposits will probably be exhausted in about 20 years (natural gas: 25 years). Other raw materials are phosphates, chromium, iron and manganese ore.

In the 1980s, the countries of the Eastern Bloc were the main trading partners of Syria, today these are primarily the countries of the European Union. Turkey, the PRC and Italy are the most important trading partners for the import of goods (food, machinery and means of transport, metals, industrial goods) and for exports (oil and petroleum products, cotton, agricultural products).

The western part of Syria is well developed, with a large part of the road network covering a total of 95,000 km, of which 19,000 are paved. Around 2,700 km are available on rails. The most important port is Latakia. Damascus, Aleppo and Latakia are served by international airlines.

The currency is the Syrian pound.