After the southern Sudan 2005-2011 already autonomy status within the Sudan had achieved, he said on July 9, 2011 as the Republic of South Sudan’s independence. With a size of approximately 620,000 km², about a third of the area of ​​the former Sudan,the new state borders Sudan in the north, the Central African Republic in the west, Uganda,the Democratic Republic of the Congo and Kenya in the south and in the east Ethiopia.

In the north of South Sudan there are savannas and dry forests, in the south the country is bordered by the Asande and the Central African threshold. The country’s highest mountain (Kinyeti 3 187 m) is located in the southern border area to Uganda. In the south of the country is the large swamp and flood area of ​​the Sudd, which consists of countless water courses of the Nile and its tributaries and often impenetrable vegetation.

South Sudan is characterized by a tropical climate with high temperatures and a lot of rain. The rainy season falls from April to November, the majority of the average 1,000 mm of precipitation per year falls during these months.

The temperatures in South Sudan are always above 30 °C during the day, even at night they hardly drop below 20 °C. With 35-37 °C it is the hottest in the months of November to February.

South Sudan is very different from the desert-dominated Sudan in the north. In the north and center of southern Sudan, fertile soils predominate, on which savannas and dry forests can be found. In addition to lions, hyenas and leopards, the fauna of South Sudan mainly includes gazelles, giraffes, ostriches, buffalo and elephants. Their inventory is declining. Two national parks and reserves are said to secure it.

The most fertile zone in the country is in the south in the flood areas of the Sudd. Papyrus, reed grasses, hyacinth plants and many different marsh plants grow here, as well as remnants of tropical rainforests with mahogany trees. Crocodiles and hippos as well as numerous water birds also live in the rivers. The Nile swamp areas of the Sudd are extremely rich in fish, which is the basis of life for the local population.

In contrast to Islamic Sudan, South Sudan is mainly Christian. Of the approximately eight million residents, just over three million are Catholics or Anglicans. There are also many followers of local tribal or natural religions.

According to COUNTRYAAH, the population of South Sudan is made up of a large number of heterogeneous tribes, the most important of which are Dinka, Nuba, Beja, Nuer as well as Azande, Fur, and Kawahla. 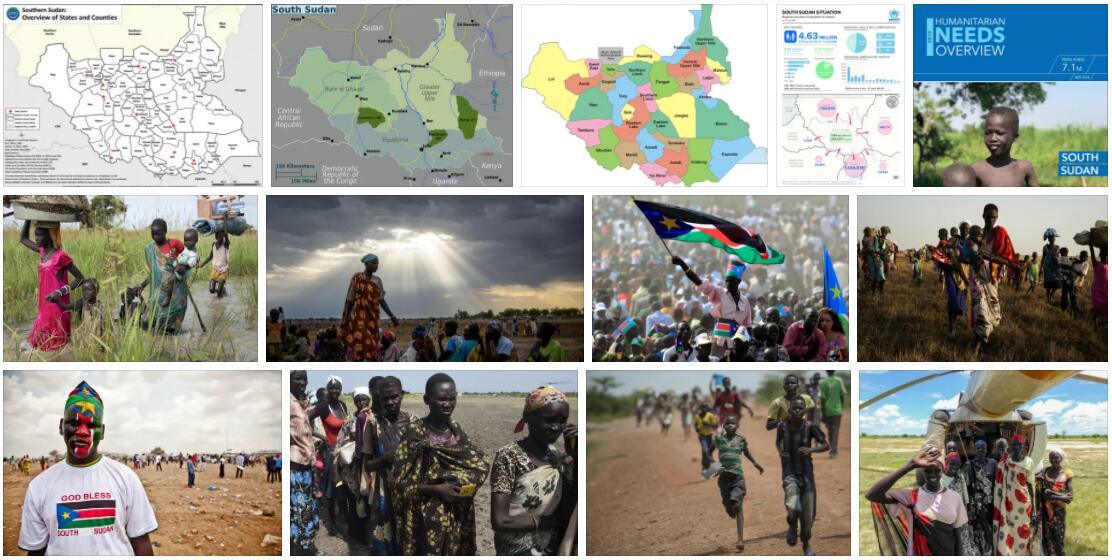 South Sudan declared independence on July 9, 2011 as a republican, presidential democracy. The constitution is a transitional constitution. The President of South Sudan is Salva Kiir Mayardit (since July 2001), who has been Vice President of the National Unity Government under Sudan’s President Omar Hassan Ahmad al-Bashir since 2005. The president is directly elected by the people every five years. The parliament has 170 members.

Unlike Sudan’s Islamic Sharia law, the legal system of the is based on British common law.

The administrative structure of Sudan has been retained; South Sudan is divided into ten of the formerly 26 states of the former all of Sudan.

The most important industry is agriculture, which is responsible for the majority of jobs in South Sudan. However, due to the years of civil war, large parts of the actually fertile soil are not cultivated, which leads to famines and poverty within the population. The returning refugees exacerbate this problem.

The main source of income for South Sudan is the export of oil. Around three quarters of all former Sudanese oil sources have been located in South Sudan since independence. To export the oil, however, it is necessary to transport it via pipelines from Sudan to the Red Sea. In February 2012, South Sudan completely stopped producing oil. The reason is that Sudan’s transit fees are too high. This brought about a collapse in the state revenue of both countries.

The rail link between Wau and Khartoum was reopened in 2010. The road network is mostly unpaved. There are international airports in Juba and Malakal.

The currency is the South Sudanese pound.