The Republic of the Marshall Islands is located in the western Pacific and consists of 34 atolls with a total of around 1,200 islands. In two roughly parallel rows, the islands extend over a length of around 1,200 km in a northwest-southeast direction. The state’s land area is 181 km², including the sea area it is around 1.5 million square kilometers. The Marshall Islands border Kiribati in the south and the Federated States of Micronesia in the west.

The eastern chain of islands (Ratak = sunrise) consists of 16 partially large atolls (Mili, Majuro, Maloelap, Wotje, Likiep), the western row of islands (Ralik = sunset) has 18 atolls (including Kwajalein, Bikini, Eniwetok, Jaluit, Ailinglapalap, Rongelap). The largest of the atolls is the Kwajalein Atoll with 97 islands. All islands protrude just a few meters above sea level. They were created from corals that were built on a volcanic cone sunken in the sea. Global warming, which has led to a steady rise in sea levels, predicts that experts will flood some of the Marshall Islands by the middle of this century. See Marshall Islands country abbreviation.

Three small islands of the Majuro Atoll, which are connected by dams, form the capital Dalap-Uliga-Darrit, which extends over a length of about 5 km, but is only about 200 m wide.

The Marshall Islands have a tropical climate with high temperatures all year round. The average is 26 °C on the north atolls and about 28 °C on the south. The annual rainfall is regionally different due to the north-south expansion and is between 2 500 and 3 400 m. Much of the rainfall falls from April to November, while it is drier from December to March. Tropical cyclones occur between September and November.

Due to the nutrient-poor soil, the vegetation in the Marshall Islands is poor in species. Especially coconut palms, screw (pandanus) and breadfruit trees grow here, mangroves occur on the coasts.

The only native mammals are bats. Numerous seabirds such as shearwater, albatross, gannets, seagulls, frigate and tropical birds inhabit the coastal regions. The underwater world in the coral reefs is also rich in species.

Around 65,000 people live in the Marshall Islands, two-thirds of them on the Majuro and Kwajalein atolls. 25 of the 34 atolls are inhabited. The Bikini and Eniwetok Atoll were heavily exposed to radiation due to the nuclear weapons tests carried out by the United States in the years 1946 to 1958 and were uninhabitable for decades. After disinfection measures, both islands have been declared habitable again since 1998, but no official investigation results are available on any remaining radiation hazard.

Despite a tendency to emigrate, population growth is 3.3%; the residents of the islands live to average 70 years. They are 97% Micronesian descent. Descendants of American, German and Japanese immigrants form minorities. Almost all residents of the islands are committed to Christianity (over half of the population is Protestant), and traditional religions are sometimes associated with it. The official languages ​​are English and “Marshallese” or Kajin-Majol, which is one of the Micronesian languages. According to COUNTRYAAH, the literacy of the population is given as 93%. 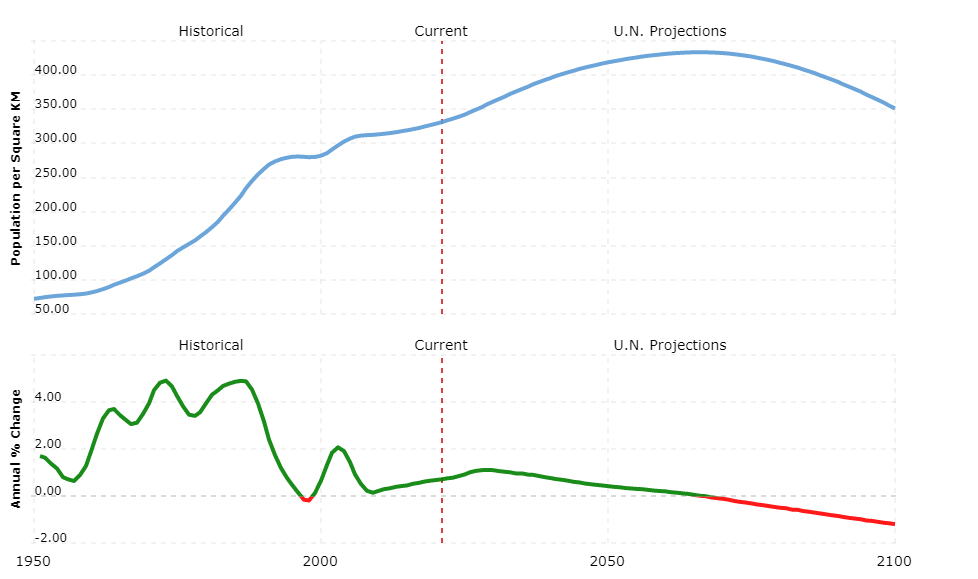 According to the 1979 constitution, the Marshall Islands are a sovereign presidential republic. The head of state is the President, who is also head of the government (Christopher Loeak since January 2012). He is elected by Parliament for a four-year term and appoints his own cabinet.

The parliament consists of a chamber (Nitijela) with 33 deputies who are elected directly by the people for four years. The Council of Oriij with twelve members has an advisory function. There are no political parties, but there are several interest groups that influence the political process.

Through a free association agreement (since 1983), the United States represents the republic’s defense interests and maintain military bases on the islands. In return, the Marshall Islands receive extensive financial aid.

The Marshall Islands are divided into 34 administrative units.

The Marshall Islands are heavily dependent on US financial assistance, which is provided on the basis of a free association contract. Its own economic strength is low. About a third of the population is unemployed.

The most important economic sectors are agriculture and fishing. Coconut oil, copra and fish are the main export items of the Republic. For their own use, tomatoes, melons, breadfruit and bananas are grown. Food has to be imported.

With the exception of phosphate deposits, the islands have no significant raw materials. The industry is poorly developed and focuses on the processing of agricultural products and the production of textiles. High quality handicrafts are made on a small scale.

The tourism industry, which is currently being developed, currently generates almost 70% of gross domestic product (GDP). Diving tourism is a focus due to the large number of coral reefs and lagoons and the numerous shipwrecks from the Second World War. With the establishment of the world’s largest sanctuary for sharks, the government is trying to further emphasize this aspect. Sport fishermen have also discovered the Marshall Islands as an area with good conditions.

The USA, Japan and Australia are the most important trading partners for both exports and imports (mineral fuels, food, consumer goods, machinery, vehicles).