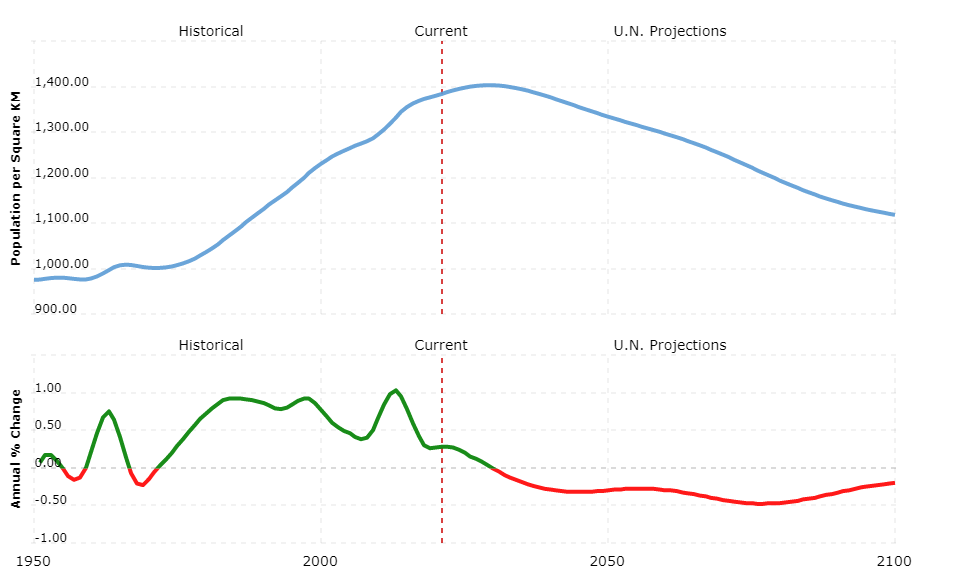 The Republic of Malta lies about 90 km south of Sicily in the Mediterranean Sea and consists of the three islands Malta (246 km²), Gozo (67 km²) and Comino (3 km²). The three islands, along with two smaller, uninhabited islands, form the rest of a land bridge that connected Sicily to North Africa 15 million years ago.

The main island of Malta occupies around 80% of the total national area (316 km²) and consists of a limestone plateau which gradually rises from the northeast to the southwest to a height of up to 253 m (Bingemma Heights). Large areas are karstified, there are no rivers or natural lakes on the island. The coast is rich in bay and flat in the north and east, in the south and west there are cliffs with numerous caves. The capital of the Republic, Valletta,is located on the island of Malta.The island of Gozo is five kilometers northwest of Malta and also consists of a limestone plateau that is up to 176 m high. The island of Comino, which is only three square kilometers in size, is located between Gozo and Malta.

Malta has a Mediterranean climate with hot summers and mild winters. In the capital Valletta, the average temperature in July is 26 °C, in January 13 °C. In summer, maximum values ​​of up to 42 °C can be reached. The average annual rainfall is 550 mm and falls mostly from November to February.

There is hardly anything left of the original island vegetation, today there are hardwood plants and shrub willow (maquis and garigue), which have taken the place of the former forests. Typical examples include thyme, lavender and milkweed. Many of the plant species available today have been imported to the island, such as oil and carob trees, Aleppo pine and oleanders.

Larger wild animals are no longer found in Malta. The animal world is poor in species, eg hedgehogs, mice, rabbits, rats, lizards and snakes are common. It is still common to hunt local songbirds (larks, thrushes, blue alder) and the migratory birds that pass through twice a year.

A total of 399,000 people live in the Republic of Malta, most of them on the main island. With over 1 260 residents per square kilometer, the population density is very high. The largest city is Birkirkara with around 22 500 residents, followed by Qormi (18 500) and Mosta (18 100). The capital Valletta has around 7 100 residents. According to COUNTRYAAH, 95.7% of the population are Maltese, the descendants of the many different conquerors of the islands (Phoenicians, Arabs, Italians, Normans). The largest minority are British with around 2% of the total population. An estimated 400,000 Maltese live abroad.

The official languages ​​in Malta are English and Maltese, an Arabic-language with Italian elements. Over 95% of the population are Roman Catholic, the British on the island are mostly Anglicans.

Malta is a parliamentary republic under the constitution adopted in 1974. The head of state is the President (George Abela since April 2009), who is elected by the parliament for five years and primarily performs representative tasks. The head of the government is the Prime Minister (since March 2013 Joseph Muscat), who is usually the representative of the strongest party in Parliament and is appointed by the President.

The legislature lies with the parliament, which consists of one chamber. The 67 members are elected by the people on the basis of proportional representation for a term of five years. The ruling party is sometimes granted additional seats to ensure a stable majority in parliament. The two major political parties in Malta are the Nationalist Party (NP) and the socialist Labor Party.

Malta has relatively stable growth rates and is one of the wealthiest countries. The unemployment rate for 2012 was 6.4%.

Agriculture only plays a subordinate role, only around 20% of the population’s own needs can be covered by Maltese products and only 2% of the gross domestic product (GDP) is generated in this sector. Potatoes, citrus fruits, melons, cereals (wheat, barley) and wine are mainly grown. On the small island of Comino there is intensive sheep farming.

The most important economic sectors are electronics and textile production, Valletta’s shipyards in Grand Harbor and Marsamxett Harbor, trade, insurance and banking, service providers and tourism. 77% of GDP is generated in the service sector; the number of visitors is constantly increasing.

The main exports of Malta are mineral oils and lubricants, as well as machinery and transport equipment, which are bought by China, Singapore, the United States and the major EU countries. Above all, the same goods are imported; these come mainly from Italy and other EU countries.