Bangladesh is located in South Asia and, with an area of ​​almost 144,000 km², is a small, very densely populated country. It borders India to the west, north and east, and a short stretch to Myanmar in the southeast. In the south, Bangladesh lies on the Bay of Bengal. See Bangladesh country abbreviation.

Around 90% of the country is flat lowlands, the hills and mountains of the Chittagong Hills are only in the southeast (the highest elevation is the Keokradong at 1,230 m). Coming from the north, the Ganges and the Brahmaputra flow to Bangladesh and form a multitude of tributaries and river arms. In the southern part of the country, the rivers form the so-called Ganges-Brahmaputra Delta, which covers an area of ​​approximately 56,000 km². In the delta area are the Sundarbans, a landscape characterized by countless backwater, small islands and large mangrove forests and one of the largest swamp areas in the world.

Every spring, the Ganges and the Brahmaputra carry the meltwater from the Himalayas with them, and the summer monsoons that begin in May (until October) and the resulting rainfall mean that almost the entire country is flooded within a short period of time. On the one hand, the soil is constantly supplied with new nutrients and is very fertile, on the other hand, the floods claim a large number of lives every year.

The climate in Bangladesh is characterized by the constantly blowing monsoon winds: The south-west monsoon brings the country a large part of the precipitation from May to the end of September (in the south on average approx. 1,500 mm, in the north approx. 5,000 mm). The northeast monsoon brings dry air with it in the winter months. Temperatures are high all year round (January mean temperature of 19 °C, July 29 °C). Especially in the months of April and May, severe cyclones (cyclones) often occur in Bangladesh, which lead to storm surges and severe flooding. One of the most violent cyclones claimed countless lives in 1991: According to official figures, there were 140,000 people who died in the floods, and unofficially there were around half a million.

Only less than a quarter of the country’s area is covered by forests. The rainforests in the eastern lowlands are practically cut down, while the Chittagong Mountains still have large areas of tropical rainforest. The Sundarbans, which take their name from the Sundari trees that are over 20 m high, are covered with mangroves. These bushes and trees growing in the water form an often impenetrable thicket and reach heights of between 2 and 10 m, rarely up to 30 m. Typical are the aerial roots protruding from the water, through which the plant supplies the roots in the mud area with oxygen.

Bangladesh is a small but extremely densely populated country, so the habitats for wild animals are only sparse. Many animal species such as the rhinoceros have already died out or are in danger of extinction (such as the Malaysian bear). Especially in the Sundarbans and in the forests of the Chittagong Mountains you can still find remnants of the once existing animal world. These include Bengal tigers (Bengal tigers), leopards, Indian elephants, collar bears, various snake (cobra, tiger phytonton, various poisonous water snakes) and bird species (peregrine falcon, hoopoe, osprey). One of the endangered animal species is the Ganges dolphin, which can be found upstream in the estuaries and in the rainy season. In adaptation to the cloudy water, his eyes are sharply receded, and he mainly specializes in acoustic orientation.

The country is inhabited by a total of 154 million people. According to COUNTRYAAH, around 98% of the population of Bangladesh belong to the Bengal Indo-European people. Parts of this people also live in the areas bordering to the west in India (West Bengal), where they are adherents of Hinduism, while in Bangladesh the majority of the population (approx. 89%) are committed to Islam with a Sunni character. Other ethnic groups are the Bihari and the Santal, and in the Chittagong Mountains there are a small number of residents who are counted among the Mongolian peoples.

Around 9% of Bangladeshi people are adherents of Hinduism, and there are also small groups of Christians, Buddhists and followers of natural religions. The official language is Bengali, which is spoken in different dialects. Depending on the level of education, English is understood and spoken, with more than half of the population (almost 70% of women) being illiterate.

Bangladesh is one of the most densely populated countries in the world with over 1,000 residents / km². Population growth is very high at around 2%. Less than a quarter of the population lives in the cities, most people are scattered across the country in small villages. Poverty prevails, almost half of the population lives below the poverty line, and the health and social services offered by the state and privately are insufficient. Last but not least due to the repeated floods that destroy crops and dwellings, Bangladesh is one of the poorest countries in the world. The century flood in September and October 2000 left more than five million people homeless. 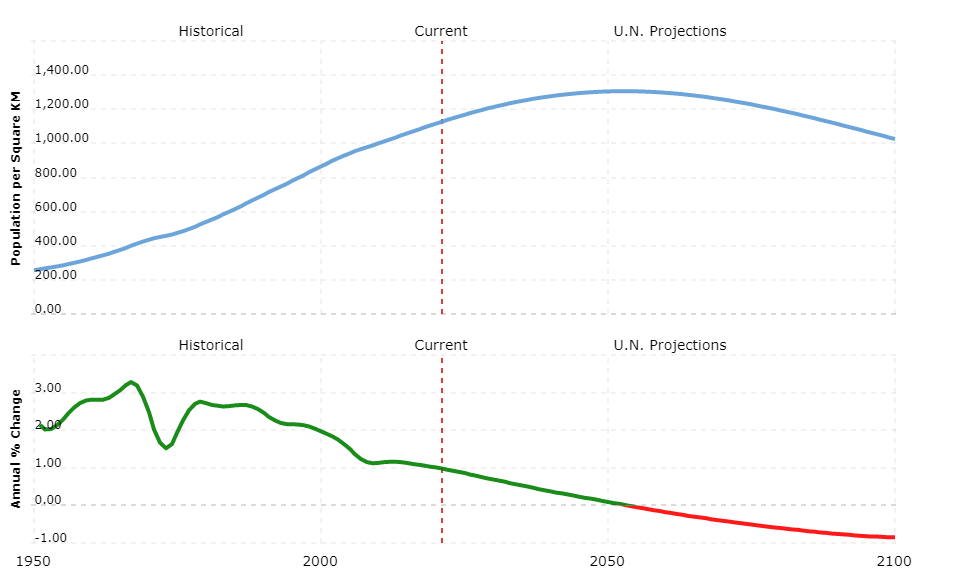 Since the constitutional reform of September 1991, Bangladesh has again been a parliamentary democracy (after the 1972 constitution, there was a presidential republic). The head of state is the president elected for five years (Iajuddin Ahmed, since 2002), whose position is largely limited to representative tasks (one-time re-election possible). The executive rests with the governance that the Prime Minister holds. President Ahmed proclaimed a state of emergency in February 2007 after serious unrest. Since then there has been a transitional government headed by Fakhruddin Ahmed.

The unicameral parliament (Jatiya Sangsad) has 300 seats; the people are elected every five years by the people as representatives of the individual regions. Citizens receive the right to vote at the age of 18.

The main parties are the Bengali National Party (BNP), the Awami League and the Islamic League.

Agriculture is the most important economic sector in Bangladesh, with a little more than half of the workforce. Small businesses with subsistence farming are the most common. On the one hand, the climatic conditions mean that up to three harvests per year are possible, on the other hand, severe weather and floods repeatedly lead to devastating crop losses. Rice fields account for around 80% of the area under cultivation, and legumes, tobacco, various types of fruit and tea are also grown. For export, mainly jute is grown, which accounts for almost a quarter of the total export volume.

Fishing is also very important and has a share in exports. In order to meet the needs of the local population, food must be imported. Other imported goods are machinery, chemical products, steel and iron, clothing and fossil fuels.

Bangladesh has only limited natural resources, and natural gas and coal are extracted. The manufacturing industry is not very developed: Small businesses, in which children often work, are more common. The few large plants produce jute and textiles for export.

Since Bangladesh has to import significantly more goods than it can export, the country has a very high foreign trade deficit and is dependent on foreign aid and the foreign currency that is transferred from Bangladeshi living abroad. The imports come mainly from China, India and Kuwait; exports go to the USA and 12% to Germany.

Due to the consequent liberalization of the economy and state support programs since the constitutional reform, industrial production was able to grow (approx. 27% of GDP, which in turn grew on average 5% per year). However, setbacks for economic growth mean the numerous politically motivated strikes and extensive corruption, which also deter investors. Tourism hardly plays a role in Bangladesh.