Barbados is a small island nation with an area of ​​431 km². The island is located in the Atlantic Ocean as the easternmost of the Lesser Antilles and represents an over-sea summit of the Barbados ridge, which extends from the South American mainland north through Trinidad to Barbados. The island consists of limestone and sandstone banks on which a layer of coral lime is up to 90 m thick. See Barbados country abbreviation.

From the west, the country gradually rises to a maximum of 337 m (Mount Hillaby) in the central highlands. In the north east the country drops steeply (Hackleton’s Cliff, 300 m) to the hilly country Scotland District. The south east coast of the country is flat, especially in the west and south there are wide, white sandy beaches with offshore coral reefs. The capital of Barbados, Bridgetown, is on the west coast of the island.

Barbados has an alternating humid tropical climate with relatively low temperature fluctuations throughout the year (January 24 °C, July 27 °C average temperature in Bridgetown). The temperatures rarely drop below 18 °C, the maximum values ​​are just over 30 °C. In the rainy season from July to November, a large part of the abundant precipitation falls, the highest annual amounts are measured in the central highlands (approx. 2,200 mm), while in Bridgetown on the west coast it is approx. 1,200 to 1,300 mm. The rainwater seeps away quickly in the permeable soil, so that there are no constantly flowing waters. Cyclones can occur in the summer and autumn months.

Extensive sugar cane plantations and cultivated land have long displaced the original rainforest, which once covered almost the entire island. In Turner’s Hall Wood there is a remaining stock of the tropical forest on an area of ​​approx. 18 ha.

The animal world has only a few species. There are various species of monkeys, mongooses (mongoose), rabbits and lizards. In April and May, leatherback turtles lay their eggs on the beaches. In addition to hummingbirds, there are numerous water birds such as seagulls and herons. The areas around the island include dolphins, barracudas, parrotfish and flying fish.

About 290,000 people live in Barbados, over 100,000 of them in the Bridgetown area. The country is very densely populated with about 650 people per square kilometer. The majority of the population of Barbados (around 80%) are black, the descendants of the slaves imported from Africa from the 17th century. Just under 4% are whites, the rest are mulattos and Asian immigrants. The official language is English, the colloquial language is Bajan, a regional dialect.

According to COUNTRYAAH, the majority of the population of Barbados are Christians, here the Anglicans are the largest religious community (approx. 30% of the total population). Further Protestant groups as well as Catholics, Jews and followers of Islam follow.

The standard of living in Barbados is relatively high compared to other Caribbean countries, and the social and health services are well developed. The average life expectancy is 73 years. Literacy is almost complete. A large income gap and the lack of jobs mean that many young men in particular migrate abroad, so that despite a birth surplus, the population has fallen in recent years. 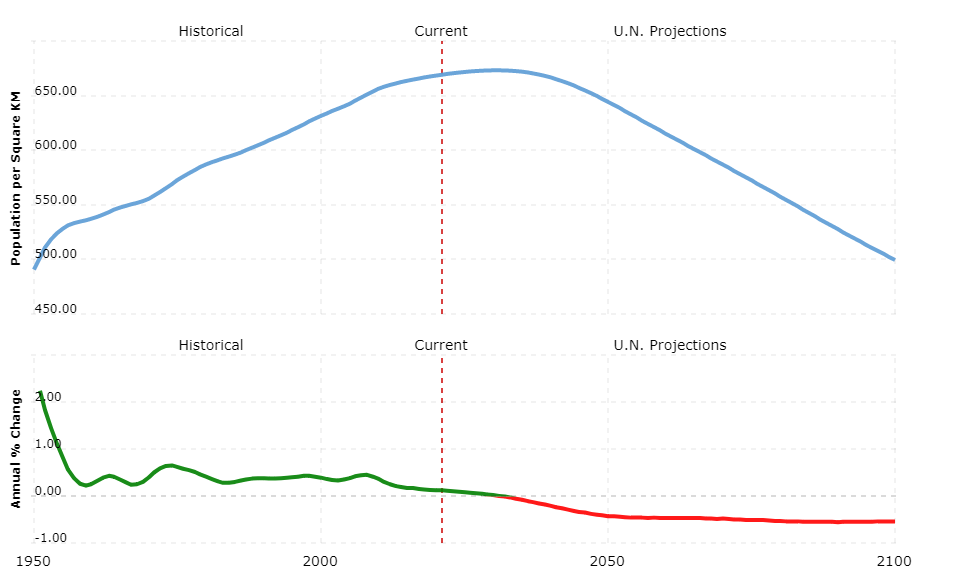 The island state of Barbados is a parliamentary monarchy in the British Commonwealth of Nations. The constitution dates from 1966. The head of state is the British monarch Elizabeth II (since 1952), who is represented on the island by a governor general (Elliot Belgrave, since June 2012). The country’s head of government is the prime minister, representing the strongest party (Freundel Stuart, DLP, since November 2008), upon whose recommendations the governor general appoints the cabinet.

The legislature lies with the Parliament, which consists of two chambers: the Senate with 21 members appointed by the Governor General for five years and the Chamber of Deputies, whose 30 members are directly elected by the people for five years. Based on the British model, there are two relevant political parties in Barbados: the “Barbados Labor Party” (BLP) and the “Democratic Labor Party” (DLP). The case law is also based on the British model.

Barbados is divided into eleven boroughs.

With a median per capita income of around $ 15,000, Barbados is relatively wealthy compared to other Caribbean countries, with a large income gap. The Barbados economy has traditionally focused on growing, processing and trading sugar cane. Tourism and financial services have been the most important economic factors since the late 1960s. Around 40% of the workforce is employed in tourism. Financial services generate around half of the country’s gross domestic product (GDP), and the service sector as a whole (including tourism and retail) generates four fifths of GDP.

The cultivation of sugar cane today takes up around two thirds of the agricultural area. For their own needs, sweet potatoes, tubers and legumes, corn, fruits and vegetables are grown. The government is promoting agricultural and fisheries production diversification.

The industry is focused on processing sugar cane into sugar, rum, molasses and syrup. Companies in the chemical industry, textile manufacturing, electronics and mechanical engineering are also important. The country’s energy requirements are partly met from existing crude oil and natural gas reserves.

The most important trading partners for exports (chemicals, rum, sugar) are the USA, Great Britain and Trinidad and Tobago. Imports (especially consumer goods, machinery, food and fuel) are mainly sourced from the same countries.

Barbados has a well-developed road network (around 1,700 km, mostly paved) and an international airport.

The currency is the Barbados dollar.