The Republic of Tajikistan is located in Central Asia and is the smallest and poorest Central Asian CIS country with 143 100 km². It has four neighboring countries: in the northwest and north of Uzbekistan and Kyrgyzstan, in the east of China and in the south of Afghanistan.

The difficult to access high mountainous country is located on the western slope of the Pamir high mountains, which occupy about half of the national territory. About 90% of Tajikistan is mountainous. Valleys represent only about a tenth of the country’s area and are mainly in the west and south. The Pamir mountain range is at an altitude of 3,000 m or higher. Pamir means “cold steppe willow” in Turkish. Other mountain ranges are Tienschan, Alai Mountains, Transalai, Kunlun Shan, Karakorum and Hindu Kush. An inner highland is characterized by broad basins, which are filled with rubble and are around 3 500 to 4 000 m high. The high mountains have the highest peak in the country in the Ismail Samani peak (7483 m high). There are other mountains that are over 7,000 meters high, such as the Lenin Peak of 7,134 m, also named during the period of Soviet domination. Large areas of the high mountains have been glaciated.

The largest lake in the Pamir region is the Karakul with around 380 km², which is located on the border with China. It is also the largest inland water in Tajikistan. The country is traversed by a dense river system. The two main rivers are the Syrdarja (formerly Iaxartes) and the Amudarja (formerly Oxus) with their tributaries. The Amudarja in the south is one of the longest rivers in Central Asia, the Syrdarja is less watery, but with 2 212 km the longest river in the country. Both flow into the Aral Sea.

Tajikistan has a dry, continental climate, which is often expressed in the harsh weather conditions, particularly in the Pamir region. There is a large inconsistency in temperatures and rainfall, which is partly due to the continental location and partly due to the extreme differences in altitude within the country. For example, subtropical conditions prevail in the deeply cut valleys, while it is very cold in the high mountain regions. The middle altitudes, however, have a moderately warm climate. The average rainfall in the Pamir is a scant 183 mm per year, in the capital Dushanbe it is still comparatively low annual rainfall, an average of 470 mm. Partly heavy rains are particularly noticeable in spring.The average temperatures in the capital are 1.5 °C in January and 28.5 °C in July. The general weather situation in winter is also characterized by extremes: cold, continental Siberian air from the east meets moist and relatively warm ocean air from the west, which leads to heavy snowfalls. Summers, on the other hand, are dry and warm, sometimes even hot.The reason for this is the climatic influences of the Near and Middle Asian deserts.

Tajikistan is one of the most earthquake-prone countries in the world, mostly affecting the sparsely populated high mountain regions.

The vegetation of the mountainous country has a very differentiated flora. The manifestations are characterized by deserts and semi-desert zones, which reach a height of around 600 m and have typical dry-resistant xeromorphic plants for these environmental conditions. Swamp land with gallery forests can be found along the rivers that transport water all year round. Above 600 ma steppe belt begins, which is covered with willow, maple, pistachio, almond and walnut trees. The zone within which trees grow extends up to around 2,700 m, in the east to around 3,500 m. Areas overgrown with forest make up about 4% of the national area. Juniper trees grow especially in the steppes.In the extreme high areas of the Pamir there is only a sparse vegetation with mostly shrubs, there are no trees in the eastern part of the Pamir. High mountain meadows and meadow steppes grow up to a height of around 4,800 m. The country’s abundance of flowers is surprisingly large: around 5,000 different types of flowers are counted in Tajikistan.

The country’s wildlife is also very diverse and regionally different. For example, lizards and rodents, including ground squirrels, live in the desert regions. Deer, wild cats, tigers and jackals live in the forested and densely overgrown regions of the country. At the lower altitudes of the Pamir there are brown bears and Pamir sheep, also known as Marco Polo sheep. The male representatives of the Pamir sheep, in particular, stand out due to their mighty, large-pitched horns. Golden eagles with a body size of up to three quarters of a meter are native to the higher and remote mountain regions.

The vast majority of the population are Tajiks with 80% – about a quarter of the Tajiks live in neighboring Uzbekistan. Linguistically and culturally – in contrast to the mostly Turkic neighbors – they belong to the Persian-Iranian family. This is demonstrated, among other things, by the fact that archaic Eastern Iranian dialects are spoken in the catchment area of ​​the Pyan River, which are very different from one another. The official language is Tajik, whose roots are also in the Iranian language, but which has strong Turkish influences.

The next largest population group in the country are the Uzbeks with 15%. The number of Russians has dropped in recent years; like Tartars and Kyrgyz people, they now only make up one percent of the total population. The population of German origin has largely emigrated. 80% of the residents are Sunnis. Most of the Ismailis live in the autonomous region of Bergbadachshan. There are small Christian communities in the country, some of which are Russian Orthodox, some of which are Roman Catholic, New Apostolic or Baptist. There is also a small Jewish community.

Life expectancy in Tajikistan at 65 is not very high; Like the high infant mortality rate (11%), this is due to the poorly developed health system. Despite these factors and the tendency to emigrate, the population grows by an average of 1.4%. State education, like most public areas, suffers from budget constraints; however, the literacy of the population is practically comprehensive. 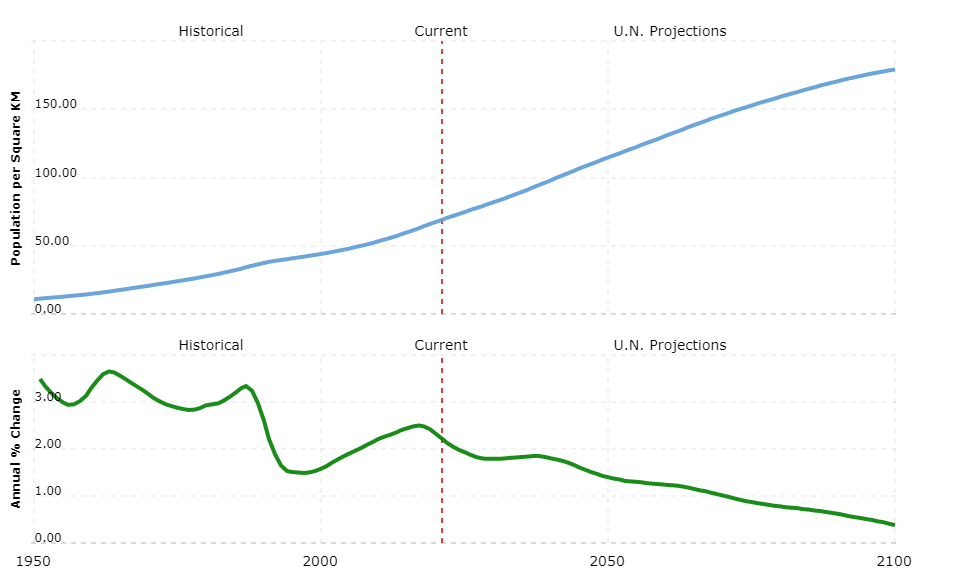 Tajikistan is a presidential republic under the 1994 constitution. The head of state is the directly elected president for seven years (since 1992 and 1994, Emomalii Rahmon). Actually, the constitution provides for two re-elections, but this has been expanded for Rahmon. The President’s sphere of influence includes representing the republic at home and abroad, and appointing the cabinet and the head of government (Kokhir Rasulzoda since November 2013) with the consent of Parliament.

The bicameral parliament consists of the Madschlisi Namoyondagon (lower house) with 63 seats and the Madschlisi Milli (upper house) with 33 seats. Of the members of the House of Lords, 25 are elected indirectly by the representatives of the regions and eight are appointed by the President. Elections are held every five years.

The country is divided into two provinces, in addition there is the capital district of Dushanbe and a district directly administered by the central government. The Autonomous Province of Bergbadachschan is located in the eastern half of the country.

Tajikistan is the poorest of the five Central Asian republics. The main reasons for this are the collapse of the Soviet Union in 1991 and the civil war from 1992 to 19997. Since the end of the civil war, there has been a slight economic upturn, but this has not yet made a significant contribution to improving the situation of the population. The state is supported by foreign aid programs, also to reduce the food shortage. 40% of the population live below the poverty line. Unemployment is high (officially 2.5%, but unofficially up to 40%; actual youth unemployment is even higher). Foreign debt was still 52% of gross national income in 2011.

Only 7% of the country’s area is used for agriculture, yet over two thirds of the population work in this sector. The cultivation of wheat, rice and corn as well as fruit and wine is of little importance. By far the most important agricultural product is cotton. It is also processed in the country. Silk, wool and carpets are also produced. In the mountains, livestock farming with cattle, goats, sheep and yaks dominates. The increasing salinization and erosion of the soil, which is due to the intensive and unsustainable use and irrigation of the soil, is proving difficult for agriculture.

The one-sided focus of the economy on the cultivation of cotton, which dates back to the Soviet era, has created only a few other viable industries. Aluminum production and hydropower generation are the dominant branches. The country is rich in mineral resources. Among other things, gold and uranium are mined and largely exported. The reserves of oil and natural gas as well as coal are low. In addition to gold and uranium, the export of non-ferrous metals such as lead, zinc, tungsten, bismuth, arsenic, tin, antimony and mercury as well as products from the light industry is important.

The main trading partner in exports is Turkey, followed by Afghanistan and China. A quarter of the imports (primarily oil and petroleum products, natural gas, food and beverages) come from Russia.

The country’s main airport is located near the capital Dushanbe.