The Republic of South Africa is the southernmost state of the African continent and, with an area of ​​1,221,000 km², is about three and a half times the size of Germany. In the north the country borders on Botswana and Zimbabwe,in the northeast on Mozambique and Swaziland,in the east and south on the Indian Ocean,in the west on the Atlantic and in the northwest on Namibia. In the middle of the South African territory is the independent kingdom of Lesotho. Cape Agulhas is the southernmost point of the country and thus the whole of Africa. It is about 150 km southeast of the Cape of Good Hope.

South Africa can be divided into three large landscape areas: coastal plain, marginal threshold and highlands. Apart from a few sections in the south, the coast is only slightly structured, the coastal lowlands are predominantly narrow. Behind them rise the mountains of the Große Randstufen, the highest point of which lies in the Drakensberg (Cathrin Peak 3 360 m). The Drakensberg Mountains are located in the eastern section of the threshold and extend approximately 1,000 km in a north-south direction, almost parallel to the Indian Ocean. The inland highlands average 1,000 to 1,400 meters above sea level and merge into the Kalahari Basin in the north-west of the country, most of which is on the territory of Botswana. Most of the highlands are occupied by the Hochveld (which lies at an altitude of around 1,400 m), to the west of which is the Mittelveld (approx. 900 m). The Hochveld is bordered in the north by the Witwatersrand, a rock ridge that is around 100 km long and up to 40 km wide.

The Buschveld (or Transvaal Basin), which is at an altitude of 1,200 m on average, descends towards the Limpopo River. The Limpopo (around 1,600 km long) rises in the Witwatersrand and flows into the Indian Ocean in the south of Mozambique. Just like the Oranje (over 2,000 km), which rises in the Drakensberg Mountains and flows into the Atlantic in Namibia, it drains the South African highlands. A tributary of the Oranje, the Vaal, is the longest inland river in South Africa with a length of around 1,250 km.

The country’s capital and seat of government is Pretoria in the north-east inland, parliament is in Cape Town on the southern tip of South Africa.

The climate in South Africa is predominantly tropical. The cold Benguela current off the Atlantic coast and the warm Agulhas current (also: Mozambique current) off the south and east coast of the country influence temperatures and rainfall. In the winter month of July the average temperatures on the west coast (Cape Town) are 13 °C, in Durban on the east coast 17 °C. In Johannesburg inland, the July average is around 9 °C. In the winter months there is frost in the high mountains (especially the Drakensberg) up to 200 days a year. January temperatures (summer) average 21 °C in Cape Town, 24 °C in Durban and around 19 °C in Johannesburg. Trade winds from the Indian Ocean bring moist air masses to South Africa, generally the rainfall decreases from east to west.

A large part falls in the summer months (November to March) on the east side of the Randgebirge (approx. 2,000 to 3,000 mm). The Cape region in the south of the country is an exception, as it has an almost Mediterranean climate and winter rain. In the eastern highlands, the rainfall amounts to an average of 500 to 800 mm, in the western arid regions around 100 to 250 mm. The areas with the lowest rainfall in South Africa are in the Hochveld (former Bushmanland), where an average of around 50 mm is measured.

South Africa’s vegetation is varied, but has been largely changed by deforestation and increasing population. About 7% of the country’s area is forested, contiguous evergreen forest areas can be found, for example, in the southern coastal zones and the precipitation-rich eastern slopes of the fringe. In the dry highland areas, grass and thorn bush savannah predominate, and also in the areas with more rainfall, grasslands and only a few trees (umbrella acacias, baobab trees) are found in the highlands. In the Cape region in the south of the country, the flora is particularly rich, here you will find oak, pine, eucalyptus, a variety of heather and rhombus, lily, milkweed and silk bast plants. One of the more than 80 types of protein, the royal protea, is the national flower of South Africa.

Although a large number of animal species have been decimated and partially eradicated since the beginning of the 20th century, the wildlife in South Africa is still very diverse, even if some species can only be found in national parks. The best-known of the many protected areas set up to protect flora and fauna include the Kruger National Park (the largest in South Africa with 19,485 km², was established in 1898), the Kalahari and the Royal Natal National Park. Wildebeests, antelopes, gazelles, various types of monkeys, leopards, jackals, lions, porcupines, elephants, rhinos, hippos and zebras can be found here. Birds are particularly diverse in South Africa’s fauna, there are over 500 different species in the Kruger National Park alone. Reptiles such as scorpions and snakes (egGreen and black mamba, puff adder) are widespread.

Around 45 million people live in the Republic of South Africa. Over 78% of the population are black Africans. They belong to the peoples of the Zulu, Xhosa, Pedi, Tswana, Tsonga, Swazi, Ndebele and Venda, among others. Around a tenth of the population are whites, almost 9% half-breeds and around 3% Asians. The hybrids include the members of the San and the Khoi-Khoi statistically. The population distribution is very uneven: the average population density is around 37 people per square kilometer, but there is a strong east-west divide. The province of North Cape is the most sparsely populated with two residents per square kilometer.On average, around 58% of the total population live in cities, with the degree of urbanization among whites at 90%. Cities with over a million residents are Cape Town with 2.41 million residents.

South Africa is one of the more prosperous countries on the African continent, although over 15 years after the end of apartheid, this wealth is unevenly distributed. Blacks are still very disadvantaged in social life: an estimated 42% of them are unemployed, just as many have no access to clean water, around a quarter are homeless or live in barracks. Life expectancy for men and women is 43 years, and infant mortality is 6.2 percent. Every tenth to fifth adult is now infected with the HI virus (causative agent of the immune deficiency disease AIDS), the rate is increasing rapidly. The population development was slightly negative in 2007 (due to the high AIDS rate). The illiteracy rate is given as 14%, however, because of the unequal educational opportunities, the black population is significantly higher. 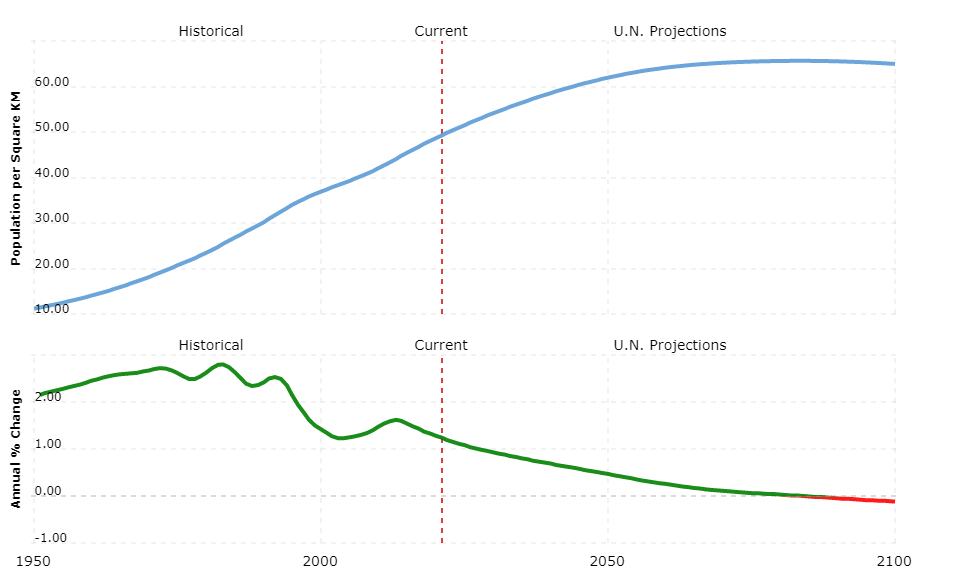 According to the 1997 constitution, South Africa is a presidential republic with a democratic, constitutional order in which the equality of all citizens is laid down.

The head of state and head of government is the President elected by the National Assembly for five years (Jacob Zuma, since May 2009). He is also the commander-in-chief of the armed forces and has extensive powers and powers.

Legislative power rests with the Parliament, which is made up of two chambers: the National Assembly (NA) is made up of 400 MPs elected by the people for a five-year term; the National Council of Provinces (NCOP) has 90 members, ten of whom each represent one of the country’s nine provinces.

South Africa is divided into nine provinces, each with its own regional parliaments and governments.

The Republic of South Africa is the second largest economy on the African continent. The high unemployment rate among the black population and their poor economic situation are still problematic. Overall, a quarter of the population is unemployed.

Agriculture generates 3% of gross domestic product (GDP), and around a tenth of the workforce is employed in this area. Much of the country is still owned by white owners. Almost 13% of the state’s territory represents agricultural land. The population’s own food needs can be covered, and production is also mainly carried out on large farms for export. Sugar cane, corn, wheat, coffee, wine and citrus are grown. The breeding of cattle, sheep and poultry dominates in livestock farming. The fishing industry is also very important.

The service sector has the largest share of South African GDP at 69%. The financial sector is of great importance here. It is based on a highly differentiated banking and insurance landscape that complies with western standards, as well as the Johannesburg stock exchange.

Industry generates 28% of GDP. Automobiles, textiles, armaments, chemical products and food are mainly manufactured. South Africa has large deposits of mineral resources that play a very important role for export: in addition to gold (around 30% of world production), hard coal and diamonds, platinum, manganese, lithium and chromium are mined in particular. Raw materials and non-ferrous metals generate a third of export earnings.

A free trade agreement with the EU has existed since January 2000. South Africa’s most important foreign trade partners for exports (especially raw materials, metals, vehicles and vehicle parts as well as chemical products) are China, the USA, Japan and Germany. China, Germany, Saudi Arabia and the USA are the most important trading partners for imports (above all oil, machinery, chemical products, vehicles and vehicle parts).

The country’s two largest airports are in Johannesburg and Cape Town. The rail network has a length of around 24,000 kilometers; here mainly freight trains run. The country has a well-developed road network.