The coastal lowlands of Angola are 70 to 150 km wide, the plateaus in Central Angola sink to the southeast to the Zambezi and Kalahari basins, to the north to the Congo basin. The residents are mostly Bantus.

In 1483 the Portuguese discovered Angola. The residents were brought to Brazil as slaves until 1869. In 1951 Angola received the status of a Portuguese overseas province. After military actions by the rival liberation movements MPLA, FNLA and UNITA, Portugal released Angola in 1975. The Marxist MPLA, supported by Cuba and the Soviet Union, prevailed in the struggle for power. In 1991 the groups made peace. A Joint Political Military Commission (CCPM) took power until the elections. Between 1998 and 2002 there was another civil war between UNITA and government forces in the north of the country. Parliamentary elections were held in September 2008 for the first time since the end of the civil war.

The Republic of Angola is located in south-west Africa and, with a size of 1 246 700 km², is the seventh largest country on the continent and about three and a half times the size of Germany. The country borders the Atlantic Ocean to the west, the Republic of Congo and the Democratic Republic of the Congo to the north, Zambia to the east and Namibia to the south.The northernmost province of Angola (Cabinda, around 7,000 km²) on the Atlantic coast is separated from the rest of the country by a narrow strip of land (which belongs to the Democratic Republic of the Congo). See Angola country abbreviation.

The coast of Angola is divided by numerous bays and estuaries. Inland there is the coastal lowland, which is up to 150 km wide and is determined in the southern part by the Namib Desert. The country rises in stages up to the central inland highlands, which occupy the majority of the country’s area (on average 1,000 to 1,500 m above sea level). Individual island mountains reach heights of over 2,000 m. In the middle, the plateau is traversed by the Lundaschwelle, a mountain range that runs in an east-west direction and forms the watershed between the Congo and Okavango river systems. The highest point in Angola (Môcco, 2,620 m) is in the west of Angola.In the north of the Lunda wave, the country gradually descends to the Congo basin, to the south to the Kalahari basin or to the Zambezi region.

Numerous rivers run through the highlands, the longest within Angola are the Kunene (1,200 km) and the Cuanza (960 km). Cuango and Cassai are tributaries of the Congo, the Cubango, which flows through Angola for a length of around 1,300 km, continues as the Okavango in Botswana.

Luanda,the capital of Angola, is located on the Atlantic coast.

Angola’s tropical climate is changeable. The annual average temperatures on the coast are around 24 °C, in the central highlands around 20 °C. In the highlands there can be significant daily fluctuations (minimum 5 °C, maximum over 30 °C). The coastal lowlands are influenced by the cool Benguela current. Here the precipitation decreases from the north (600 mm) to the south (50 mm). Average annual quantities of 300 mm are measured in the capital Luanda. The greatest amounts of precipitation are measured on the slopes that represent the transition to the highlands (1,500 mm in the north, 750 mm in the south).While the rainy season in the north of the country lasts approximately from October to May, it shortens to the months of November to March in the south.

The flora of Angola is very diverse. In the southern coastal area, Angola has a share in the Namib desert, here the vegetation is extremely sparse, only very well adapted plants can survive. To the north, the desert merges into wet savannah, to the east into Dornstrauchsavanne. In the center of Angola there are dry forests with umbrella acacias and baobab trees, and evergreen tropical mountain forests on the rainy slopes of the highlands. In the country’s northernmost province, Cabinda, there are large stocks of tropical rainforest.

The animal world in Angola is also shaped according to the different vegetation. In the rainforests of Cabindas, chimpanzees and gorillas live alongside other species of monkeys, and leopards, antelopes, zebras, ostriches, hippos and crocodiles are found in large parts of the country. Some species, such as lions and elephants, have been severely decimated by poaching.

According to COUNTRYAAH, the population of Angola comprises a total of around 12.5 million people, about a third of whom live in cities. The capital Luanda on the Atlantic coast has around 3.8 million residents, the second largest city is Huambo with around 230,000 residents. With an average of 10 residents per square kilometer, the country has a low population density.

A total of around 100 different ethnic groups live in Angola. Most of the country’s residents belong to the Bantu peoples, the largest group are the Ovimbundu with around 37% of the total population, followed by the Kimbundu (23%) and the Bakongo (12%). Other people include the Tschokwe, Humbe, Lunda, Luimbe-Nganguela and Ovambo. Over 50% of the total population are Christians, mostly Catholics. Natural religions are practiced by around 12%. However, Christian and indigenous practices are often mixed.

The long-lasting civil war and its consequences are a heavy burden for the country and its population. Famine is largely responsible for the very high infant and child mortality rate (18%). Medical care is absolutely inadequate due to the severely damaged infrastructure. In general, life expectancy for women and men is around 38 years. Despite compulsory schooling, the literacy rate is estimated at only 67%. Almost half of the population is under the age of 15. A major problem is the nine to 15 million suspected landmines, for which no financial means are available to clear them.

Angola’s official language is Portuguese, and various Bantu and other African languages ​​are also spoken. 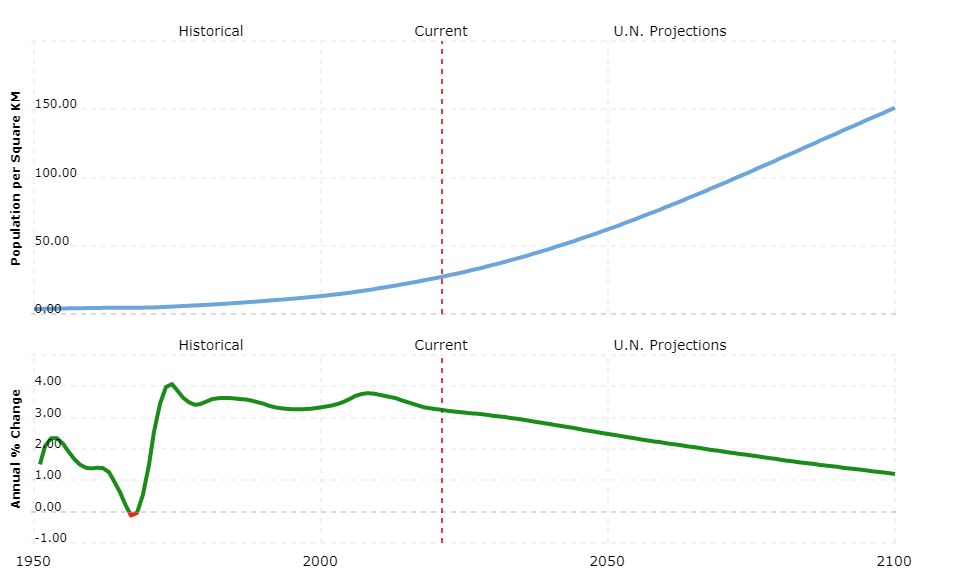 Angola is a presidential republic, the constitution was passed in 2010.

The President is the head of state as well as head of government and commander-in-chief of the armed forces (Jos¨¦ Eduardo dos Santos, MLPA since 1979) and is elected by the National Assembly for a five-year term.

The legislature lies with the National Assembly (Assembleia Nacional), which consists of one chamber. The 220 members are directly elected for four years.

Angola is divided into 18 provinces, each subordinate to a provincial governor.

Angola has vast resources of oil, diamonds, gold and fertile soils, but the civil war had almost ruined the country’s economy. Since 2002, the government has started a variety of reforms (banking sector reform, exchange rate freeze, liberalization of foreign trade by abolishing import licenses and reducing tariffs, etc.). Angola joined OPEC in 2007. Angola has experienced the strongest economic growth among the world’s economies since the end of the Civil War in 2002. Nevertheless, there is still bitter poverty, especially among the rural population, unemployment is 40%.

90% of the export earnings are made up of oil, which is mainly extracted off the coast of Cabinda. According to forecasts, Angola will be one of the most important oil-exporting countries worldwide by 2020. The main focus of the industry is on petroleum processing and the textile industry, as well as the processing of tobacco, sugar and food. In addition to oil, diamonds and gold, the country has deposits of iron ore, phosphate, bauxite and uranium. The country’s energy requirements are largely covered by hydropower.

More than three quarters of Angola’s workforce is employed in agriculture, which, however, only generates 10% of the gross domestic product and is mostly a subsistence economy. Coffee is mainly grown for export, maize, cassava, sweet potatoes, legumes, sugar cane and bananas for their own use. The population’s own needs cannot be met. Fishing plays an important role in agriculture, and the government supports the expansion of the fishing industry.

The poor state of agriculture can be explained, among other things, by the high number of unsafe, ie mined areas. A large percentage of the working-age population was killed, maimed or displaced by the fighting. Adolescents were recruited as child soldiers. These demographic problems indicate that even the official end of the war in 2002 will not lead to a rapid improvement in the economic situation. Growing prosperity remains extremely unevenly distributed.

The main trading partners of Angola are the PR China and the USA in export, Portugal and the PR China in import. In addition to fuels and technical oils, diamonds in particular are exported. The main import products include food and machinery.