The Bolivarian Republic of Venezuela (Spanish: Rep¨²blica Bolivariana de Venezuela) is located in the extreme north of South America. The country borders Colombia in the west, Brazil in the south and Guyana in the east. It has an area of ​​912,050 km² and is almost three times the size of the Republic of Poland. The shape of the country resembles a triangle standing on top, the upper northern side of which is completely occupied by the Caribbean Sea. See Venezuela country abbreviation.

The entire south-east of the country is occupied by the highlands of Guyana, which have peaks up to 3,000 m high on the state territory. The highest mountain, however, stands at 5 007 m in western Venezuela: the Pico Bol¨ªvar, which is heavily glaciated. The mountain is part of the Cordillera de M¨¦rina, which extends in several chains in this region. The Sierra de Perij¨¢ stretches along the Colombian border, the peaks of which are up to 3 750 m high. Between the two mountain ranges lies the Maracaibo Basin with the largest lake in the country, the Maracaibo Lake, which is 13,000 km² in size and thus the largest lake in all of South America. The Orinoco lowland lies between the foothills of the Andes and the highlands, which is characterized by the numerous tributaries of the Orinoco. The 2,575 km long river flows into an approximately 30,000 km² delta near the island of Trinidad in the Atlantic. In the extreme south, Venezuela has a small share of the Amazon lowlands, the coast to the Atlantic consists partly of a beach that is overgrown with palm trees.

Venezuela is located in the tropics and, despite different altitudes, has relatively uniform temperatures in 90% of the regions, which averages in the capital Caracas at 19 ¡ãC in January and 22 ¡ãC in July, in Maracaibo at 28 ¡ãC and 30 respectively ¡ãC. Temperatures only drop noticeably at altitudes above 2,000 m. It is typical of the country’s tropical situation that the temperature differences between day and night are more pronounced than between the individual months.

The annual rainfall in Caracas is around 825 mm, in Maracaibo about 570 mm. Precipitation in the rainy season from April to October is generally particularly high on the slopes of the Cordilleras and in the highlands of Guyana. For example, the average amount of precipitation in the highlands rises to 3,000 mm a year, while the northern section of the coast, which also includes Maracaibo, has a predominantly dry climate.

Around 40% of the country is covered by forest, half by savanna and around five percent by cultivated land (especially in the Andean valleys and coastal regions). Tropical rainforests can be found in the south and in the northern mountain regions. These merge into grass savannas in the inland zones and into mangrove swamps in the Orinoco Delta. The lowlands of the Orinoco have so-called Llanos, flood savannas. In the small southern section of the country, which belongs to the Amazon rainforest and is higher, there is semi-tropical vegetation with numerous types of fern and orchid. Typical mountain vegetation with grasslands occurs in even higher regions in the highlands of Guyana and in the middle regions of the Andes. So-called P¨¢rarno vegetation with sparse tree growth and alpine bushes and mosses can be found at an altitude of over 3,000 m. Due to cultivation measures, only small remains of dry shrub and dry forest vegetation remained in the northwest coastal area.

Due to the narrowing of their habitat, numerous animals are moving to sparsely populated regions. The fauna of Venezuela largely corresponds to that of the savannas and rain forests of the entire north of South America with a large biodiversity. Seven big cats live in the forested interior of the country, including the jaguar, the ocelot and the puma. The forested regions are inhabited by numerous monkey populations, but bears and peccaries (coniferous pigs), deer, wild dogs, skunks and rodents also occur. The tapirs living here can be over two meters long.

The American manatee, Lamentin, prefers to inhabit the coastal waters of Venezuela. Other aquatic residents in the more remote rivers and in the coastal lagoons and swamps are reptiles such as caimans, alligators, turtles, lizards and snakes. Snakes can also be found in the woods, such as the boa constrictor and the anaconda. Both domestic and migratory birds such as crane, stork, heron and duck inhabit the coastal swamps. Ibises live especially in the river delta of the Orinoco. Dolphins and numerous coral fish swim in the coastal waters, and eels and piranhas can be found in the inland waters. Especially in the delta of the Orinoco is the Laulao, a catfish that can weigh up to 100 kg. Alligators up to six meters long also live here, which are the largest of their kind in the world.

According to COUNTRYAAH, Venezuela has a population of around 25.39 million. Biggest city is Caracas, the capital of the country with 1.84 million residents. Other major cities with over a million residents are Maracaibo (1.8 million) and Valencia (1.4 million). The majority of the population consists of 67% mestizos, half-breeds from the mostly European settlers who immigrated in the past centuries and the Indian population. Around 21% of the population are whites, which is partly due to the increased immigration of Spaniards and Italians since the Second World War. Blacks, descendants of the slaves freed in the middle of the 19th century, make up about 10%. They live mainly in the coastal region. Indians make up 2% of the population. 98% of citizens belong to Christian religions, the vast majority of them Roman Catholic.

Venezuela’s population grows by 1.7% per year; the average life expectancy is 73 years. The state and private school system is particularly well developed in the higher education sector, and basic education is often inadequate despite nine years of compulsory education. Due to the low attendance of the students, about 7% of Venezuelans over the age of 15 cannot read and write. 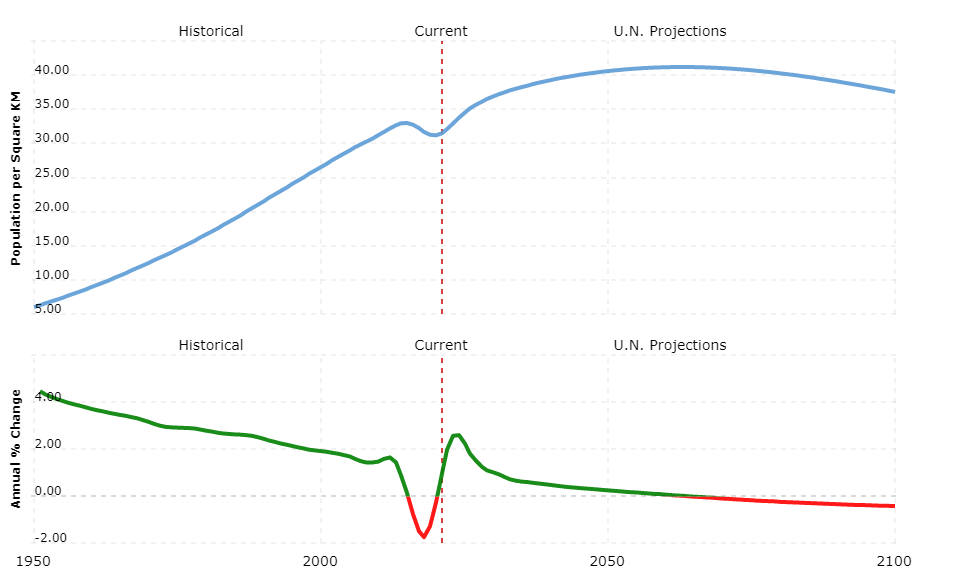 According to the constitution of 2000, the Bolivarian Republic of Venezuela is a presidential federal republic. The head of state and head of government is the President, who, as the owner of the executive, heads a cabinet he has appointed and is elected by direct election for six years (since April 2013, Nicol¨¢s Maduro Moros).

The legislature lies with a unicameral parliament, the National Assembly, whose 165 members are directly elected by the people for five years. The National Assembly elects, among other things, the judges of the country’s highest court for twelve years.

The administration is subdivided into 23 “estados” (states), a capital district and the 72 islands in the Caribbean Sea, federally controlled and grouped together as “Dependencias Federales” and divided into eleven island groups.

Venezuela is one of the world’s largest oil exporters. The state-owned oil company PDVSA has the largest proven oil reserves on earth. The main funding area is the Maracaibo Basin. There are also large deposits in the Orinoco region, including significant oil sand deposits. Petroleum accounts for around 80% of export earnings and contributes around a quarter to the gross national product. Since the 1940s, the country has been trying to profitably exploit the rich deposits of iron, nickel, coal, manganese ore, gold, diamonds and bauxite in order to become more independent of oil sales.

Despite the country’s wealth of raw materials, almost a third of the population lives in poverty. Almost half of all employees work in the so-called informal sector (street vendors, etc.).

Almost a tenth of the workforce works in agriculture. Corn, rice, cotton, sugar cane, cassava, beans, sesame and vegetables are grown in the fields. Tropical fruits such as bananas, pineapples and oranges are also planted in large quantities. Until the discovery of the oil wells, coffee from the Andes was the most important export product.

The food and beverages industry is of great importance for domestic supply, and the petrochemical industry and iron, steel and aluminum production work in particular for export. The energy supply is largely covered by hydropower plants, including one of the largest in the world on the Guri Dam on the Caron¨ª River, which has an output of around 8,800 MW.

Venezuela’s most important imports are chemical products, machines, food and electronics, a quarter of which are sourced from the United States, as well as from other South American countries and China. The most important export goods are crude oil, iron and steel, a quarter of the customers are the USA, as well as China and other South American countries.

The road network is well developed, almost half of the road surfaces are paved. Motorways, domestic air traffic and the sea-ready Orinoko give the country a good infrastructure. Venezuela’s most important seaports are La Guaira, Puerto Cabello and (especially for petroleum) Maracaibo. The most important international airport “Sim¨®n Bol¨ªvar” is at Caracas.