The United Kingdom of Great Britain and Northern Ireland in north-western Europe includes England, Wales, Scotland and Northern Ireland. The islands of Wight in the south, Anglesey in the Irish Sea, the Isles of Scilly in the southwest, the Hebrides in the northwest and the Orkney and Shetland Islands in the north also belong to Great Britain and Northern Ireland. The British Channel Islands and the Isle of Man, on the other hand, are a special case, which are also directly under the Crown, but do not belong to the kingdom under constitutional law. See United Kingdom country abbreviation.

The island country is separated from the European mainland by the English Channel. The northern coasts of Northern Ireland and Scotland border the Atlantic,the west coasts of Scotland, England and Wales are separated from north to south by the Northern Canal, the Irish Sea and the St. George Canal from Northern Ireland and Ireland respectively.The estuary of the important rivers Thames, Severn and Trent, some of which are deeply cut into the country, as well as countless bays give the elongated main island an almost 1,000 km long coastline.

The main island is divided into two in its surface structure. The mountainous countries in the north and west – such as the North-West Highlands and the Grampians in Scotland – occupy about 70% of the country’s area. The remaining areas consist of hilly and flat terrain. Inland, the Pennines low mountain range extends from north to south (up to 893 m), in Cornwall, among other things, the parts of Exmoor, Dartmoor and Bodmin Moor are up to 600 m above sea level. The rest of the island is occupied by lowlands, particularly characteristic of the southern English strata and the coastal plains. The tidal range on the coast is between 4 m and 12 m (in the Severn Bay in the Bristol Canal). A specialty in the coastal region of Wales are the Cambrian Mountains. Snowdon, at 1,085 m, is the highest mountain in Wales and England.

The landscape structure of Northern Ireland is – like the mountains of the West Scottish Islands – mostly of volcanic origin. Contiguous lowland areas only exist in Northern Ireland in the center of the country around Lake Lough Neagh, which is the largest lake in the United Kingdom with an area of ​​396 km².

Britain is dominated by the oceanic climate. This means that the weather is mild in winter and cooler in summer and the seasons are not very pronounced. This is mainly due to the North Atlantic Current, which divides the main island into a dry and warm eastern part and a humid-temperate western part. Another important climate factor is the high humidity, which rarely falls below 75% throughout the year and can rise to over 90% in winter. Rainfall in Edinburgh, Scotland is around 704 mm, in London around 600 mm annually. In the west, where the air masses coming across the Irish Sea meet elongated mountain ranges and are forced to climb and rain down, the amount of precipitation is much higher (Ben Nevis approx. 4,000 mm, Snowdon approx. 2500 mm). The least amount of precipitation is in East England with approx. 550 mm.

Great Britain and Northern Ireland belong to the Atlantic region of the European deciduous forest areas with marshes as well as high and low bogs. Below and above the forest line, which is 300 to 600 m high depending on the location, there are mainly mountain heaths, the spread of which has contributed significantly to the destruction of the forest. Until industrialization, large parts of the British main island were densely forested, today the forest areas in Great Britain with about 8% – of which almost two thirds coniferous – only make up a small part of the fauna. England accounts for about half of the total forest area. In both England and Wales, oaks and beeches grow primarily, in the lowlands there are pines and birches. There are also cherry and apple tree cultures, gorse and numerous types of wild flowers.

In Scotland, larger forest areas can only be found in the southern and eastern highlands; in addition to oak and spruce, there are pines and larches. The vegetation on the plateaus consists mainly of heather, ferns, mosses and grasses. An alpine and arctic flora is present in Scotland from a height of approx. 600 m. In the other parts of the country, a narrow creek wood zone is followed by Atlantic mountain heaths. These “moorlands” are mainly used for sheep farming. Virtually all of Scotland’s cultivated plants were imported from America or the European continent.

Deer, rabbits, hares, badgers and foxes are native to England and Wales. The tradition of annual hunts for foxes in particular leads to great controversy. In Wales in particular, martens and polecats can be found in more remote areas. Sparrow, crow, pigeon, starling and various thrushes are the predominant birds. Reptiles are rarely found. The most common freshwater fish in the UK are trout and salmon, which are mainly found in the numerous rivers and lakes of Scotland. The only large native mammal species in Scotland is the deer, smaller mammals are rabbits, rabbits, otters, stoats, martens and – rarely – wild cats. There are Milan and eagles on birds of prey. Cod, haddock, herring and various types of shellfish are caught on the coasts.

The flora and fauna of Northern Ireland largely corresponds to that on the British main island. Only one species of wild orchid (Spiranthes stricta) is a peculiarity that can be found in the valleys of the tributaries of the Upper and Lower Bann.

With 248 people per km², the country is one of the most densely populated countries in Europe. Just under 90% of the Kingdom’s population live in England and Wales. This is due, among other things, to the consequences of industrialization, which led to internal migration from north to south and a large increase in the urban population. According to COUNTRYAAH, 90% of all British people live in cities today, including over 7.42 million in the capital London (13 million in the agglomeration.

A total of around 60.44 million people live in Great Britain and Northern Ireland, of which 82% are English, 4% British Irish, almost 10% Scots and 2.4% Welsh. By far the largest ethnic minority are the around 850,000 Indians. The large number of Commonwealth people living in Britain is due to the fact that more people from these countries were recruited from the middle of the 20th century due to labor shortages. Over 1.5 million immigrants now live in the UK, plus almost as many descendants of immigrants born in the country.

Around 72% of the British and Northern Irish are Christians, the majority belong to the Anglican Church, a minority is Roman Catholic. There are about 2.7% Muslims and around 600,000 Hindus.

Due to the extensive medical and social system, the average life expectancy is 78.4 years, 99% of the British have learned to read and write (the illiterate population is largely immigrant). As in most EU countries, population growth is low at 0.5%. 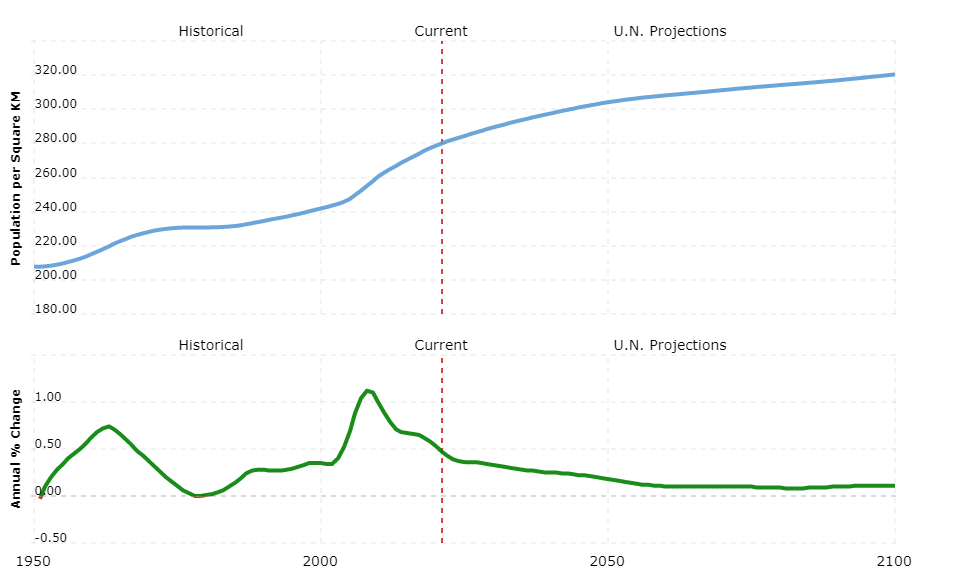 The United Kingdom is a parliamentary-democratic inheritance monarchy of the House of Windsor. Neither Britain nor Northern Ireland has a written constitution. Individual laws such as the Magna Charta libertatum (1215), the Petition of Right (1628), the Habeas Corpus Act (1679), the Bill of Rights (1689), the Act of Settlement (1700), the Representation of the People Acts (1832 and 1928), the Parliament Acts (1911 and 1949) and the court decisions on current constitutional questions form the basis for the rules of constitutional law. The monarch (Elizabeth II, since 1952) is both head of state and secular head of the Anglican Church and head of the Commonwealth, but today is largely limited to representative tasks. The executive lies with the government, chaired by the Prime Minister (David Cameron, since May 2010), who is appointed by the monarch.

The legislature consists of the Upper House (House of Lords) and the Lower House (House of Commons). The upper house consists of 755 members. Of these, 88 are hereditary peers, 642 are members of the nobility for life (including the Lord judges) and 25 bishops of the Anglican Church during their term of office (as of 2013). The lower house is responsible for the actual legislative power. Its 646 members are directly selected for a maximum of five years. The seats are allocated to the administrative units of England, Scotland, Wales and Northern Ireland according to fixed quotas. Active voting rights begin at the age of 18, passive ones at the age of 21. The party system has traditionally been dominated by two parties, due to the majority vote: Labor Party and Conservative Party. The third big party is the Liberals. In Northern Ireland,

The United Kingdom of Great Britain and Northern Ireland is a highly industrialized country and one of the most successful market economies in the EU. London is not only a tourist magnet, but also an international financial center. However, the financial sector was severely affected by the global financial crisis in 2007 and 2008. The financial crisis is still having a negative impact on the UK economy. Economic growth in 2012 was only 0.3%. British labor market policy has been very successful for years, with the unemployment rate at around 8% in 2012.

Agriculture is not a major industry, but can only cover around 60% of Britain’s food needs using only around 1% of the UK workforce. This speaks for the mechanization and efficiency of the work processes.

The state is rich in energy resources. In particular, oil production off Scotland has made the country independent of oil and gas imports since 1980 and even exports both. The most important energy source besides these two is nuclear power.

Once important industries such as textiles and clothing have lost importance. The automotive industry represents the largest share within the industrial sector. Electrotechnical and electronic companies in the growth industry, which are mainly located in the north and north-west of England and in the London area, have gained in importance. In addition to their products, important export goods are machinery and chemical products, metal goods and vehicles, fuels and luxury goods. The majority of exports go to the partner countries of the EU and the USA.