Turkey stretches across two continents and has both a share in Europe (Eastern Thrace) and Asia (Anatolia on the Asia Minor Peninsula). Dardanelles, Marmara Sea and Bosphorus separate the European part of the country from the Asian. With a total area of ​​779,452 km², the country is more than twice the size of Germany. See Turkey country abbreviation.

The European part of Turkey (23 764 km²) occupies only about 3% of the total area and borders Bulgaria and Greece in the north.It is a low mountain range that is crossed by valleys. In the northwest, the Instranca Mountains reach heights of up to 1,000 m.

Anatolia on the Asia Minor Peninsula borders the Black Sea and Georgia in the north, Armenia and Iran in the east, Iraq and Syria in the south and the Mediterranean, to the west to the Aegean Sea and to the northwest to the Sea of ​​Marmara. The heartland of Anatolia is formed by the Inner Anatolian highlands, which are on average around 1,000 m above sea level, crossed by gorges and dominated by volcanic mountain ranges. In the center is the highly saline Tuz lake, the area of ​​which can be up to 1,500 km² depending on the amount of precipitation. To the north, the Inner Anatolian highlands are bordered by the Pontic Mountains, which descend steeply to the Turkish Black Sea coast. The highest elevation here is the Kaçkar Dagi at 3,937 m. In the south of the highlands, the heavily karstified Taurus Mountains rise to heights of up to 3,700 m. The western Anatolian highlands with peaks up to 2,000 m are divided by numerous valleys and slowly descend to the Aegean coast,

In the east of Anatolia, the highest mountain in Turkey, the Ararat at 5,165 m, rises on the border with Armenia in the East Anatolian high mountains. In the east Anatolian highlands is also the largest lake in the country, the salty Van Lake, the area of ​​which can take up to 3,700 km² depending on the amount of precipitation. In the extreme south-east, Turkey is part of a flat plateau cut through numerous valleys, which lies about 500 m above sea level and merges towards the south into the semi-deserts and deserts of the Arabian Peninsula.

The capital Ankara is located in the inner Anatolian highlands.

Due to the size and design of the country, there are different climate zones in Turkey. In the Inner Anatolian highlands there is a continental steppe climate with hot summers and low rainfall (average 300 to 400 mm annually). In Ankara the average January value is around freezing, the average July value is approx. 23 °C. The climate in the Eastern Anatolian highlands is also continental, but the summers here are shorter and not as warm (19 °C mean in July), the winters longer and more snowy (means of 12 °C in the coldest month). The average rainfall here is around 540 mm.

In the coastal areas along the Mediterranean and the Aegean in the west of the country there is a Mediterranean climate with long and hot summers and mild, humid winters. The average in Izmir in January is 9 °C, in July the average is 27 °C. The average annual rainfall is about 700 mm.

The temperatures on the Black Sea coast are somewhat lower (Samsun: January 6.5 °C, July 22.5 °C), but more precipitation falls here, especially in the northeast (up to 2,000 mm).

The vegetation in the different regions of Turkey differs according to the different climate zones. In the Inner Anatolian highlands there is predominantly steppe vegetation with grasses and shrubs. Western Anatolia and Eastern Thrace are characterized by pine and pine vegetation and macchia. Taurus, Pontic Mountains and East Anatolian High Mountains have larger forests. Large deciduous forests with beeches, oaks, plane trees and birches grow in the Pontic Mountains. Alpine mats can be found above 2,000 m. In Eastern Anatolia and Taurus, coniferous forests with various types of pine, pine, fir and cedar dominate. In the extreme south-east of Turkey there is semi-desert vegetation with grasses and dwarf shrubs.

The fauna has both European, Asian and African animal species. Sparsely populated areas of the country, especially in Eastern Anatolia, offer a suitable retreat for many animal species (eg jackals, wolves, bears, wild boar, deer). In the south of Turkey there are also mongooses, crawl and wild cats and leopards (Little Asian leopard). In the area of ​​the Dilek National Park there are also rare monk seals in the coastal region. Common reptiles in Turkey are turtles and many lizard species.

A total of around 70.3 million people live in Turkey, most of them are Muslims (99%). Various Muslim directions are represented, including the Hanefites and Alevis. In addition to the over 85% Turks, the Kurdish people form the largest minority with over 10% of the total population. The exact number of Kurds living primarily in Eastern Anatolia who are oppressed and fought with armed force can only be estimated, because the Kurds do not appear in official Turkish statistics. There are also smaller groups of Arabs, Armenians, Georgians and Greeks in the country. Due to the persistent rural exodus, two thirds of the total population now live in cities. The largest city is Istanbul on the Marmara Sea (metropolitan area approx.10.12 million), followed by the capital Ankara (greater 3.56 million) in the Inner Anatolian highlands and Izmir on the Aegean coast (greater 2.52 million). The southeast of the country and the East Anatolian Highlands are the most sparsely populated regions in Turkey. It is estimated that over two million Turks live abroad.

The official language in the country is Turkish, minorities use their own languages. The standard of living is low compared to European countries, the social and health care system only affects a part of the population. According to COUNTRYAAH, life expectancy is around 72 years. Population growth is around 1.1%. School attendance is compulsory for children between seven and twelve years of age, school attendance is free of charge, but literacy is on average only around 86%, probably much lower regionally. 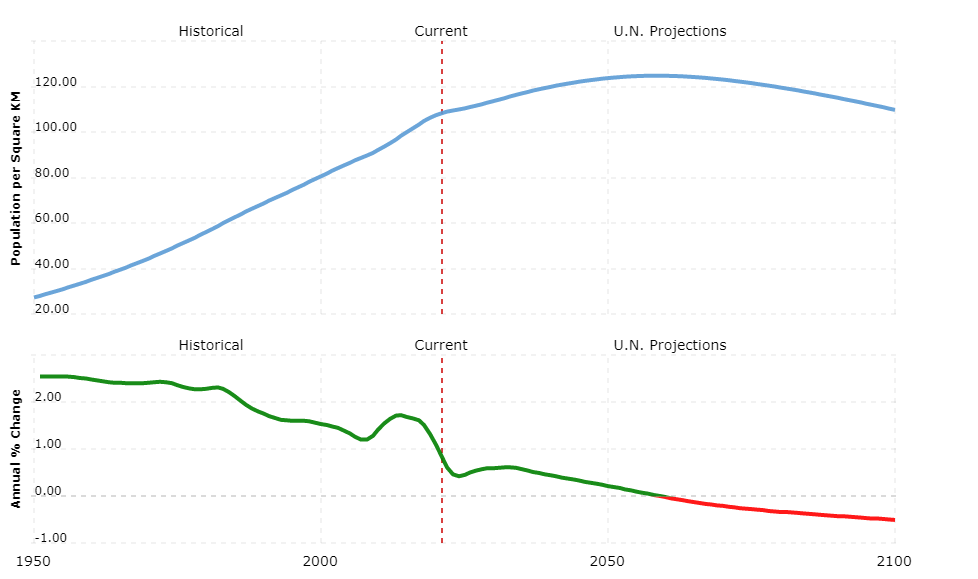 According to the 1982 constitution, the Republic of Turkey is a multi-party parliamentary democracy. The state and religion (Islam) are not strictly separated, but the religious communities are controlled by a state institution (secularism). The head of state is the President (Abdullah G¨¹l, since August 2007), who is elected by the National Assembly for a term of five years. The President appoints the Prime Minister to head the government (Recep Tayyip Erdogan since March 2003).

The legislature lies with the Grand National Assembly (Turkiye Buyuk Millet Meclisi), which consists of a chamber with 550 seats. The people are elected directly by the people for a term of four years. There is a nationwide ten percent hurdle for a party to enter parliament. The main parties are Prime Minister Erdogan’s “Justice and Development Party” (AKP), the “People’s Republican Party” (CHP) and the “Nationalist Movement Party” (MHP).

Turkey is divided into 81 provinces. Each province has its own governor.

The economic development in Turkey can be rated as positive. However, there is a clear income gap between the now industrially developed west and the less developed east and southeast, which is still predominantly an agricultural area. The unemployment rate of 8.8% (2001), the lively black market and the fact that just under a fifth of the population still lives below the poverty line remain problematic.

Around 24% of all employed people are employed in agriculture, around 9% of the gross domestic product (GDP) is generated here. Around a third of the country’s land is used as arable land, depending on the region, cereals (maize, barley, wheat), cotton, tea, hazelnuts (here Turkey is the world’s largest exporter), tobacco (fifth largest exporter), grapes, olives and figs are grown. Goats and sheep are mainly kept in cattle farming, about a third of the country’s area is used as pasture.

Turkey is rich in mineral resources. These include lignite and hard coal, iron ores, chrome ores, other ores (such as copper, manganese, tungsten, nickel, mercury) and petroleum. The iron and steel industry based there is predominantly located in northwest Anatolia. The most important branches of industry (total 27% of GDP) are the food, luxury food and textile industries, whose products make up about a quarter of the total export volume. Industrial centers (including mechanical engineering, chemical industry, electrical industry) are Istanbul, Bursa, Ankara and Izmir.

Another important economic factor in Turkey is tourism. Cultural and historical sites are just as much attractions as the coastal areas on the Mediterranean (eg Antalya), the Aegean and the Marmara Sea.

Despite the continuously growing export volume, there is still a trade deficit. The most important import trading partners of Turkey are Russia, Germany and the PR China. Germany is followed by Great Britain and Iraq in terms of exports.

The road network in Turkey is being expanded. Around a third of the total of 413,000 km of road are paved, and about 11,000 km of rail are available. The country has 15 international airports; the most important is Ataturk Airport in the European part of Istanbul.