The Republic of Togo is located in West Africa on the Gulf of Guinea and, with an area of ​​56.785 km², is slightly larger than the German state of Lower Saxony. The country stretches from the Atlantic coast in the south as a narrow (up to 140 km wide) strip to the north over a length of almost 600 km inland. Togo borders Burkina Faso there. To the east lies Benin,the west Ghana.

The flat compensation coast on the Gulf of Guinea in the south of Togo is only 56 km long and characterized by spits and lagoons. Towards the north, the narrow coastal plain is followed by the flat-waved hilly landscape “Terre de Barre”, which reaches heights of up to 150 m and has fertile clay soils. In the western part of Togo, the Togo Mountains join, here is the highest elevation in the country, the Agou (Mont Baumann) with 986 m. In the eastern part there is a plateau (approx. 400 m above sea level) with isolated island mountains. North of the plateau, the continuation of the Togo Mountains (Togo-Atakora chain) continues in a west-east direction to the neighboring country of Benin.

In the north of Togo lies the Oti lowland, which is drained by the river of the same name. In addition to the Oti, which flows into the Volta, the Mano is another major river in the south of the country. The capital Lom¨¦ is located on the Gulf of Guinea.

The climate in Togo is tropical with almost constant high temperatures all year round. The annual average temperature on the coast is around 27 °C, in the northern part of the country just under 30 °C. In the south and in the center there are two rainy seasons, which last from March to July and from September to October. Precipitation amounts to an average of 1,500 mm per year on the coast, up to 2,000 mm on the south side of the Togo Mountains and significantly less on the north side. In the north of the country, the rainy season lasts from mid-March to mid-October, with up to 1,200 mm of precipitation. Flooding can occur in the Oti Plain. In winter the Harmattan desert wind can occur in northern Togo.

In the drier regions of the Republic of Togo (Oti Plain, northern flanks of the Togo Mountains) there is dry savannah with grassy corridors and isolated trees and shrubs. On the plateau and in the hilly landscape of Terre de Barre, wet savannah with small forests and gallery forests dominates along river courses. Small stocks of evergreen rainforest can be found on the western flanks of the Togo Mountains. In the area of ​​the coast there are mangroves and coconut palms.

Many animal species have been severely decimated due to the restriction of their habitat. Today there are three nature reserves in Togo, the largest of which is K¨¦ran in the north of Togo (1,600 km²). Here you will find typical animal species for the dry savannah, such as lions, elephants, leopards, hyenas, antelopes and buffalos.

More than 40 ethnic groups with social and cultural peculiarities live in Togo. The two largest groups with over 43% are members of the Kwa (Ewe) and the Volta peoples. The Volta include the Kabye, Temba, Losso, Gurma and Moba. Minorities are Fulbe, Haussa and Europeans. The official language in Togo is French, alongside African tribal languages, mainly Kaby¨¨ (Tem) in the north and Ewe in the south.

According to COUNTRYAAH, half of the population are followers of natural religions, Christians have a share of approx. 28% (mostly Catholics), whereby the Christian faith is often combined with traditional religious practices. Muslims make up about a fifth of the population.

The population growth is 2.7%. 43% of the population are under the age of 15; the infant mortality rate is 6.6% and the HIV infection rate is 3.2%. The average life expectancy is 53 years. School attendance is compulsory for children between the ages of six and 15. The literacy rate is an average of almost 61%, but is significantly higher in urban areas. A university was founded in 1970 in the capital Lom¨¦. 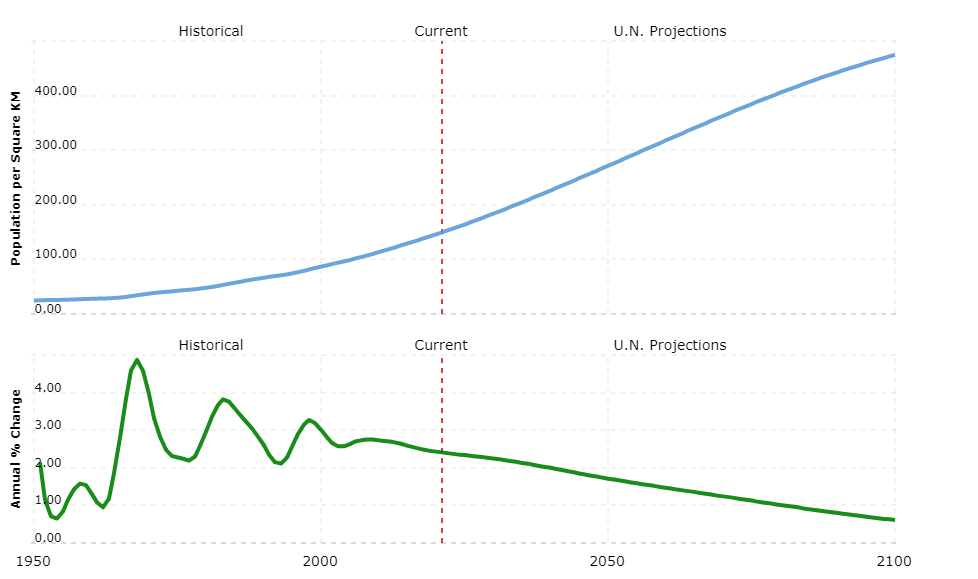 According to the 1993 constitution, Togo is a presidential republic with a multi-party system. The head of state is the President elected for a term of five years (since July 2012 Kwesi Ahoomey-Zunu). The government is run by the Prime Minister (Gilbert F. Houngbo since September 2008), who is appointed by the President.

The legislature lies with the National Assembly with a total of 91 seats. The people are elected by the people for a term of five years.

The legal system is based on the French.

Togo is divided into five regions.

Togo’s economy is based on the extraction of raw materials (phosphate) and agriculture. Despite the reform process initiated in 2006, the crisis of the past few decades has not yet been overcome. Almost 60% of the population lives below the poverty line.

Agriculture employs more than half of the workforce, and this sector contributes 47% to gross domestic product (GDP). Jams, cassava, maize, millet, rice and beans are mainly grown for the people’s own needs. Cotton, cocoa and coffee are cultivated for export. Fishing plays a role in providing the population with food.

Togo is a regional trade and business center in West Africa. Services generate a third of GDP.

Industry generates a fifth of GDP and focuses on the processing of phosphate and food and the production of cement and clinker.

The most important trading partners for exports (phosphate, cotton, coffee, cocoa, cement, clinker) are Burkina Faso, Ghana and Benin. Machines and vehicles, industrial goods, food and fuel are mainly imported. The most important suppliers are neighboring China, France and Malaysia.

The road network covers around 7,250 km, of which around 2,300 km are paved. 570 km of railway lines are available. The main ports of Togo are Lom¨¦ and Kp¨¦m¨¦. There are two international airports.