The Kingdom of Thailand, which was called Siam until 1939, read in the center of Hindu. It borders in the south on the Malacca Peninsula with Malaysia, in the west and northwest with Myanmar (Burma), in the east and northeast with Laos and in the southeast with Cambodia. With an area of ​​513 115 km², Thailand is slightly smaller than France.

Several mountain ranges determine the landscape: In the northwest, in one of the mountain ranges that runs along the border with Myanmar, is Doi Inthanon, the highest mountain in Thailand at 2,576 m. Rivers running from north to south cut through the mountain range. Northeast Thailand is home to the Khorat Mountains and the plateau of the same name, which takes up around two thirds of the country’s area with approximately 150,000 km² and is crossed by many rivers. The Khorat plateau lies around 100 to 200 m above sea level and is bordered by the valley of the Mekong, into which most other rivers in the region flow. Another mountain range runs roughly through the middle of Thailand, first in a north-south, then in an east-west direction. The mountains in the west reach heights of up to around 2,

Between the mountain ranges in central and western Thailand lies a wide, fertile alluvial plain, which is crossed by numerous rivers. The largest of them, 365 km long, is the Menam (Chao Phraya), after which the lowland is also named. The rivers flow southwest of the capital Bangkok into the Gulf of Thailand after they have flowed through an approximately 20,000 km² delta. In the rainy season, the rivers regularly flood the country and deposit large amounts of mud, the basis for the intensive agricultural use of this densely populated area. The southwest of Thailand lies on the Malacca Peninsula, which is preceded by numerous islands. The country’s tourist centers are located here (eg on Phuket, the largest of the islands).

The wet tropical climate of Thailand is determined by the monsoon winds, which change their direction depending on the season: In the rainy season from April / May to October, the southwest monsoon brings in humid air masses, the greatest amount of precipitation is on the west side of the Malacca Peninsula, sometimes with up to 6,000 mm reached annually. Depending on the region, between 1,000 and 3,000 mm fall in the other parts of the country. In principle, there is less rainfall in the northeast than in the south. In the dry half of the year (November to April) the monsoon blows from the northeast.

The temperatures are relatively high all year round and there are no major fluctuations between the summer and winter half-years. Bangkok measures 26 °C in January, 29 °C in July, Chiang Mai in the north of the country 21 °C in January and 29 °C in July.

The climate ensures lush and species-rich vegetation. Around 40% of the country’s area is covered with forests. Typical are the so-called monsoon forests with trees that shed their leaves in the dry season. In addition to numerous other tropical plants, teak trees, oaks, numerous orchid species and hibiscus grow in the highlands. Slash-and-burn in the context of agricultural use is steadily decimating the tree population in the north of the country. Tropical rainforest can only be found in remaining stocks on the Malacca Peninsula and on the edge of the Khorat Mountains in northeastern Thailand.In the coastal regions and in the Menam delta there are extensive mangrove and swamp areas, in which ebony and rosewood trees grow in addition to other tropical woods. There has been a ban on logging in Thailand since 1989.

The bird and snake world is particularly rich in species in Thailand. In addition to various venomous snakes and crocodiles, various species of monkeys, winker crabs and mud jumpers live in the marshlands and mangrove forests. Larger species of mammals such as leopard, tiger and buffalo have declined sharply due to hunting and the limitation of their habitat. Rhinos and the saddle pad tapir are considered to be virtually extinct. Several of the numerous species of monkeys such as the white-handed and crested gibbon are also threatened with extinction.

Since the logging ban in 1989, many of the elephants trained to remove timber have been used for tourist demonstrations. Monkeys are used to pick coconuts.

Thailand has around 65.5 million residents. Three quarters of the population belong to the Thai (Siamese) or Thai people, such as the Lao, who live in the east and northwest of the country. Various mountain peoples (Akha, Hmong, Lisu, Karen and others) live in the regions in the north, some of whom have immigrated from the surrounding countries. Some of these peoples differ considerably in clothing, traditions, culture and language, although the villages are often only a few kilometers apart.

The largest minority in Thailand is the Chinese, at 14%, some of whom are Thai nationals. Most of them live in Chinatown, a district of Bangkok. Other minorities are the Malays in the south and Khmer and Vietnamese in the east of the country.

According to COUNTRYAAH, 95% of the population are followers of Buddhism, which plays a major role in the life of the population. There are over 18,000 Buddhist temples and sanctuaries in the country. Muslims, Hindus and Christians are only a minority.

Life expectancy in Thailand is 72 years on average; the population grows by about 0.9% per year. About 7.5% of Thai people are unable to read and write, although schooling has been mandatory for all children since 1921. 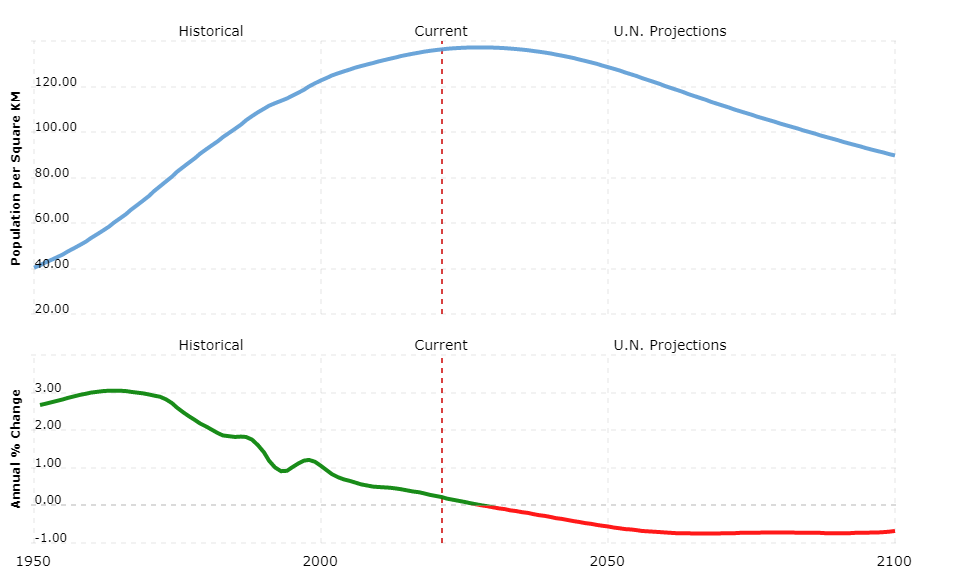 Thailand has been a constitutional monarchy since 1932. The new (18th) constitution was adopted in 2007. The king is head of state and commander-in-chief of the armed forces, as well as the highest Buddhist dignitary. The head of government is the Prime Minister, who is elected by the House of Representatives and must be confirmed by the King. Since a coup d’¨¦tat in May 2014, Prayuth Chan-ocha, the commander-in-chief of the army, has exercised governmental authority as head of a military junta (“National Council for Peacekeeping”).

The parliament (Ratha Sapha) consists of the House of Representatives (Saphaputhan Ratsadon) with 500 members, who are elected every four years, and the Senate (Wuthisapha). It consists of 150 members, of whom 76 are elected and 74 are appointed. In Thailand, there is an obligation to vote from the age of 18.

Thailand is divided into six regions and 76 provinces (changwat), each of which is governed by a government-appointed governor.

The rapidly growing economy of the emerging country is oriented towards a liberal market economy and is characterized by a strong role of foreign trade. Due to the decline of the national currency in 1997, the economy suffered severe losses. However, due to the government’s close cooperation with the International Monetary Fund (IMF), the Bath increasingly stabilized from 1999 onwards.

39% of the workforce is employed in agriculture, mainly in small businesses. Overall, the agricultural sector only makes up a good tenth of the gross domestic product. Rice, maize, millet, sugar cane, cotton and tapioca are mainly cultivated. Thailand is one of the world’s largest rice exporters. There are large rubber plantations, especially on the Malacca Peninsula.

Thailand has diverse mineral resources. Above all, ore, lignite and natural gas are mined. The energy needs can be covered. The enormous economic growth benefited above all the industry, the chemical, textile and electronics industries are significant. Many foreign companies opened production facilities in Thailand and used the low wages (with the competitor China attracting more and more investors). Another important economic factor is tourism, the largest source of foreign currency.

The ASEAN Free Trade Agreement entered into force in 2002. The main trading partners are China, Japan and the USA. In addition to rice and rubber, the main exports are electronics, motor vehicles and machines as well as chemical products. The most important import goods are oil, machinery and electronics.