According to Digo Paul, the country name comes from Arabic and means something like “land of the blacks” (Bilad As Sudan). Sudan is located in northeastern Africa and borders on Libya and Egypt in the north, the Red Sea, Eritrea and Ethiopia in the east, Kenya,Uganda and the Democratic Republic of the Congo in the south, and the Central African Republic and Chad in the west.

The landscape of Sudan is determined by the extensive basin of the Nile, from which individual mountains rise. To the east is the Ethiopian highlands and the mountains on the Red Sea. In the south, the country is bordered by the Asande and the Central African threshold. The country’s highest elevation (Kinyeti 3 187 m) is located in the southern border area with Uganda. In western Sudan, the Darfur Mountains rise to over 3,000 m (Jabal Marra 3,088 m).

In the north, Sudan has a share in the Libyan and Nubian deserts, which make up almost a third of the country’s total area and grow by around 5 to 10 km each year. In the center of the country, the desert changes into the Sahel region. Between the mountain ranges in the east and west of Sudan, vast plains with sparse vegetation stretch out. In the extreme south of the country is the large swamp and flood area of ​​the Sudd, which consists of countless watercourses of the Nile and its tributaries and often impenetrable vegetation and is larger in area than Germany.

The Asanda threshold in the south represents the watershed between the Nile and Congo systems, from where the White Nile flows northwards, with the capital, Khartoum (around 2 million residents in the city and over 7 million in the catchment area) with the Blue Nile united and flows into the Mediterranean in Egypt. The Nile, the longest river in the world at 6,671 km, is the most important permanent source of water in Sudan. 3 850 km of the course of the river are within the state’s borders.

The climate in Sudan is predominantly tropical with very high temperatures. Khartoum has average temperatures of 23 °C in January and around 31 °C in July. In the desert regions of the north, the temperature can also rise to 50 °C in summer and up to 40 °C in the winter half-year, although it cools down considerably at night all year round. In the north, the rainfall is very low, sometimes it does not rain for years, which leads to great drought and drought. In Khartoum, an average of 163 mm is measured annually. In the Sahel region, months of dry spells can be followed by downpours that lead to flooding. On average, 200 to 300 mm of precipitation falls here annually, with large fluctuations from year to year.

The vegetation in Sudan is very different: in the north there is a desert and semi-desert, there is almost no vegetation at all. In the Sahel zone bordering to the south there are thorn bushes, further to the south there are extensive savanna areas with high grass and acacia trees, occasionally there are baobab trees. Firewood and overgrazing pose a great danger here and promote soil erosion. The most fertile zone in the country is in the south in the flood areas of the Sudd. Papyrus, reed grasses, hyacinth plants and many different marsh plants grow here, as well as remnants of tropical rainforests with mahogany trees.

In addition to lions, hyenas and leopards, Sudan’s wildlife also includes gazelles, giraffes, ostriches, buffalos and elephants, most of which live in the south of the country. Their inventory is declining. Two national parks and reserves are said to secure it. Crocodiles and hippos as well as numerous water birds live in the rivers. A large number of fish species live in the Nile swamp area of ​​the Sudd and represent the livelihood of the local residents.

Sudan is one of the poorest countries in Africa. Arabian North Africa and tribal Southern Africa meet here, which leads to a multitude of conflicts. A total of around 40 million people live in the state, mostly in the north. The exact number is unclear because the war (South Sudan secession movement; genocide in Darfur 2003) and the famines of the past few years have resulted in several million victims.

About half of the population is black; Especially in the south there are black African tribes such as the Dinka (approx. 11%), the Nuba (approx. 8%), the Beja (approx. 7%) and the Nuer (approx. 5%). According to COUNTRYAAH, Arabs make up around 40% of the population. Other ethnic groups include the Azande, the Fur and the Kawahla. In total there are over 500 different tribes on Sudanese territory, many of the tribes live semi-nomadic.

The state religion is Sunni Islam, about 70% are committed to this belief, with many tribes mixing with the practiced natural religions. About a quarter of the population are animists, the rest are Christians, who live mainly in the south of the state. The official language is Arabic, but over 100 different languages ​​and dialects are spoken in the country.

Despite the existing compulsory education, the illiteracy rate is estimated at almost 40%. Life expectancy is low due to difficult living conditions and poor medical care (women 50, men 48 years); almost half of the Sudanese are under the age of 15. Population growth is 2.2%. 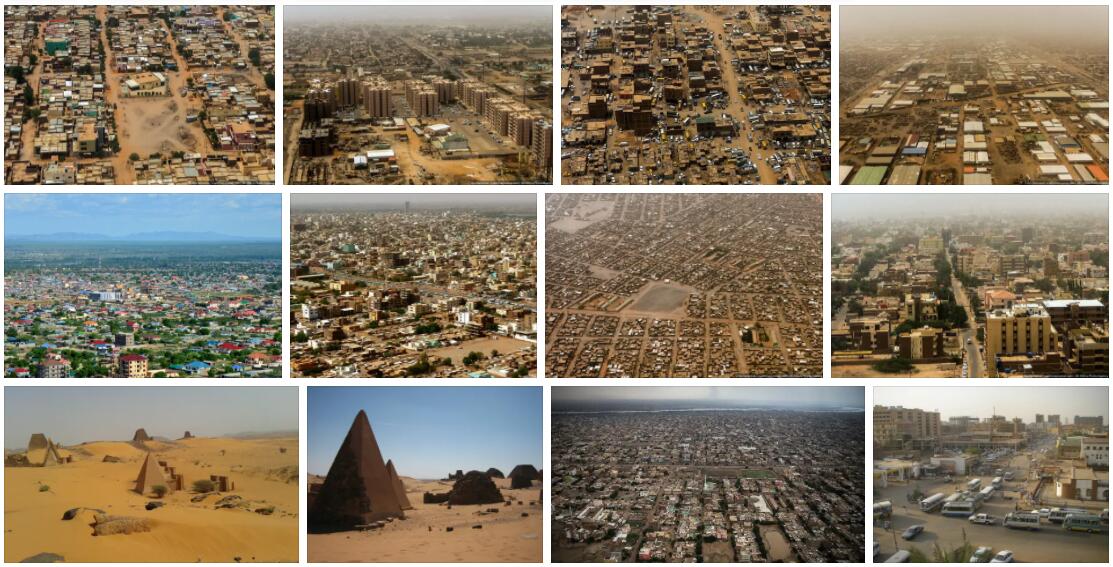 According to the transitional constitution of 2005, Sudan is a republic. The legal system is based on Islamic Sharia law.

The head of state and head of government is the President, who has been elected by the people for five years (Omar Hassan Ahmad al-Bashir since 1989). He is also commander-in-chief of the armed forces and chairman of the supreme judge’s council.

The National Assembly with 351 members and the State Council with 30 members (two per state) serve as the transitional parliament.

Sudan is divided into 15 states (Wilayat).

The supply situation of the population is very bad, extreme hunger disasters occur again and again; there is also still no way for the state to provide debt service. Sudan is one of the most indebted countries in the world. Decades of civil war, mismanagement, political instability and natural disasters are weighing on the economy.

The importance of agriculture has decreased. Around half of the employees here still generate 28% of the gross domestic product (GDP). In many areas, however, the cultivation of millet, wheat and sesame is only for self-sufficiency. In addition, peanuts and vegetables and dates are cultivated in the northern Nile valley. Cotton is exported; Furthermore, about half of the world’s need for gum arabic, which is obtained from a specific acacia species, comes from Sudan. Livestock breeding (cattle, sheep, goats, camels) is of economic importance, but thousands of animals are repeatedly victims of drought.

Industry now generates 31% of GDP. In addition to petroleum, Sudan has chrome and gold deposits. The oil sector has become the engine of industrial development in recent years, and pipeline and refinery capacities have been expanded. However, due to the independence of South Sudan in July 2011, Sudan lost the southern oil fields. The raw material oil previously generated over 80% of export earnings. Sudan’s first gold refinery opened in 2012; this year gold became the most important export good. Food (eg sugar), cement and textiles are also produced.

The main imports are machinery, transport goods, medical and chemical articles, food and raw materials from China, Saudi Arabia and the United Arab Emirates. The buyers of Sudanese products are China, Japan and Saudi Arabia.

The currency is the Sudanese pound (= 100 piastres).