The island state of the Solomon Islands is located northeast of Australia and consists of two approximately 1,000 km long rows of islands running approximately parallel in the northeast-southwest direction. In addition to the six main islands of Guadalcanal (6 475 km²), Santa Isabel (4 662 km²), New Georgia (4 144 km²), Malaita (4 071 km²), San Crist¨®bal (Makira, 3,188 km²) and Choiseul (2,538 km²) about 30 other islands (e.g. Vella Lavella, Ontong Java, Rennell, Bellona, ​​Santa Cruz, Florida, Russell, Reef and Duff Islands) and numerous small and smallest atolls. The islands of Bougainville and Buka in the north are geographically part of the Solomon Islands, but are the territory of Papua New Guinea.

The larger of the Solomon Islands are volcanic in origin and mostly mountainous. In many cases, they are surrounded by coral reefs. The mountain ranges, some of which are still active volcanoes, are partly rugged and drop steeply. The highest point in the state is the Popomanaseu on Guadalcanal with 2,331 m. On Guadalcanal there is a wide coastal plain in the northeast, here is also the state capital, Honiara.

In the Solomon Islands there is a tropical and humid climate with little temperature fluctuations all year round. The average values ​​are around 27 °C. The amount of precipitation varies depending on the altitude and region and is between 2,000 mm and up to 6,000 mm on the mountain slopes facing the wind. Most rain falls from November to April, during which hurricanes also occur.

The mountain slopes on the larger Solomon Islands are mostly densely forested, in total almost 90% of the land area is covered with tropical rainforest. In higher regions, this changes first into mountain, then into cloud forest. The flora is extremely rich in species, including ebony trees, cassowaries and a variety of different types of orchids. Mangrove forests and coconut palms are found along the coast.

Around 537,000 people live in the Solomon Islands, about two thirds of them on the largest islands of Guadalcanal, New Georgia and Malaita. The average population density is low at 19 residents per square kilometer. By far the largest city is the capital Honiara on Guadalcanal with 75,000 residents. 80% of the population live in villages and rural areas. Population growth is high at 2.7%.

The largest population group are Melanesians, just under 4% Polynesians and Micronesians, who mainly live on the islands of Ontong Java and Rennell. The official language is English, but it is only the first language for a tiny fraction of the population. Pidgin English (Tok Pidgin) is used as the language of communication. Around 120 different Melanesian and Polynesian languages ​​are also used on the islands.

According to COUNTRYAAH, 95% of the population profess Christianity: The largest religious community are Anglicans (45%), almost 20% are Catholics, another 12% followers of the Methodist or Presbyterian Church. Traditional religions are also practiced.

The average life expectancy is 73 years. There is no compulsory education for children, only three quarters of the children attend primary school. There is no university on the islands; Students have to go abroad. The literacy rate is around 62%. 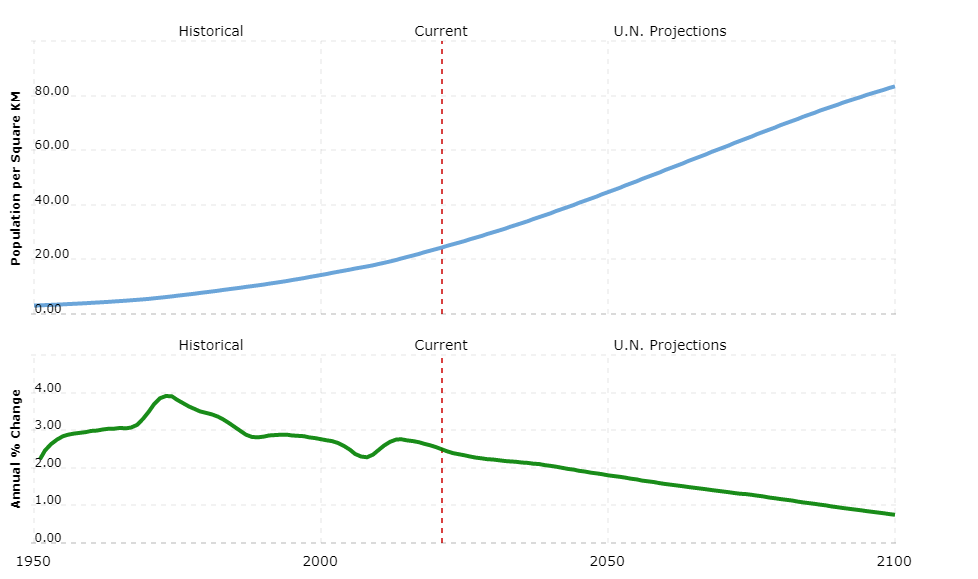 The Solomon Islands are a constitutional monarchy within the British Commonwealth of Nations. The constitution dates from 1978. The head of state is the British monarch Elizabeth II, who is represented on the spot by a governor general (since July 2009 Frank Kabui). The prime minister, as head of government, is usually the representative of the strongest party in parliament and is elected by it (since December 2014 Manasseh Sogavare).

The legislature lies with the parliament, which consists of a chamber with 50 seats. The deputies are elected directly by the people in one-person constituencies for four years. Voting rights from the age of 21.

The Solomon Islands are divided into nine provinces and a capital district.

The Solomon Islands are dependent on foreign aid. The backbone of the economy is agriculture. Although only a small percentage of the country’s area can be used for agriculture, there are good climatic conditions. For their own use, coconuts, manioc, sweet potatoes, rice and bananas are mainly grown. Agricultural products for export are mainly tropical wood, copra, palm oil, cocoa and fish. The export of tropical wood is the largest source of foreign exchange in the country. However, the mining is not carried out sustainably, so the resources will be used up in the foreseeable future and the land will no longer be usable due to soil erosion.

There are gold, silver, copper, phosphate and zinc deposits in the Solomon Islands, which are only partially mined. The industry is poorly developed and has a 9% share of GDP. There are mainly food processing companies (including spice processing).

Tourism plays a subordinate role due to poor infrastructure and tensions between different population groups.

The most important trading partners for exports are China, Australia and Thailand; imports (food, machinery, vehicles, fuels and consumer goods) come mainly from Australia and Singapore.

The currency is the Solomon Islands dollar.