The name of the capital Bamako is due to the city’s location on Niger, which was once rich in crocodiles: Bamako means “crocodile pond” in the Bambara language. Bamako is located in the southwest of the country and is easily accessible from the neighboring countries of Burkina Faso and Ivory Coast. It is not far to Guinea, Senegal and Mauritania, but the condition of the roads leading to these neighboring countries is sometimes very poor.

Bamako is located at the foot of the presidential hill “Koulouba”. The Niger divides the city into a north and south part, with extensive new districts emerging in the last 15 years, particularly on the south bank of the Niger. In the rainy season, the area around Bamako, which is characterized by fields, savannahs and forests, is dominated by lush green, which, however, quickly gives way to a multitude of yellow and brown tones with the onset of the dry season. 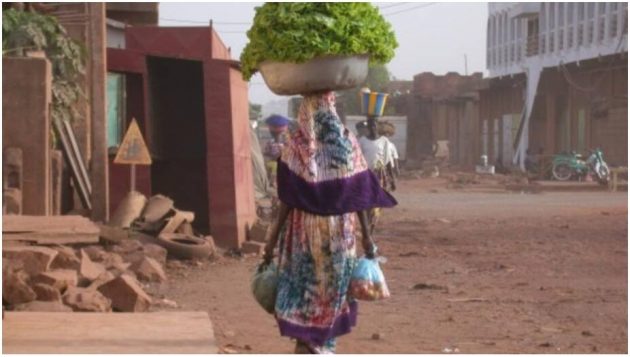 The Niger, the longest river in West Africa, is Mali’s lifeline. The Malian capital Bamako lies on its banks, and much of it looks like a small town. Especially outside of the city center, dusty streets and simply built houses dominate the cityscape. However, there are also residential areas with lots of green, as well as numerous new administrative and commercial buildings. The ongoing construction boom in Bamako has created a lucrative market for sand and gravel, with mining being concentrated on the Niger banks on the outskirts. However, the extraction of sand and gravel is increasingly threatening the Niger ecosystem and infrastructure.

In many places in Bamako there is significant construction activity. In 2011, for example, a new government district built with Libyan funding was opened. In the same year, another large business center was inaugurated in the city center. In September 2017 the foundation stone was laid for the reconstruction of the Marché Rose in the city center, which burned down in 2014.

In 2011 the third Niger Bridge was opened to traffic in Bamako. The structure financed by the PR China is called “Bridge of Sino-Malian Friendship”. It was hoped that the implementation of this by far most important urban transport project and the further expansion of the inner-city road network would result in a significant improvement in the traffic situation in Bamako. A year earlier, a modern traffic junction was inaugurated in the city center. In addition, work is being carried out on a comprehensive redesign of the banks of the Niger. A planned fourth Niger bridgeis intended to improve the traffic situation in the western parts of the city. Another Niger bridge is under construction in the greater Bamako area near Koulikoro (60 km north of Bamako).

A feasibility study was carried out for the planned installation of a tram in Bamako. However, critics doubt the sense of the tram project.

By expanding the drinking water supply, attempts are being made to meet the increasing water needs of the rapidly growing population of Bamako.

Comprehensive information on urban development and spatial planning concepts for the greater Bamako area can be found in the conference report Bamako 2030.