Just arrived – where can I find what?

Information about kindergartens, schools and leisure activities for families with children can be found on this page under the heading “With children in Jordan” (see below). The English-Arabic city guide Amman Today, which can be found free of charge in electronic form and as a brochure at kiosks, contains important addresses, e.g. of authorities, doctors, specialist dealers, shopping centers and repair shops. If your home furnishings are not yet complete, a visit to the carpenters and blacksmiths at the Schneller School is worthwhile. Here you can also get custom-made products at reasonable prices. You can also find used furniture and utensils on the Facebook page “Expats leaving Amman”.

On public holidays, in Jordan, the festival of the breaking of the fast at the end of Ramadan, the festival of sacrifice and December 25th (Christmas) count among others. Because the Islamic calendar is calculated according to the lunar year, all Muslim holidays move back around 10 days annually in relation to the international calendar. The daily newspaper Jordan Times and the internet portals Amman Today and Visitjordan (Jordan Tourism Board) provide information on current cultural and sporting events. Unfortunately, the flow of information in Jordan does not always work optimally. If you leave your contact details directly with the foreign and Jordanian cultural institutions in good time, you will receive mailings and newsletters and will be informed in good time if there are interesting events.

In most of the large supermarkets you can shop until late at night. In Amman, Safeway’s in Shmeisani is open 24 hours a day (and yet not more expensive than other markets). Organic products can be found at “Yanboot”, both online and at the stands in various supermarkets or at eventsby Yanboot in districts. Souvenirs and clothes are best bought downtown in Amman. Jabal Hussein is an inexpensive shopping mile. Ask for “Suq Jabal Hussein” in the taxi or on the street. The large shopping centers (Taj Mall, City Mall, Plaza Mall, Mecca Mall) are too expensive for many Jordanians, but quite affordable for Central Europeans. Mainly branches of international chains are present here. A considerable selection of antiques and Armenian-Palestinian ceramics can be found in Amman on Rainbow Street (Jabal Amman) and on Kulliat Al-Shareea Street in Jabal Webdeh. 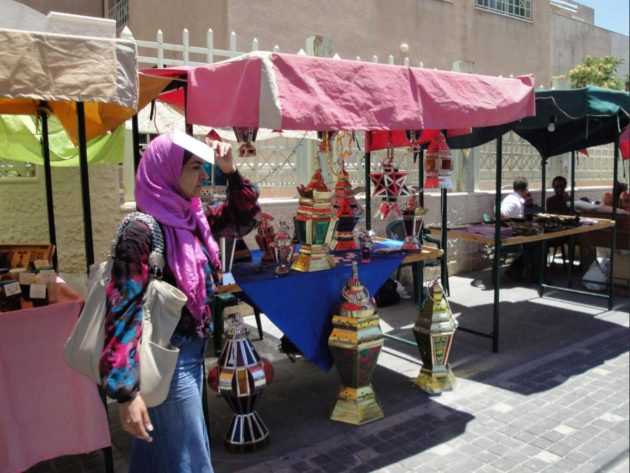 According to payhelpcenter, Jordanians and Palestinians do not usually work as domestic staff in Jordan. Cleaners and housekeepers come from Sri Lanka, Bangladesh, Indonesia or the Philippines. The Ministry of Labor provides information about approved recruitment agencies.

Video blog of a young British woman in Amman

Rachel, a young woman from the UK, has moved to Amman and blogs about her everyday life as a young mother, wife and expat.

The official currency unit is the Jordanian dinar(JD), colloquially known as “Jai Dii”. (For the current exchange rate, see the beginning of this page). 1 JD is divided into 100 piastres or 1000 fils. Fils is the common unit for prices: 1,100 JD are 1 JD and 100 fils. Cash machines are now common all over Jordan, and all common cards are accepted. Withdrawals usually only incur costs at home banks; most banks in Jordan do not charge any additional card usage fees. However, with the presence of new players in the financial market, the sector has become very confusing and some institutions are pulling considerable money out of their customers’ pockets by converting JD first into US dollars and then into euros. Even when paying with Visa cards, the fee regulations are very inconsistent and you quickly lose track of things. Cash is therefore recommended for travelers, because it allows you to use the cheap exchange rates of the exchange offices and you keep track of the costs. However, you have to pay attention to the opening times. In exceptional cases, jewelers and souvenir dealers also change. At the airport in Amman you should change as little cash as possible because of the bad exchange rates.

All foreign currencies may be imported into Jordan in unlimited amounts. Exception: Israeli shekel. The import of Jordanian dinars is limited to 50 JD, the export is limited to 300 JD.

Despite the numerous sources of conflict in the region, Jordan remains an attractive travel destination that has already inspired numerous tourists to write blogs and diaries. Ruth Caswell’s “Jordan Jubilee” Internet travel guide is not entirely fresh, but is informative and lovingly made. The extensive internet diary is available online and offline as a hardcover.

Several airlines fly regularly to the capital, Amman, including Turkish Airlines and the already partially privatized Royal Jordanian, which overhauled its fleet and service a few years ago. The Royal Jordanian is comparatively expensive. However, it has an acceptable price-performance ratio and offers numerous connecting flights from Amman to the Arab region.

If you want to travel from Egypt via the Sinai and the Red Sea to Aqaba, you should take the more expensive speedboat in Nuweiba if possible. The cheap ferry is often overbooked and delayed.

Attention: We strongly advise against traveling to Jordan via Syria or making trips to Syria (see travel warnings from the Federal Foreign Office).

Driving is not a problem in Jordan. All major international rental car companies are represented, as well as numerous local providers.

The Jordanian road network is well developed. The Jordanians’ driving style is sometimes quite aggressive and sometimes unpredictable. Trucks unexpectedly cross the motorway in the middle of nowhere, 40-ton trucks come towards you on the wrong side of the road. It can be dangerous, especially after dark. Since the Jordanian traffic police do not always enforce the – theoretically quite strict – rules, many trucks and even buses drive without sufficient lighting. If you are only in Jordan for a short time, renting a taxi with a driver can reduce stress. Depending on the distance and the standard of the provider, the cost is 60-200 JD per day.

Buses are an inexpensive means of transport in Jordan, especially the air-conditioned intercity buses from the JETT Company to Petra or Aqaba. Attention! The JETT buses are usually VERY on time, so be sure to be there 15 minutes before departure. Small and medium-sized buses run on short routes, which are very inexpensive, but very uncomfortable. There are no fixed timetables here. The buses leave as soon as there are enough passengers. In Amman, most of these buses leave from the bus station in Tabarbur (Hashimi Shimali, taxi costs from central Amman approx. 3-4 JD).