The independent state of Samoa (officially West Samoa or Samoa West until 1997; officially Malo Tuto’atasi o Samoa i Sisifo) is an island nation in the southwestern Pacific Ocean and lies about 3,000 km northeast of New Zealand, halfway to Hawaii. Its national area (2,831 km²) covers the western part of the Samoa Islands. It consists of the islands of Savaii (1 708 km²), Upolu (1 118 km²), Apolima, Manono and five other uninhabited islands. The Eastern Islands have been part of the US territory since 1899 as American Samoa.

The islands of Samoas are of volcanic origin and have high, rugged mountains in the interior, which rise to Savaii to the highest mountain in the country, the 1,858 m high Mount Silisili. The central volcanoes of Savaii are surrounded by lava plains that change towards the coast into narrow, partly hilly, partly flat landscapes. The central volcanic mountain on the island of Upolu is Mount Rito, which is 1,079 m high. Here, too, the coastal plains are the focus of the settlement. Both main islands have numerous short but water-rich rivers that flow to the sea via rapids, crater lakes and waterfalls. The islands are largely surrounded by coral reefs.

Samoa’s climate is warm and humid with little seasonal temperature fluctuation. The average temperatures in Apia, the capital of the state, are 26.5 °C in January and 25.5 °C in July. A southeast trade wind blows from May to November. The annual rainfall is around 2,500 mm (roughly three times the amount of rain in Germany). The main rainfalls are from November to March. In the mountainous inner regions of the islands, there is more precipitation, on the weather sides of the mountains up to 7,000 mm annually. The risk of tropical cyclones, so-called typhoons, is particularly high in the months of January, February and March. The volcanoes of the islands are still partially active, the last eruption was in Savaii in 1904.

Tropical rainforests largely cover soils that are very fertile due to their volcanic origin. The mountain regions in particular are densely covered with evergreen forests. Myrtle plants, nutmeg trees, ferns and bamboo grow on the large islands. The particularly high banyan trees are striking. Especially in the coastal region there are coconut palms and breadfruit trees up to 20 m high, the head-sized stone fruits of which weigh up to two kilograms are edible.

Animal life is not very rich in species. Bats and various lizard species live on the islands. The endemic animal species in Samoa include two types of snakes and around half of the existing bird species. Pigs, rats and cattle, on the other hand, were introduced by humans.

Around 178,000 people live in the state of Samoa, the country’s largest city is Apia on the north coast of the island of Upolu with a population of 37,000. Three quarters of the population live on the island of Upolu. According to COUNTRYAAH, 92% of citizens are Samoans and 7% of European descent. The smaller minorities also include more than a thousand European employees in development aid projects. The Samoans belong to the Polynesian ethnic group, which also includes the Maori in New Zealand and the Tahitians in Tahiti. The official languages ​​are Samoan and English. Samoan is spoken as a mother tongue by around 200,000 people worldwide. The Polynesian languages ​​are spoken by about a million people.

The Samoan village communities are traditionally characterized by high social cohesion. Elected family leaders form village and area councils and solve problems of coexistence that arise. Before the emergence of Europeans, apart from practiced natural rituals performed by the family elders, there were no overarching religious belief systems. This changed due to the mission to Christianity, which was quickly adopted by the village communities. Today, around 99% of the population consider themselves Christian. The Church, which emerged from the London Mission Society, has the most religious followers, followed by the Roman Catholic and Methodist Churches, as well as other Christian communities.

The population development on the islands has a slightly negative tendency, which is due to the strong emigration. The health system is good, the average life expectancy is 71 years. Literacy is almost complete. 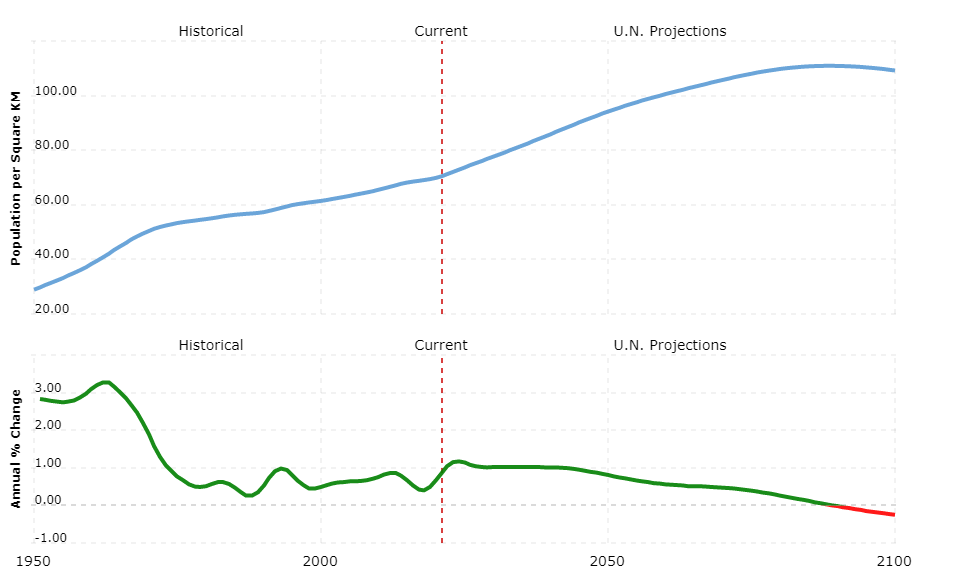 Samoa is a parliamentary democracy with traditional Polynesian elements in the Commonwealth. The constitution dates from 1962. The head of state has been Tupuola Taisi Tufuga Efi since June 2007. The head of state is elected by the legislative assembly for a period of five years. The executive is taken over by the Prime Minister (Tuila’epa Sailele Malielegaoi since November 1998) and his cabinet.

The legislative power lies with the so-called Fono (Legislative Assembly), which has 49 members elected for five years. A special feature is that almost exclusively chairpersons (Matai) of family clans can be elected to parliament. Two freely elected members are representatives of the ethnic minorities. All citizens over the age of 21 are entitled to vote.

The judicial system is based on English common law.

The country is divided into eleven districts.

The very open and market-oriented economy of Samoa was able to significantly reduce its public debt within a few years thanks to successfully implemented structural reforms and prudent management with government spending.

The gross domestic product (GDP) accounts for 63% of the service sector, 27% of the industrial sector and 10% of agriculture, forestry and fisheries; over two thirds of the workforce work in the latter area.

A major part of the exports are agricultural and timber products, such as copra, taro, cocoa, fish, beer and wood. Fishing is particularly important for the country’s economy. In addition, sweet potatoes, breadfruit, maize and legumes are grown for own use, and pigs and poultry are kept.

The industry is primarily concerned with the further processing of food and the production of clothing and auto parts. Samoa’s main trading partners are Australia, New Zealand, American Samoa, Singapore, China, Fiji and the USA. The most important imported goods are petroleum products, food, machinery and vehicles.

Tourism plays an important role for the island.

The main port and international airport is Apia on the island of Upolu.

Currency is the tala.