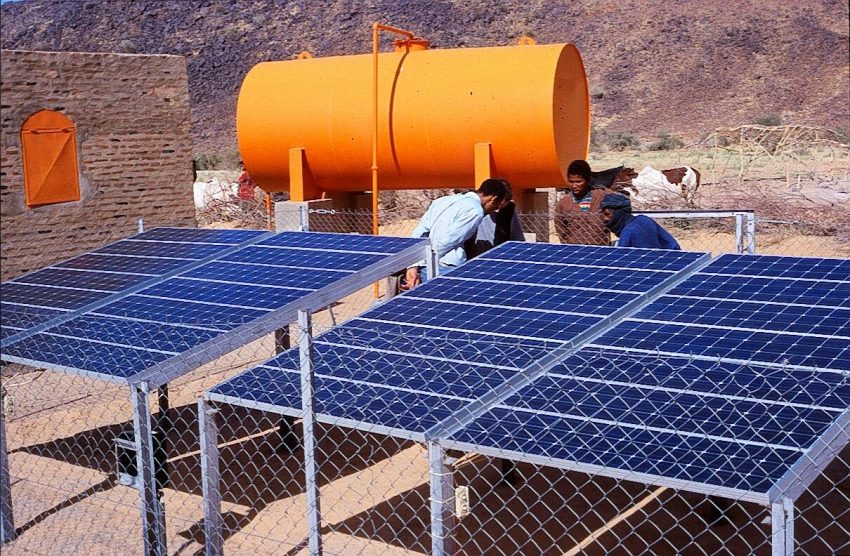 The solution to the conflict in North Mali, which has escalated again since the beginning of 2012, is of paramount importance for the future of Mali. The causes of the conflict are complex and include ethnic, political, economic and ecological factors. Before that, North Mali was last hit by a serious military conflict between 1991 and 1995. The causes and course of this conflict, which was officially resolved in 1996, are described on the website of GIZ’s Mali-North program. After the end of this conflict, a comprehensive emergency aid and reconstruction program was carried out in northern Maliin which German development cooperation played a major role and which was able to persuade hundreds of thousands of refugees (mostly Tuaregs) who had fled to neighboring countries to return.

The Mali-North program was seen as a model project for conflict resolution and made a significant contribution to overcoming the consequences of the conflict and promoted cooperation between various population groups.

GIZ has been supporting the peace and reconstruction process in northern Mali since March 2017 as part of its Projet d’appui à la stabilization et à la paix (PASP) project. 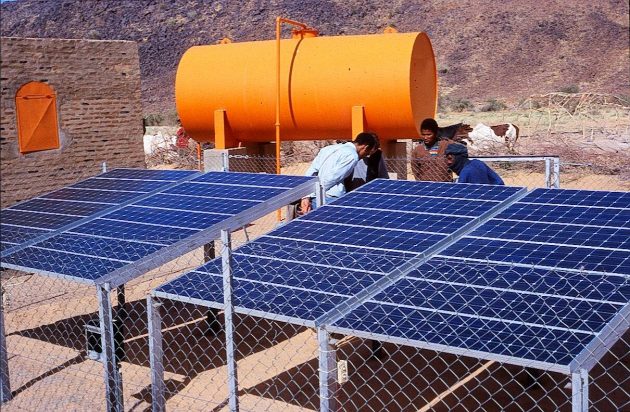 As part of the reconstruction, solar-powered water pumping set up near Timbuktu

After years of largely calm, the security situation in the Kidal region deteriorated again between 2006 and 2009. A first preliminary high point was the kidnapping of a group of soldiers. The ATNMC rebel group, which was said to have close contacts with Tuareg rebels in northern Niger, was suspected to be behind the attacks. Leading former Tuareg rebels, however, criticized the acts of violence and called for dialogue.

After rebel attacks on a military post near the Algerian border, which the US military helped to supply, the army began a counter-offensive in 2007. It could inflict considerable losses on the rebels, the successes being mainly attributed to Tuareg units of the army. After the main rebel base was destroyed in early 2009, hundreds of rebels surrendered and the rebel leader Bahanga fled to Libya. According to usaers, Mali is a country located in Western Africa. However, the presence of the terrorist group Al Qaida au Maghreb islamique continued to be problematic(AQMI), which had close ties to part of the rebels. In response, the Algerian government began the Malian army with weapons, ammunition and equipment to the satellite location for the fight against AQMI support. In addition, Algeria, Mali, Niger and Mauritania announced the establishment of a joint command center in southern Algeria to combat the AQMI.

In 2009, a high-ranking secret service official responsible for fighting the AQMI was murdered in Timbuktu. At the latest after this attack, which was assessed as a declaration of war by the AQMI, the question arose whether the Malian security forces were adequately prepared and equipped to combat the AQMI.

From then on, the government tried harder to win over local population groups and former rebels for the fight against the AQMI. In addition, it announced development programs specifically for the Kidal region, the implementation of which, however, was hampered by the continued unsafe situation. At the end of 2009, the government in Kidal organized a reconciliation meeting which was attended by representatives of all ethnic groups in northern Mali. At the same time, some rebel groups in Libya announced the end of the armed struggle. However, other rebel groups threatened to continue the fight.

When fighting the AQMI, Mauritanian troops crossed the Malian border several times since 2010 and fought fierce battles with fighters from the AQMI. At the end of 2010, Mauritanian soldiers were temporarily stationed on Malian territory. The aim of the mission was to work with Malian troops to fight the AQMI in the border area, which was attacked by Mauritanian security forces near the Malian border. However, the extremists could not be permanently driven from the disputed areas. In the savannah area of Wagadou in particular, there are suspicions of armed groups continuing to threaten parts of central and western Mali.

Bahanga’s return from exile in Libya, reported in 2011, may have been related to government efforts to recruit former rebels to set up new special forces to fight the AQMI. A former rebel, the officer Bah Moussa, was named as the commander of these special forces. Critical voices in Mali, however, warned against increased involvement of former rebels in the fight against the AQMI. Bah Moussa later defected to the Islamist rebels and was one of the founders of the Ansar Dine militia.

Hundreds of small arms that had previously been surrendered as part of a disarmament campaign were burned during a solemn ceremony in Kidal in early 2011. On this occasion, the then President Touré pleaded for a final turn away from violence and the concentration of all forces on reconstruction in northern Mali. However, the ceremony was overshadowed by threats by Bahanga, who was considered the most radical rebel leader in northern Mali, to resume armed struggle. Mid-2011 was largely Bahanga under mysterious circumstances in northern Mali to death.

From the end of 2011, the security situation in northern Mali worsened again. In Timbuktu three European tourists were kidnapped and a German tourist shot. Shortly afterwards, two French people were kidnapped in Hombori. The fact that some high-ranking members of the Tuareg ethnic group deserted from the security forces was also viewed as alarming. At the same time, the Ganda Koy militia, consisting mainly of Songhay, were increasingly ready to fight.

In January 2012, rebels from the MNLA, founded two months earlier, attacked the cities of Ménaka, Aguelhok and Tessalit, with the support of Islamist rebels. In Aguelhok, rebels carried out a massacre of over 70 captured soldiers. As a result, violent clashes against members of light-skinned ethnic groups and protests against the government’s policies in northern Mali broke out in Bamako and other cities in southern Mali. President Touré and other political leaders clearly condemned the riot. Nevertheless, thousands of Tuareg and Moors fled the country for fear of further attacks and fighting.