The Republic of Nicaragua is located in Central America and borders Honduras in the north, the Caribbean Sea in the east, Costa Rica in the south and the Pacific in the west. With an area of ​​129,779 km², the country is the largest republic in Central America and about three times the size of Switzerland. The state territory also includes numerous small islands in the Caribbean Sea, such as the Corn Islands. See Nicaragua country abbreviation.

Mountains rise in northern Nicaragua and in the middle of the country. The Cordilleras in the north (Cordillera Isabella) reach up to 2 100 m, on the border with Honduras is the country’s highest peak, the Cerro Mogot¨®n (2 107 m). In the southern part of Nicaragua, the Cordillera Chontaleña runs in a north-south direction. In the west of the country is the Pacific basin landscape (Nicaragua valley) with the two lakes Nicaragua (8 264 km²) and Managua (644 km²). Lake Nicaragua is the largest freshwater lake in Central America. Between the two lakes and the western Pacific coast lies a chain of volcanoes, some of which are still active, the highest of which are the San Crist¨®bal with 1,745 m and the Concepci¨®n with 1,610 m.

In the east of Nicaragua runs the Caribbean lowlands, which is only sparsely populated and extends around 70 km. The country’s largest rivers run here, all of which flow into the Caribbean Sea (e.g. Coco, San Juan, Grande de Matagalpa).

The capital, Managua, is located on the south bank of the lake of the same name in the Pacific lowlands.

Nicaragua has a tropical, humid climate with high temperatures all year round. Average temperatures in the country’s lowlands are around 27 °C all year round, and in the higher regions between 15 °C and 20 °C. With annual rainfall of up to 6,000 mm, the east coast of Nicaragua is one of the rainiest regions in the world. On the Pacific coast in the west of the country fall up to 1 900 mm per year. Here the rainy season lasts from May to October, in the east the rainy season is much longer. The driest region in the country with annual rainfall of around 1,000 mm is the Nicaragua Depression.

The Caribbean lowlands in the east of Nicaragua and the eastern slopes of the mountains are largely covered by evergreen rainforest with a large biodiversity. In the mountains in the center of the country, the rainforest changes into mountain forest from a height of approx. 600 m, mixed forests predominate from approx. 900 m, which then change into coniferous forests. Mangrove forests and vast marshes can be found on the coast. In places where the rainforest was cut down, pine forests are now growing. The Nicaragua valley in the west of the country is largely used for agriculture.

The wildlife of Nicaragua is rich in species, for example pumas, jaguars, ocelots, various types of monkeys and many reptiles such as alligators and snakes (e.g. boa constrictor) live in the rainforest areas. The diverse bird life includes parrots, hummingbirds, toucans and pelicans.

About 5.47 million people live in the Republic of Nicaragua, with the fertile coastal plains in the west of the country being very densely populated, while only about a tenth of the population lives in the eastern half of the country (Caribbean lowlands). A little less than two thirds of the people live in cities; by far the largest city is the capital, Managua, on the shores of the lake of the same name, in the area of ​​which around 1.37 million people live. Other major cities are Le¨®n (395,000 metropolitan area), Masaya (315,000, metropolitan area) and Chinandega (440,000, metropolitan area).

The largest population group with about 70% are mestizos (hybrids with Indian and white ancestors), the second largest group are whites with about 17%, blacks have a population share of about 9%. The remaining residents, Indians, just like the black population live predominantly in the eastern part of the country. A small minority are the Garifuna (so-called black carrots, hybrids from Black Africans and Caribbean Indians) who immigrated to Central America around 1800. Population growth is around 1.9%.

The official language and colloquial language is Spanish. Creole English and the different languages ​​of the Indian tribes are also spoken (eg Rama, Misquito, Sumo). According to COUNTRYAAH, 85% of the population are Catholic Christians. Protestants (Moravian Church) form a religious minority.

The average life expectancy is 70 years. Children are required to attend school for six years and the literacy rate is around 68%. 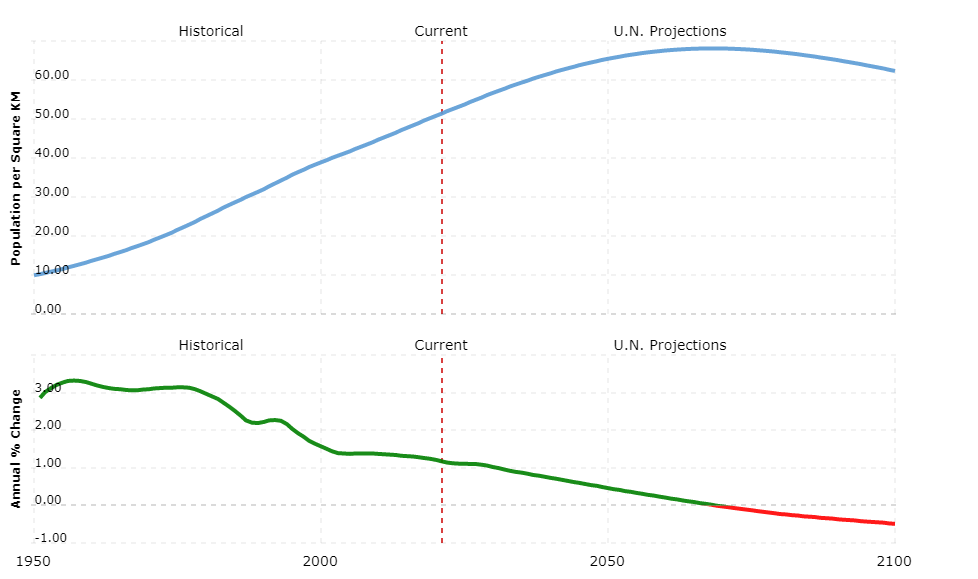 Nicaragua is a presidential democracy, the constitution dates from 1987. The head of state is the president, who is also head of the government and commander-in-chief of the armed forces (Daniel Ortega Saveedra since January 2007). He is elected by the people for a term of five years. An unlimited number of terms has been allowed since 2014.

The legislature lies with the parliament, which consists of one chamber (Asamblea Nacional). The 92 MPs are elected by the people for a term of five years, of which one seat is for the former president and one seat for the second place in the presidential election.

Somoza dictatorship, civil war and major natural disasters (1998) caused severe damage to the Nicaraguan economy, from which the country has not yet recovered. 42% of the population live below the poverty line, 45% are underemployed. The country is highly dependent on foreign funding.

Agriculture generates a fifth of the gross domestic product (GDP) and employs almost a third of all workers. A large part of the export earnings is generated by agricultural products. The main crops are coffee, bananas, sugar cane and cotton, and corn, millet, rice, beans and citrus are also cultivated. Fishery products (shrimp, fish) are important export goods. Customers are the USA, El Salvador and Costa Rica.

Around 27% of GDP is generated in industry. The most important branch is food processing, there are also companies in the chemical, metal and textile industries. Nicaragua has mineral, mineral, gold, silver, zinc, copper, iron and lead deposits. The country’s energy requirements are largely covered by water, wind and geothermal power plants.

Machines and vehicles, industrial goods and fuels from the USA and other South American countries are primarily imported.

The road network in Nicaragua covers around 19,000 km, of which only around 10% is paved. The country’s most important port on the Pacific coast is Corinto. Around 2,200 km are available on inland waterways. There is an international airport near the capital, Managua.