With an area of 1.24 million km², Mali is almost four times the size of the Federal Republic of Germany. The country stretches from the Upper Guinea threshold in the south over the Niger Basin and the Sahel zone in the center of the country to the Sahara, which takes up about 60% of the country’s area, which can be seen in a striking way on satellite images of the country. With a few exceptions (Mandingo Mountains, Dogon Mountains, Hombori Mountains), wide plains and flat basins characterize the landscape and the relief. In the mountainous region of Adrar des Ifoghas on the Algerian border, the elevations rise to an altitude of almost 1000 m.

Mali is a country rich in natural resources. In the southwest, south and north in particular, there are significant, only partially developed deposits of mineral resources (e.g. gold, bauxite, iron ore, crude oil and uranium), the economic importance of which is discussed in this country information portal under “Economy”.

The photo collection of GEO Travel Community offers a good photographic overview of the different regions of the country and its residents.

Mali is part of several climatic and vegetation zones. The diversity of these vegetation zones ranges from the wet and dry savannas in the south to the thorn bush savannah in the center to extremely arid desert areas in the north. The Niger inland delta in central Mali occupies a special position, which is seasonally flooded by the Niger and its tributaries and is of great importance for fishing.

Dugout canoe on the Niger

The natural vegetation formations have been significantly changed in many places by human intervention. The agroforestry system of cultivated tree parks, which characterizes land use in large parts of the Sahel and Sudan zones, goes back to a long farming tradition of combining the use of wild value tree species (especially baobab, karité, néré and acacia albida), the cultivation of field crops and livestock farming. The cultural tree parks are of great ecological and socio-economic importance. 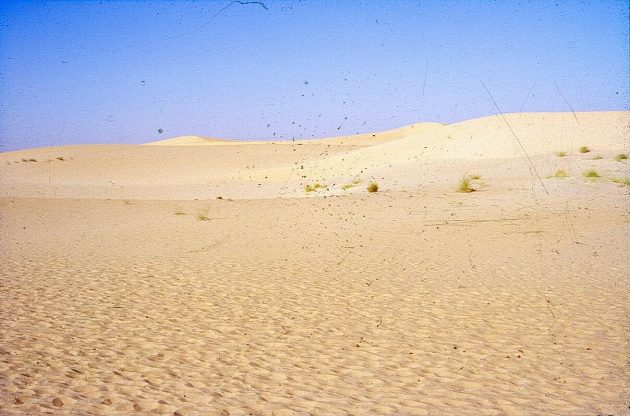 The inland delta of the Niger in the center of the country is an impressive natural and cultural landscape in Mali. Due to the annually recurring floods, the Niger Inland Delta is a very important cultivation and grazing region, which has strong contrasts to the rather dry surrounding area. Large parts of the inland delta can only be reached with dugout canoes, especially during the rainy season and the flood period. 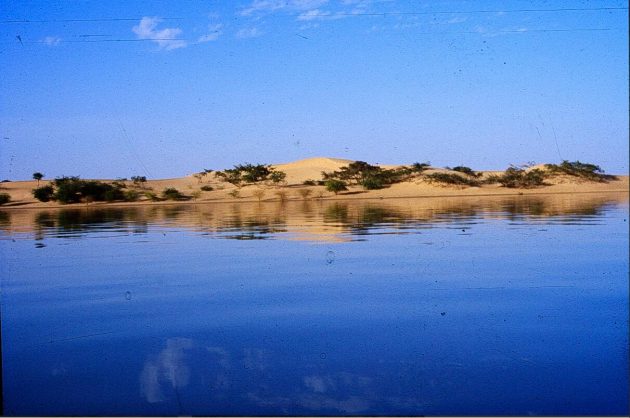 The Niger near Timbuktu

The population of wild animals has been greatly decimated, so that today only with a lot of luck monkeys, gazelles and rare bird species can be observed. From lions, buffalos, elephants, hippos and giraffes, there are only very few animals left in largely undeveloped parts of the country. Regular droughts in the north and center of the country and political instability also threaten the rare desert elephants that live in the Réserve d’Eléphants du Gourma. 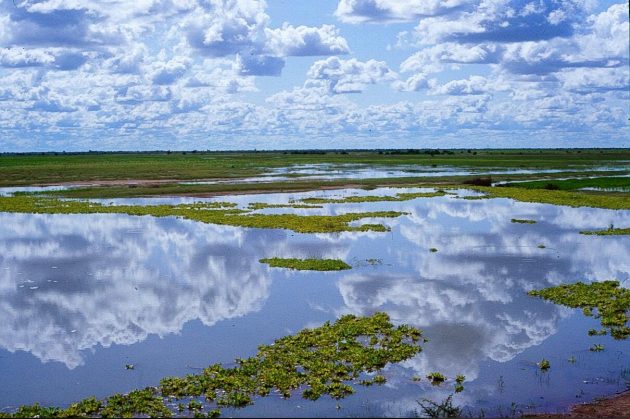 According to extrareference, Mali is a country located in Western Africa. There are three seasons in Mali. From November to February it is dry and mostly warm, from March to May it is dry and very hot. During this time, violent dust storms can occur, especially in northern Mali. In June the humid and humid season begins, which sometimes brings very heavy rains and ends in September / October.

The distribution of precipitation shows large regional differences. The precipitation, which is concentrated in the months of July and August, decreases from south to north. The mean annual precipitation in Sikasso in the southeast of the country is 1123 mm and only 159 mm in Timbuktu on the edge of the Sahara. In addition, the length of the rainy season decreases from south to north, while the variability of precipitation and the risk of drought increase. In the north there have been repeated periods of drought of several years in the recent past, which have had serious consequences for the predominantly nomadic population living there. On the other hand, rainfall is very rare in the desert.

During the rainy season, especially in southern and central Mali, flooding can occur as a result of heavy rainfall, which can cause great damage in some places and sometimes even devastate entire villages. Significant damage was also reported from the capital in the years 2010 to 2013 as well as in 2019 and 2020, where the effects of heavy precipitation are exacerbated by inappropriate land use planning and inadequately developed and maintained sewers.

A comparison of the climate tables and climate diagrams of various Malian cities quickly shows that Mali is a very warm country. The mean daily temperature in the capital Bamako is 27.8 ° C on an annual average. The maximum and minimum temperatures measured in Bamako over the past decade were 44 ° C and 8 ° C, respectively. The maximum temperatures reach 45 ° C in the south and even over 50 ° C in the north. In the months of December to February, on the other hand, night temperatures can drop to below 5 ° C in the desert areas.

Weatheronline provides continuously updated information on the weather in Mali. Numerous thematic maps can be found in the Mapjourney map collection.