In March 2012, after weeks of fighting and siege, the rebels succeeded in conquering Tessalit. With the conquest of the strategically important city and army garrison, they inflicted a heavy defeat on the army. The fighting strength of the rebels was greatly increased by the large number of Tuareg soldiers from the defeated Libyan army who returned to northern Mali with numerous heavy weapons from Libyan stocks after the end of the Libyan civil war.

The rebel groups took advantage of the politico-military instability, which was intensified by the military coup in March 2012, and launched a major offensive against the armed and increasingly demoralized army. In just ten days they conquered vast areas and the strategically important regional capitals of Kidal and Gao. With the conquest of Timbuktu, the rebels finally succeeded in taking the last great city in northern Mali still held by the army. The rebel groups had thus achieved their military goal and controlled the entire north of the country. For the first time in its history, the Republic of Mali was de facto divided into two parts.

In April 2012 the MNLA unilaterally declared the independence of the territory conquered by the rebel groups. The proclamation of Azawad by MNLA politicians living in France, however, met with unanimous rejection internationally. In addition, the rebel group Ansar Dine, allied with the MNLA, rejected the independence of the territory and referred to the introduction of Sharia law as the most important demand on their part. The great differences between the former allies led to an open rift in mid-2012, and the Islamist rebel groups Ansar Dine and MUJAO(Movement for Unity and Jihad in West Africa) ousted the MNLA rebels, whom they referred to as “the stooges of the US and France”, from Timbuktu and Gao. In doing so, they inflicted a decisive defeat on the MNLA. In September 2012 the MNLA was also expelled from Douentza in central Mali, with which the MUJAO expanded its sphere of influence further south.

According to timedictionary, Mali is a country located in Western Africa. At the end of 2012, the MNLA’s attempt to defend Ménaka as a potential base for an international intervention force failed. The MUJAO had previously repulsed an attack by the MNLA on Gao. In addition, the MNLA lost control of the strategically important city of Léré near the Mauritanian border and other areas on the Algerian border.

In the areas they controlled, which made up almost two thirds of Mali at the beginning of January 2013, the Islamists introduced a strict regime, relying on the Sharia. The crimes they have committed in this context are dealt with in this country information portal under “Human Rights”. In addition, Islamist rebels in Timbuktu destroyed centuries-old graves and mausoleums, which caused horror among the city’s population. 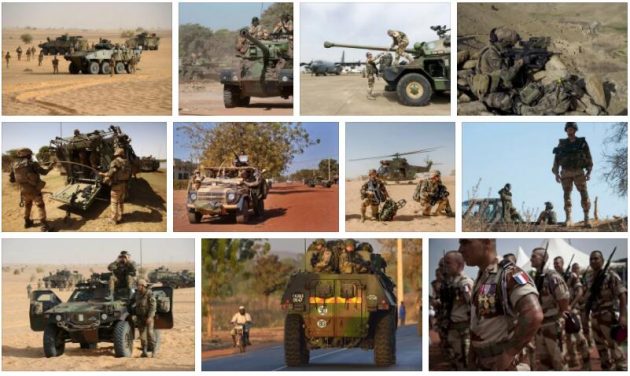 The Islamist rebels received increasing support and influx from extremists from neighboring states and some Islamic countries. For this reason, too, concerns about the creation of an internationally important retreat and training area for Islamic extremists in northern Mali increased. In this context, the then Federal Development Minister Niebel warned in autumn 2012 that a “second Afghanistan” was threatening northern Mali.

In view of the desolate condition of the army, there was increasing discussion about an international military intervention. While France in particular was pushing for an early intervention, the USA, for example, advised against intervening too quickly. The UN Security Council unanimously approved an international military intervention in December 2012. Three months earlier, Interim President Traoré had asked the UN and ECOWAS for support in dealing with the conflict, which military members close to the coup plotters in particular refused to do for months. After the decision of the UN Security Council, Traoré pleaded for a swift reconquest North Malis. In contrast, critics demanded that priority should be given to restoring the rule of law and the organization of free elections, even in the face of numerous unanswered questions regarding a reconquest.

The rebel groups MNLA and Ansar Dine announced their readiness to negotiate with the Malian government under Algerian mediation at the end of 2012, but these were revoked a few weeks later by Ansar Dine.