The Republic of Mauritius is a small island nation that lies approximately 1 900 km from the east coast of Africa and 800 km from the island of Madagascar in the Indian Ocean. In addition to the main island of Mauritius (1.865 km²), it includes the island of Rodrigues (104 km²) and the two groups of islands Agalega (75 km²) and Cargados-Carajos (1.3 km²). With a total area of ​​2,040 km², the island state is almost as large as the German state of Saarland. Together with the French overseas department of R¨¦union, the islands of Mauritius and Rodrigues form the Mascarene archipelago.

Mauritius and Rodrigues are volcanic in origin and bordered by coral reefs. The land area of ​​Mauritius is a plateau located about 600 m above sea level, which represents the bottom of a volcanic crater. The surrounding mountains are the remains of the crater rim, the highest peak on the island and at the same time the Republic is the Piton Rivi¨¨re Noire with 828 m. The high plateau is divided by numerous water courses that run in deep gorges. The longest river is the Grande Rivi¨¨re Sud-Est, which rises in the center of the island and flows into the sea on the east coast. In the southern part of the island there are several freshwater lakes, the largest of which is 5.6 km², Mare aux Vacoas. The coasts of the island are mostly steep and sometimes heavily structured. At a distance of approx. Coral reefs that surround almost the entire island lie 200 m to 5 km off the coast. There are extensive lagoons between the coast and the coral banks, the water depth of which does not exceed 3 m. See Mauritius country abbreviation.

The island of Rodrigues is about 560 km east of Mauritius and is also surrounded by coral reefs. The highest point here is Mont Limon with 396 m.

The Agalega archipelago, which consists of two coral islands connected by a sandbar, lies around 1,000 km north of the island of Mauritius. Over 20 small and uninhabited coral islands form the group of the Cargados-Carajos Islands, which are located about 400 km northeast of Mauritius.

The capital of the Republic, Port Louis,is located in the northwest of the island of Mauritius on the coast.

The islands have a tropical-oceanic climate, which is characterized by high temperatures all year round. In the summer half-year (December to March) the average temperatures on the coast are around 27 °C, in the highlands around 24 °C. During these months, a large part of the precipitation falls: While up to 1,000 mm of rain is measured on the northwest side of Mauritius, it is up to 4,000 mm on the southeast side. In the winter half-year, the average temperatures are around 21 °C on the coast and 18 °C in the highlands. Cyclones can occur in the months of December to March.

The original vegetation in Mauritius and Rodrigues consisted of tropical rainforest, which is only available in residual stocks. Today more than 60% of the country’s area is cultivated land. Imported tree species such as teak, mahogany, pine, casuarine, eucalyptus, almond, banyan (strangler fig), tamarind and tulip tree dominate. Mangroves grow in swampy areas, especially on the coasts there are various types of palm trees.

The original fauna on the islands of the Republic of Mauritius had no mammals apart from bats. Today there are rabbits, Java deer, semi-monkeys (macaques) and various rodents that were introduced by humans on the two largest islands. The extinct animal species include, for example, the giant tortoise and the flightless Dodo (Dronte), a ratite weighing up to 25 kg. The bird life is extremely diverse, the endemic species include, for example, the Mauritius hawk, the Mauritius pigeon and the Mauritius parrot. Among other things, soot terns and red and white-tailed tropical birds occur on seabirds.

Around 1.3 million people live on the islands of the Republic of Mauritius, which are very densely populated with just under 614 residents per square kilometer. Much of the population lives on the main island of Mauritius. The largest urban settlement is the capital, Port Louis, with approximately 149,000 residents. Other cities are Beau Bassin-Rose Hill with 109,000 and Vacoas-Phoenix with around 106,000 residents; both cities are located in the highlands of Mauritius.

The largest population group with approximately 53% are the descendants of the Indians who immigrated in the 19th century. 43% are Creoles that are descended from Europeans and Black Africans. The third largest ethnic group with an estimated 3% are Chinese. White Europeans (Franco-Mauritians) have a small share of the population, but represent the highest-income strata.

The largest religious community are Hindus (almost half of the population), the second largest group are Christians (around 30% in total, mostly Catholics). Followers of Islam, mostly Sunni, make up around 16.5% of the population. The official language in Mauritius is English, French is widely used as an educational language, almost all residents speak Mauritian, a French Creole with African and Asian elements.

Mauritius is one of the wealthiest countries in Africa. According to COUNTRYAAH, population growth is comparatively low at 0.85%, while mean life expectancy at 76.4 years for women and 68.5 years for men is significantly higher than the African average. Social and health care are well educated. The literacy rate is given as around 85%. 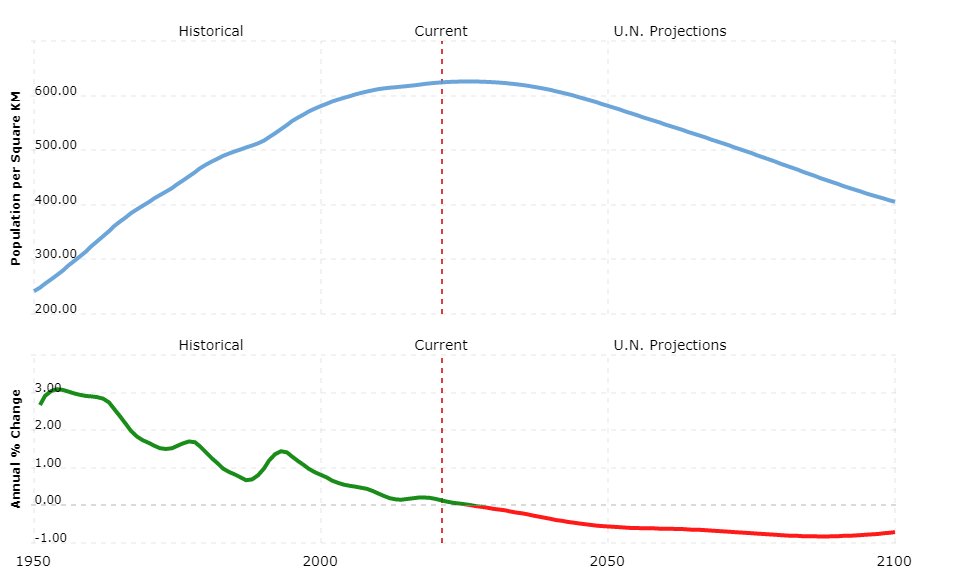 Legislative power lies with the National Assembly with a maximum of 70 deputies. 62 of them are directly elected by the people for a term of five years, eight seats are reserved for representatives of minorities.

The legal system is based on the French, but some regulations of the British common law have also been adopted.

The economy of the island state of Mauritius has developed positively since independence in 1968. Measured by per capita income, Mauritius is one of the wealthiest countries in Africa.

Agriculture only contributes around 3% of gross domestic product (GDP) and employs around 8% of the workforce. Nevertheless, the agricultural sector is quite significant, since sugar cane generates 15% of export earnings. Over half of the agricultural land is used for sugar cane cultivation; tea and tobacco are also cultivated for export. Food for the population’s own needs must be imported.

The industry is developing positively due to good infrastructure and low wages. Numerous foreign companies (especially in the financial sector) have settled here – attracted by tax and customs advantages. There are companies in the fields of textile and leather processing, food and luxury food production and electrical engineering.

Tourism plays an important role for the economy of Mauritius, the target group are tourists of the high income category. Approx. 15% of the workforce is employed in the tourism industry. The government plans to further expand tourism, including on the islands of Rodrigues and Agalega.

The road network on Maruitius is well developed and covers a total of around 2,000 kilometers. Port Louis is a major trading port. There is an international airport in the southeast of Mauritius near the city of Mah¨¦bourg.

The currency is the Mauritian rupee.