The Republic of Mali (officially: R¨¦publique du Mali) is located in West Africa and is one of the Sahel countries on the southern edge of the Sahara. With an area of ​​around 1,240,000 km², the country is more than twice the size of France. Mali borders Algeria to the north, Niger to the east, Burkina Faso and Ivory Coast (Côte d’Ivoire) to the south, Guinea, Senegal and Mauritania to the west. Due to its large north-south extension (approx. 1,700 km), the country shares in the three large landscapes of Sahara, Sahel and Sudan.

Two thirds of the country’s area is occupied by deserts or semi-deserts.

The desert-like northern part of Mali is on average at an altitude of 250 to 300 m above sea level and is largely flat. In the east, the Adrar des Iforas mountains rise to a height of around 890 m. In the south, Niger, coming from Guinea, flows through the country in a wide arc. Niger flows north of the capital Bamako through a broad plain with many small lakes, which the river regularly floods. This so-called Niger Inland Delta, through which countless small side arms of the river run, extends to the city of Timbuktu (Tombouctou), where the river continues to flow to the east before turning south towards Niger at Bouram.

In the south-west of Mali, the Bambouk plateaus and the Mandingu mountains lie at an altitude of up to 300 m. Bafing, Bakoy and Baloul¨¦ flow through this table landscape. In the southeast of the country is the Minabergland, the plateau of Bandiagara and the mountainous region of Hombori, where the highest point in Mali is (Hombori, 1 155 m).

Due to the large north-south extension of Mali, the country is divided into three climate zones. In the northern part (Sahara) there is a desert climate with extremely high day temperatures (up to 60 °C) and very low night temperatures (approx. 4 °C). The mean values ​​for January are 25 °C and for July 35 °C.

The central part of the country is part of the Sahel region, which stretches from 300 to 500 km in width from Africa to the Red Sea (north of Ethiopia). The Sahel forms the transition between the great Sahara desert in the north and the tropical regions of Africa further south. Typical temperatures in January are around 20 to 25 °C, in July 30 to 35 °C. The average annual rainfall is 200 to 250 mm, eight to ten months are rainless.

The southern part of Mali has a Sudanese climate: The temperatures in January are between 25 and 30 °C in the south-east and 20 to 25 °C in the south-western part. At the southern border, the average rainfall is around 1,400 mm, in the north of this climate zone at just under 130 mm.

The vegetation in Mali corresponds to the climate zones: in the north of the country there is full desert, in the south there is semi-desert with dry savannah, here are shrubs and isolated trees (acacias, baobab trees). South of the Niger arch is the zone of the thorn bush savannah with dry grasses, succulents and thorny shrubs. Most of the south of Mali is characterized by high grass or wet savannah (in the far south) with gallery forests.

A diverse wildlife lives in the savannas and sparse forests of Mali, including antelopes, gazelles, buffaloes, elephants, giraffes, various types of monkeys, leopards, lions and hyenas. Crocodiles and hippos can be found in the water courses. The endangered animal species include the African wild dog, red-fronted gazelle and African manatee.

Mali is home to around 12.28 million people from a wide range of ethnic groups. The largest population group are the Bambara with around 32%, other peoples include the Fulani (13.9%), Senufo (12%), Suninke (8.8%), Tuareg (1.7%), Fulbe, Malinke and Songhai. About 90% of the population lives in the south of the country, especially the Tuareg and Fulbe as (semi) nomads in the north. The largest city in Mali is the capital Bamako with approximately 1.3 million residents in the metropolitan area, the next largest cities are Sikasso with around 131,000 and S¨¦gou with around 100,000 residents.

French is the official language in Mali, which is the mother tongue for about a tenth of the population. Bambara is very important as a language, Songhai-Jerma, Ful, Manding, Arabic and other languages ​​are also spoken. Around 80% of the population are Muslims, around 18% followers of natural religions. The Christians are a small minority.

According to COUNTRYAAH, Mali is one of the poorest countries in Africa. Medical care for the population is very patchy, life expectancy is only 48 years, and eleven out of 100 children die in infancy. However, since the birth rate is at least six children per woman, the population grows by an average 2.75%. Almost half of Mali’s residents are under the age of 15. The social and educational system is also inadequate: although there is compulsory schooling for 6 to 15-year-old children, literacy is only 46.5%. 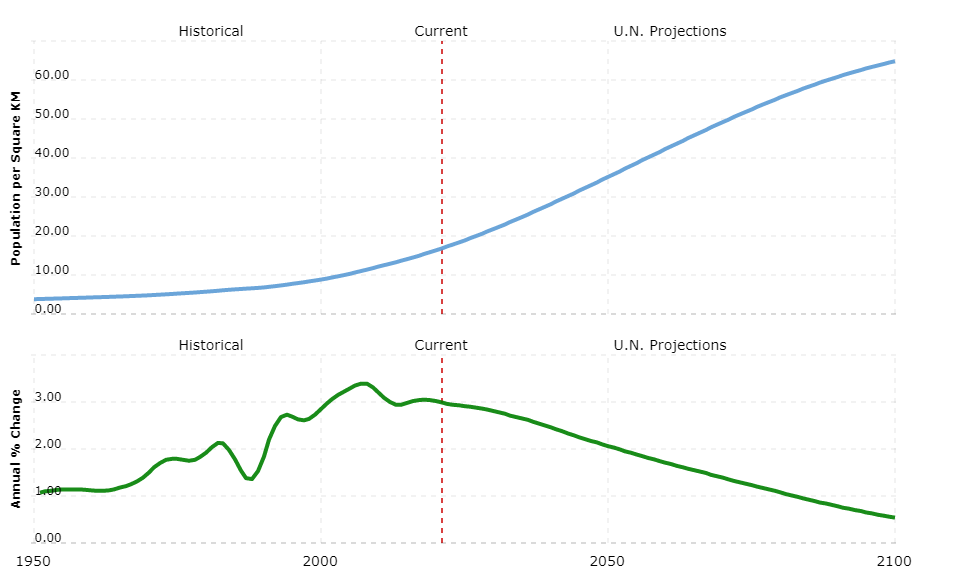 According to the 1992 constitution, Mali is a presidential republic based on the French model. The head of state is the President (Ibrahim Boubacar Keïta since September 2013), who is directly elected for five years. The government is run by the Prime Minister (Moussa Mara since April 2014), who is appointed by the President and who himself convenes his cabinet. The legislature lies with the parliament, which consists of one chamber: the National Assembly (Assembl¨¦e Nationale) with 160 seats. The deputies are elected for five years, 13 seats are reserved for foreign painters.

The country is divided into eight regions and the capital district. The case law is based on French and Islamic law (Sharia) as well as on tribal jurisdiction.

Mali is one of the poorest countries in the world; over half of the population lives below the poverty line.

The most important branch of industry is agriculture, which is only possible in the southern part of the country and mainly serves to cover the own needs of the population. Almost half of the population working in the agricultural sector generates around 37% of GDP. Cotton, millet, corn, manioc, sugar cane and peanuts are grown (cotton also for export). Especially in the north of the country, the Tuareg and Fulbe breed cattle, which is, however, repeatedly threatened by persistent droughts. The inland delta of the Niger is the focal point for fishing, which contributes an important part to the nutrition of the population. Dried and smoked fish is also exported.

The industry is poorly developed, with a focus on food processing, consumer goods production, the construction industry and mining. Mineral resources include ores, phosphate, gold, diamonds, uranium, tin and copper, especially gold and diamonds are mined. The majority of economic output is generated in the service sector (approx. 40%).

Around 4,500 km of the total of around 18,500 km of roads are paved, and almost 600 km are available on rails. The most important inland port is Koulikoro on Niger, an international airport is located in the capital Bamako.