The mining sector has grown in importance over the past two decades. Gold mining in particular has been booming since the 1990’s. Large gold deposits were developed in the south and south-west of Mali, with foreign investors (especially from the Republic of South Africa) playing a key role. According to critics, foreign mining companies derive a disproportionate benefit from Malian gold mining, and there is increasing discussion about alternatives with regard to the distribution of the generated revenues. In August 2018, the government granted the mining company Randgold a high four-year tax break for the expansion of one of the largest gold mines in the country.

In 2011 Mali became a member of the international raw material transparency initiative EITI. Civil society associations have announced that they will be closely monitoring the initiative. The Nigerien government meanwhile decided to withdraw from the EITI in 2016 because the country’s membership had been suspended due to non-compliance with the EITI guidelines.

Phosphate is mined north of Gao for the domestic market. In 2005, oil deposits were discovered in northern Mali and great hopes are pinned to the development of these. There are also plans to develop bauxite deposits, uranium deposits, lithium deposits and natural gas deposits, to increase iron ore production, to expand phosphate production and to mine manganese ore. The development of the listed raw material deposits would certainly increase the economic importance of mining significantly. The government intends to change the Mining Act by amending to increase the state’s share in mining projects and to require companies to invest in infrastructure and social development. Against this background, the negotiations for a new uranium mining contract between the Nigerien government and the French AREVA energy group were followed with great interest.

The industrial sector has so far only been of peripheral importance and is dominated by small and medium-sized companies. Of the approx. 30,000 jobs in the industrial sector, approx. 75% are in the Bamako agglomeration. The Sikasso metropolitan area has developed into the second most important industrial location. The most important branches of industry are the food industry and cotton ginning, as well as two textile factories. In 2007, the country’s first fertilizer factory was opened near Bamakos. Since then, the supply of artificial fertilizers to the Malian agricultural sector has improved significantly. In addition, part of the production is exported to neighboring countries.

One of the currently largest industrial projects includes the construction of a large sugar factory and the creation of around 14,000 hectares of irrigated sugar cane cultivation area in the area of the Office du Niger. In recent years, however, the project has met with protests from the local population, who resisted the feared loss of arable land. In the same area, a large company from Libya has already made very extensive investments in irrigated agriculture, which, like major projects by Malian investors, are the subject of controversial discussion. In addition, another sugar factory was built in 2012 with Chinese support opened, so that in just a few years Mali could go from being a sugar importer to a regionally important exporter of sugar. 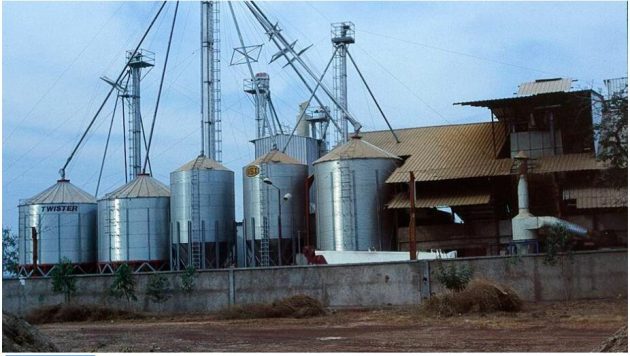 Another important industrial project involved the construction of a cement factory in western Mali. The factory, operated by an Indian company, covers part of the rapidly growing domestic demand for cement. However, the implementation of the project was delayed by attempts by a large French cement manufacturer to sabotage the Indian company’s investment project. Another cement factory operated by a Moroccan company was opened in 2016 near Kati (Bamako area). In October 2019, Mali’s third cement factory started production in the same area, owned by a French cement company. Another cement factory is planned in the Kayes region.

According to itypetravel, Mali is a country located in Western Africa. An Indian company opened the country’s first tractor assembly plant in 2009. In 2013, not far from Bamako, the country’s first structural steelworks was inaugurated, which was built with significant support from an Indian company. The same company has been operating Mali’s first iron ore mine in southern Mali since 2011.

In 2013 the first vehicle assembly plant in Mali was inaugurated not far from Bamako. The Malian-South Korean joint venture produces cars, trucks and buses. In 2015, the country’s first electrical cable factory started operations in the Bamako area, some of whose products are to be exported to neighboring countries. In 2016 a modern refrigerated slaughterhouse was opened in Kayes, which exports a large part of its production to Senegal. In 2016, a Chinese company announced the establishment of two cotton mills and three cotton ginning factories. In 2018, a pharmaceutical factory built with Chinese support took place near Bamako production. In 2019 a packaging material factory was opened in the Bamako area.

The high expectations (creation of up to 20,000 jobs) in relation to a new industrial zone on the outskirts of Bamako created by the AZI industrial development agency have not yet been met by a long way. The same applies to the construction of further industrial zones supported by AZI in the regional capitals Ségou, Kayes, Sikasso, Mopti and Koulikoro as well as in Koutiala, Fana, Bougouni, Kati, Ouélessébougo and Sanankoroba.