Until the beginning of 2012, Mali could be viewed as a state in which the state organs largely upheld human rights.

As a result of the occupation of large parts of the country by Islamist rebels and the temporary escalation of the conflict in North Mali since the beginning of 2013, the human rights situation has deteriorated fundamentally. In the areas they controlled, the rebels committed the most serious human rights violations, including stoning and amputation of limbs, the perpetrators relying on Sharia law. As a result of these facts, the International Criminal Court began investigations into possible war crimes in 2013. The serious war crimes committed by rebels in Aguelhok are also under investigation.

The rebels refused to practice their religion freely because of the open hostility of the Christian minority.

A report by the International Association for Human Rights published in 2017 accuses members of the armed forces of having committed serious human rights violations, particularly in central Mali, in the course of the recent conflicts, particularly against Fulbe. Previously, other human rights groups had repeatedly reported serious human rights violations by members of the security forces. In June 2018, the Ministry of Defense acknowledged the involvement of soldiers in a Fulbe massacre in the Mopti region. The US then demanded a serious investigation into the massacre and the crimes committed by the soldiers involved.

According to a MINUSMA report published in June 2020, military personnel carried out over 100 extrajudicial executions between January and March 2020. In many cases, the acts followed attacks by extremist groups.

Death sentences are still being passed by the courts. As a rule, however, the judgments are not carried out. The vote on a bill to abolish the death penalty was postponed several times by Parliament. However, there are also influential proponents of the death penalty.

According to localtimezone, Mali is a country located in Western Africa. Mali was the first African state to ratify the Maputo Additional Protocol to the African Charter of Human Rights, which has been in force since 2005. With the ratification, the member countries of the African Union commit themselves to full equality for women and to the fight against traditional practices that are harmful to health, such as female genital mutilation. The problem of the practice of genital mutilation, which affects many Malians, is dealt with within this country information portal under “Society”.

In 2000 the governments of Mali and the Ivory Coast signed an agreement to combat cross-border child trafficking. The child trafficking had increased significantly since the mid-nineties in particular because of the widespread poverty in rural areas, where minors from Mali by traffickers were deported to forced labor on plantations and as a maid. In recent years there has been an increasing number of cases in which Koran students were exploited as beggars.

The fight against corruption is an important domestic political issue. In the face of ever new allegations and the uncovering of corruption cases by the media, the government set up an anti-corruption commission, which publishes an annual report in which sometimes serious cases of mismanagement and embezzlement in government institutions and state-owned companies are documented. In addition, in 2017 a central office to combat illegal enrichment (OCLEI, Office central de Lutte contre l’enrichissement illicite) started its work. The arrest of some former or at the time of their arrest still acting directors of state and parastatal companies showed that the government was making serious efforts to limit the damage, also in the face of increasing criticism from major donors. However, it must be emphasized that corruption is still widespread on many levels and in many forms and continues to be seen as a serious obstacle to development.

In its analysis of the economic climate in Mali, Germany Trade and Invest assessed the previous anti-corruption practice as critical, since the uncovered grievances due to the weakness of the judiciary in many cases do not result in serious criminal consequences.

In 2004 the government set up a verificateur général, who is supposed to have access to all files as an independent control body against the illegal use of state funds. In his 2006 annual report, he put the total amount of funds withdrawn from the state through illegal practices and mismanagement between 2002 and 2006 at FCFA 103 billion. For the period from 2006 to 2010, he estimated the total damage to be 360 billion FCFA. The new Vérificateur général, Amadou Ousmane Touré, appointed in 2011, put the total damage for 2012 at 50 billion FCFA, this estimate was based on the study of only 2% of all government agencies and companies. For 2013 and 2014, the total amount of funds lost by the state through illegal practices and mismanagement was estimated at 153 billion FCFA.

In 2009, some of his employees accused the then Verificateur général of serious errors, which led to his brief arrest. Some donor countries and parts of Malian civil society are closely following the conclusions the Malian government draws from the reports of the Vérificateur général.

In 2014 it became public that the government might be planning to abolish the post des Vérificateur général.

In 2008 the then Minister of Energy and Mining, who was suspected of corruption, resigned. As a result of an embezzlement scandal, the then Minister of Health resigned in 2010. In the army too, favoritism and embezzlement are widespread and can, to a certain extent, be considered the causes of the military coup in 2012 and the weakness of the army.

According to the corruption perception index published by Transparency International, Mali ranked 130th out of 180 countries assessed in 2019 (2012: 105th out of 177 countries), which corresponded to a further deterioration in Mali’s classification compared to previous years. 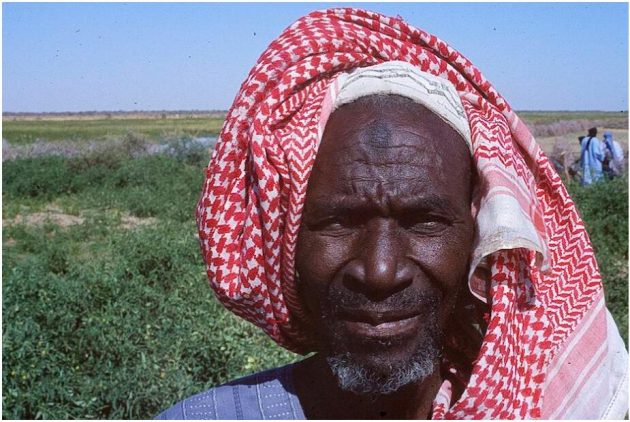