Significant historical epochs up to independence

Mali has a long and eventful history. The Republic of Mali gave itself its name in memory of the West African empire of Mali under the Keita dynasty (heyday: 12th-14th centuries), which was founded by the Malinké and is regarded as the most important early medieval empire in West Africa. The second important medieval empire was the Songhay Empire, which was founded at the end of the 14th century and, like the Mali Empire, encompassed large parts of West Africa. Under the most famous Songhay ruler, Mohammed Askia, there was an increasing adaptation of Arab-Islamic ways of life and Timbuktu in particular experienced a phase of cultural heyday. 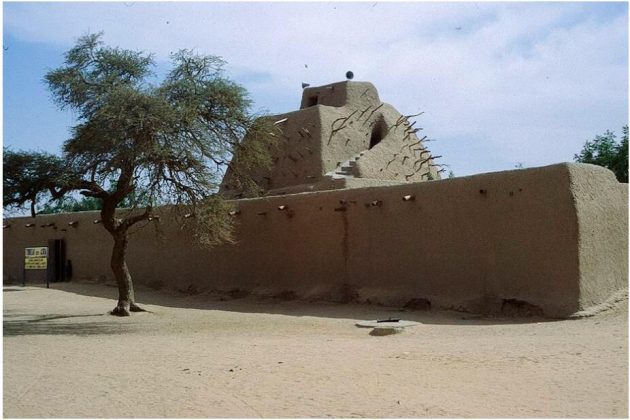 According to historyaah, Mali is a country located in Western Africa. At the end of the 16th century, Moroccan troops invaded West Africa and defeated the army of the Songhay Empire. As a result, the Bambara broke away from the supremacy of the Songhay in the 17th century and built a number of ruling centers along the Niger around Ségou. Quarreling among themselves, the Bambara were unable to defend themselves against the warriors of the Toucouleur people who invaded Guinea and who took power in almost all of today’s Mali territory by the end of the 19th century.

For a long time, there was very little knowledge of sub-Saharan Africa in Europe, and Timbuktu in particular was considered a fabled city. It was not until 1828 that the French René Caillé entered it as the second European after Gordon Laing.

The area of today’s Republic of Mali was conquered by the French colonial army at the end of the 19th century. The armed resistance against the invaders continued until the turn of the century, but then collapsed. In 1892 the French colony of Soudan was founded. In 1904 the railway line from Dakar towards Mali reached the Niger at Bamako, which then became the capital of the colony in 1908. In 1920, the French colonial power subdivided its West African territories into eight sub-colonies, with the territory of today’s Republic of Mali corresponding to what was then French Sudan.

As a result of the forced integration into the French colonial system, the colony was degraded to a supplier of raw materials (cotton, peanuts) and a market for finished products. In addition, workers and soldiers were forcefully recruited for the colonial army on a large scale. 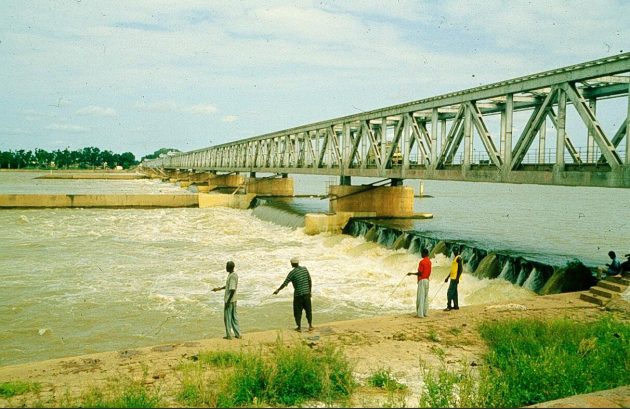 During the construction of the Markala Dam

After the Second World War, the growing political awareness in the French colonial areas of West Africa led to the founding of the national movement Rassemblement Démocratique Africain (RDA) in 1946. One of the leaders of the RDA was the future first President of the Republic of Mali, Modibo Keita. In 1958, France converted French Sudan into the semi-autonomous République Soudanaise. In 1959, Senegal and the République Soudanaise formed the Mali Confederation, which, however, was short-lived as it broke up in August 1960. On September 22, 1960, Modibo Keita proclaimed the independent Republic of Mali. Since then, September 22nd has been Malian national holiday.

Under the first head of state and government, Modibo Keita, the Malian government pursued a non-aligned and socialist-oriented policy, with the ruling one-party system maintaining good relations with both the Soviet Union and the People’s Republic of China. In 1961, Modibo Keita pushed through the closure of the French military bases in Mali. From 1962 to 1964 the army put down an armed uprising by Tuareg groups in northern Mali. Its bloody suppression laid the foundation for further Tuareg rebellions from the nineties (see under “Conflict Zone Northern Mali”). After a series of socially and domestically controversial reforms, Modibo Keita was overthrown by the military in 1968 and the country was overthrown by one for 23 yearsMilitary dictatorship ruled by Moussa Traoré. The circumstances of Modibo Keita’s assassination in 1977 still raise questions today.

In March 1991, after bloody riots that claimed numerous victims, especially in Bamako, the dictator Traoré and the Unity Party ruling the country were overthrown by a group of soldiers led by Lieutenant Colonel Amadou Toumani Touré. After his arrest, Moussa Traoré was sentenced to death in 1999, but the death sentence was commuted to life imprisonment a few months later. After his pardon in 2002, Moussa Traoré was released from prison and lived in Bamako until his death in September 2020. His participation in the inauguration of the president elected in 2013 caused a stir and criticismIbrahim Boubacar Keita.

The National Defense Council, headed by Amadou Toumani Touré (popular abbreviation: ATT), emphasized from the outset its readiness to facilitate a transition to a civilian government as quickly as possible. In early 1991 a transitional government was formed. In the summer of 1991 a national conference was held in Bamako, attended by 1,500 delegates from various social and political backgrounds. Among other things, the delegates worked out a new constitution and an electoral law, which formed the basis for the Malian multi-party system. At the beginning of 1992 the first free parliamentary elections were held (since then one speaks in Mali of the Third Republic), from which the ADEMA partyemerged as the clear winner. In the presidential election, also held at the beginning of 1992, the ADEMA candidate, Alpha Oumar Konaré, was elected the first democratically elected President of Mali, who was confirmed in office in the second presidential election in 1997. 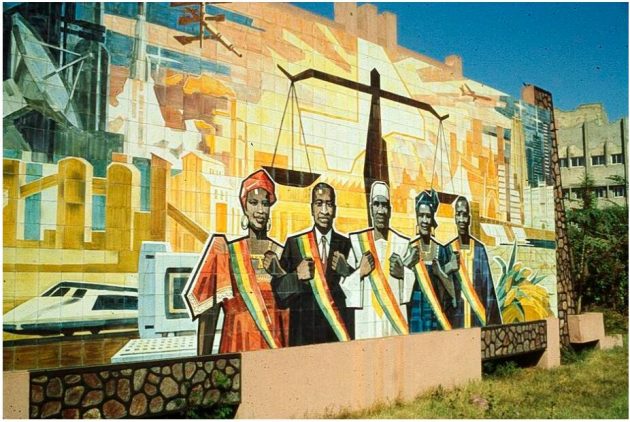 In front of the parliament in Bamako Mali

While it emerged as by far the strongest party in the parliamentary elections in 1997, ADEMA suffered heavy losses in the following parliamentary election in 2002, including internal party disputes (splitting off an ADEMA wing and founding the RPM party) and allegations of abuse of power and the mismanagement were declared. In May 2002, the non-party Amadou Toumani Touré won the presidential election with 64% of the vote and replaced Alpha Oumar Konaré, who, due to the constitution, could not run as a presidential candidate for the third time.