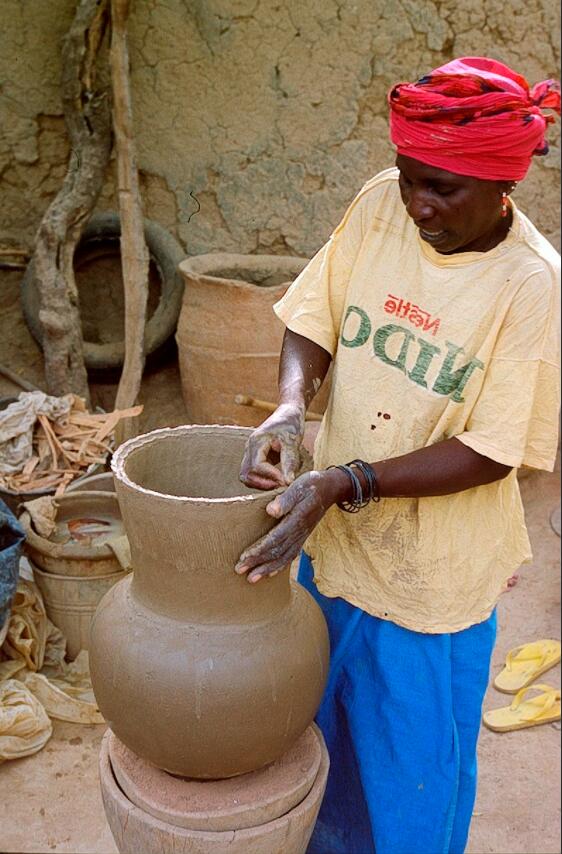 In terms of cultural diversity, the multi-ethnic country of Mali is one of the most interesting countries in sub-Saharan Africa. There is a rich mosaic of traditions and cultural expressions in the country.

In Malian society, respect for hierarchies as well as consensus and social cohesion is very important, be it in the extended family or in the village. Criticism and disagreements are seldom expressed openly, at least in traditional milieus, although there are certain communication and conflict resolution mechanisms, as it were, as valves for reducing tension. In this context, the griots play a role, for example mediating in family disputes. First and foremost, the griots act as custodians of oral knowledge, for example the history of certain families, as well as the musical heritage (to the griot music of the Fulbe: oneworld). They sing ballads, make music and tell stories, whereby as social outsiders they can also express criticism and ridicule. The presence of a griot is required and desired in many ceremonies and celebrations. Many of Mali’s most famous musicians, such as Cheick Hamala Diabaté, Djelimady Tounkara and Babani Koné, come from griot families. Changes in the griot culture and the position of the griots in today’s Mali society were examined by a research project at the Free University of Berlin.

According to travelationary, Mali is a country located in Western Africa. Many Malians attribute the inner-social and inter-ethnic harmony to the existence of so-called joke relationships (also called cousinage), which allow strangers to be “pissed off” and thus to deal with conflicts at an early stage. In addition, joke relationships help to create and maintain alliances between ethnic groups, for example between Dogon and Bozo, or between family clans, for example between Keita and Coulibaly. As traditional conflict avoidance and regulation mechanisms, the joke relationships, which are still actively and happily cultivated by many Malians to this day, make an essential contribution to the peaceful coexistence of very different individuals and groups.

In the architecture of the Sudan style, which is widespread in Mali, numerous North African influences can be found, which can be traced back to the close historical ties between North Africa and the Sahel-Sudan region. One of the most impressive cities in West Africa is the millennial city of Djenné, one of the centers of traditional Sudanese adobe architecture. The old town of Djenné with its impressive Great Mosque was declared a World Heritage Site by UNESCO in July 2016. A few kilometers from Djenné is the culturally and historically significant archaeological site of Djenné Djéno. Village mosquesshape the face of many villages and are an expression of a deep religiousness as well as the Sudanese clay architecture. Between 2004 and 2006, one of the country’s most important mosques in Mopti was extensively restored. 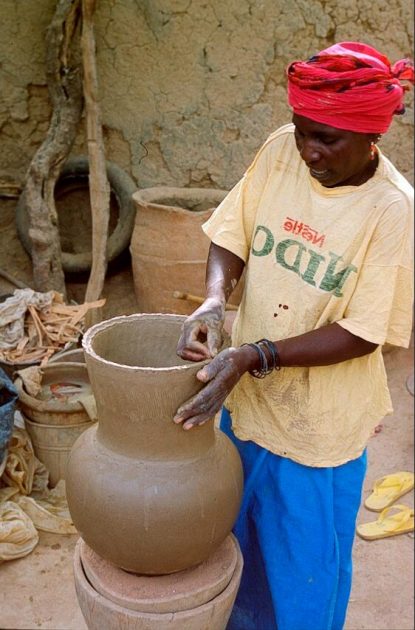 The craft is widespread in Mali. Tools, equipment and goods of daily life (e.g. pottery) as well as a variety of handicraft products, such as marionettes used in traditional puppet theater and the dyed Bogolan fabrics, which are famous beyond national borders, are manufactured, which form the basis for innovative textile handicrafts form.

The trade in stolen art objects poses a significant threat to the country’s art-historical heritage.

Numerous artists, such as the singer Salif Keita, take a stand on social issues. Salif Keita stands up against the discrimination against albinos, which can also be found in Mali. In 2009 he received the Festival Prize of the Würzburg Africa Festival for his commitment.

The music festival in Essakane in northern Mali gained international attention. However, the festival known as Festival au Désert has been held in Timbuktu since 2010 for security reasons. Due to the temporary occupation of the city by Islamist rebels, the festival was moved to Burkina Faso in 2013. In 2014 it took place again in exile, namely in Berlin, and from 2015 again in different places in Mali.

Personal impressions from a trip to the music festival in Essakane can be found in the travel diary of the musician Hubert von Goisern. A visit to the annual Niger Festival in Ségou is also highly recommended.

In Djenné, the Djennery Festival is organized on the occasion of the annual plastering of the outer walls of the Great Mosque.

The annual Fulbe festival on the occasion of the Niger crossing of cattle herds in Diafarabé (Mopti region) is also well worth seeing.

Internationally known Malian filmmakers are Souleymane Cissé, Assane Kouyaté and Cheick Oumar Sissoko. Background information on the film Kabala by director Assane Kouyaté can be found on the Africa Alive website. The anti- globalization film Bamako by the Mauritanian filmmaker Abderrahmane Sissoko received a lot of attention. The play “Pourquoi partir?” And the film Mirages deal with the problem of emigration. In the film Mali-Blues, artists take a stand against Islamist terror, oppression and corruption.

The photographer Malick Sidibé was one of the most important photographers in sub-Saharan Africa. He was the first citizen of Africa to receive a Golden Lion at the 2007 Venice Biennale. The award was given to him for his life’s work. A selection of his photographs can be found on the Afronova website, for example.

Amadou Hampaté Bâ is considered the most famous Malian writer.

Current information on the cultural offerings in Bamako can be found on the website of the French Cultural Center, for example.