Since 1991, the number of social associations, interest groups and grassroots groups in Mali has increased significantly. As early as 2004, 2058 non-governmental organizations (NGOs) were officially registered in Mali, 251 of them foreign NGOs. At national and regional level there are NGO umbrella organizations such as the CCA-ONG, SECO-ONG and CAFO, which in turn are members of the national umbrella organization FECONG. The organizations listed are increasingly being taken seriously as representatives of the NGO and are being consulted by the government on key issues.

According to globalsciencellc, Mali is a country located in Western Africa. The NGOs, which, in contrast to numerous other countries, are largely able to work freely in Mali, make a widely recognized, significant contribution to the country’s economic and social development, with some NGOs receiving considerable financial support from the World Bank.

However, there is increasing criticism of the NGOs, for example the often unsatisfactory management of many NGOs or the disproportionately high expenditure on wages and equipment.

Especially since the fall of the Traoré dictatorship, there has been a lot of discussion in parts of the population about the development of civil society. Despite the existence of thousands of NGOs, according to VENRO, in Mali, as in numerous other African countries, one cannot (yet) speak of a well-developed civil society. Some observers also doubt whether the representatives of Malian civil society can ensure broad representation of the population, for example when it comes to ensuring that the interests of broad sections of the population are taken into account when drawing up new development policy programs. In particular, there is the question of sufficient representation of the large majority of the population with a very poor education. The country’s small, educated elite dominates both the government and the NGO scene. Most NGO employees are seen by the population primarily as intermediaries for external support (especially through financially strong foreign NGOs). On the other hand, in many NGOs, the employees and those responsible see themselves primarily as implementers of externally financed development activities, and not primarily as active and critical-constructive co-shapers of social discussion and decision-making processes.

In Bamako, a counter-summit took place parallel to the G8 summit in Davos in 2009. Among the thousands of West African participants in the 2011 World Social Forum, which was critical of globalization and which took place in Dakar (Senegal) in 2011, there was also the Bamako-Dakar caravan of the afrique-europe-interact network. The protest march had moved from Bamako to Dakar with the participation of hundreds of Malian citizens deported from France.

The annual Bamako Forum sees itself as a discussion forum that is critical of the prevailing development model. The former Malian minister for culture and tourism Aminata Traoré is known as one of the most prominent globalization critics in Africa.

Civil society groups are increasingly campaigning against the forced return of Malian migrants by authorities in European countries. In addition, parts of civil society are critical of the activities of large foreign investors, for example in the agricultural sector. 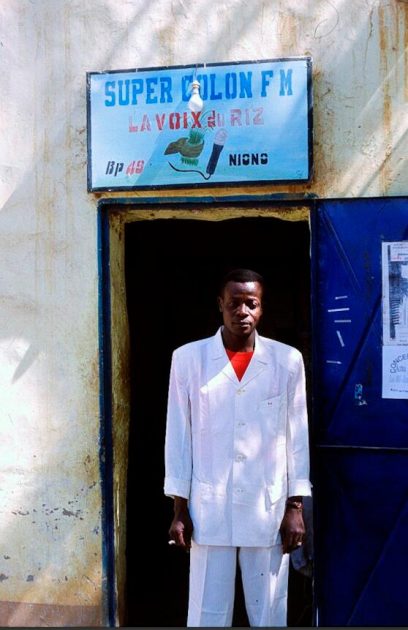 A diverse media landscape has developed in Mali since 1991.

A significant number of daily newspapers are available in Bamako in particular. There are a large number of free radio stations across the country. They are of considerable importance for conveying information and raising awareness of the largely illiterate population and report critically on grievances.

In the years before the military coup in 2012, there were occasional reprisals against members of the press and free radio stations. In 2005, for example, an employee of a radio station in Bamako, who had reported critical abuse of power, was kidnapped by unknown perpetrators and brutally mistreated. There was also the temporary closure of a free radio station by the administration, which had reported embezzlement and the murder of a local politician. The 2007 conviction of five journalists for allegedly insulting the President attracted a great deal of attention. Even after their release, the defendants were subjected to what they believed to be harassing behavior by the police.

In terms of press freedom, Mali was ranked 108th out of 180 countries rated by Reporters Without Borders in 2020. In the 2011 press freedom ranking, the country still had one of the best placements among the states of sub-Saharan Africa (25th place out of 179 states). This very significant deterioration in Mali’s classification is a direct consequence of the severe domestic political crisis that has arisen.

Since the military coup in 2012, the working conditions of journalists and radio employees have deteriorated considerably. There have been reports of brutal attacks on journalists that have remained largely unsolved. The most recent armed conflicts in northern Mali and the temporary occupation of large parts of the country by rebels also led to very considerable restrictions and risks for the free work of media representatives. Their working conditions have also been made more difficult by the state of emergency that has been imposed several times for longer periods since 2013.

The temporary arrest of the director of a daily newspaper by the State Security Service received international attention in 2013. The arrested man had previously reported complaints from soldiers deployed in northern Mali. The arrest, which was not commented on by either the interim president or the prime minister, led to protests and a multi-day strike by newspaper and radio workers, which was largely followed.

A preliminary high in terms of attacks on journalists was recorded in February 2018. Three employees of a news portal were interrogated by the judiciary and arrested after they had been abducted from their office by strangers.