In May 2015, the CMA in Algiers gave its preliminary approval to the peace agreement. She initialed the agreement, but refused to sign it and asked for renegotiations. As a result, further talks took place in Algiers. The future balance of power in Ménaka played an important role here. Only after GATIA had withdrawn from Ménaka did the CMA sign the peace agreement in Bamako in June 2015. Even after the agreement was signed, there were attacks, skirmishes and protests in various parts of the country, including southern and central Mali. It remains unclear how a lasting peace can be achievedwithout negotiations with Ansar Dine, which was not admitted to the peace negotiations in Algiers, and the Front de libération du Macina (FLM) founded in early 2015. In addition, the different population groups have high expectations of a national reconciliation process. Another problem is the lack of trust that parts of the population living in the conflict zones have in the army.

At the end of 2015, warring Tuareg militias signed a series of agreements in Anéfis, northern Mali, according to which they intend to resolve future conflicts peacefully and in accordance with traditional conflict resolution procedures. Since mid-2016, however, the continuing tensions between the CMA and GATIA have escalated again. Both sides repeatedly fought heavy fighting in the Kidal region. In July 2017, the CMA took Ménaka. In August 2017, the two conflicting parties concluded a ceasefire for the Kidal region. The French troops in northern Mali, on the other hand, kept their distanceto the CMA, which is dominated by the MNLA. The position of the latter was further weakened by the establishment of the MSA by former MNLA cadres in autumn 2016. In December 2018, the UN imposed sanctions on three high-ranking representatives of militias (including the GATIA) who are accused of blocking the implementation of the 2015 peace agreement.

From 2016 it became clear that the armed conflicts increasingly reached central Mali. According to iamhigher, Mali is a country located in Western Africa. In mid-2016, the founding of another Fulani militia (Alliance nationale pour la sauvegarde de l’identité peul et la restauration de la justice) was reported from the Macina region in central Mali. Shortly before, the head of MINUSMA had warned of an increasing risk of conflict in the Mopti region. From the beginning of 2017, the security situation in the center of the Ségou region came to a head. Serious clashes broke out in the area around Ké Macinabetween members of the Bambara and the Fulbe, who killed at least 20 people and caused around 10,000 people to flee. From mid-2017, the situation in the southeast of the Mopti region also deteriorated again. In response to the murder of a Dogon, Dogon extremists carried out a massacre in two Fulbe villages that killed 31 people. In June 2018, Dogon extremists carried out a Fulbe massacre near Djenné, killing 32 civilians. In the same month, 25 Fulbe fell victim to another massacre in the Mopti region, in which soldiers were involved. Dogon extremists carried out further massacres of the Fulbe from November 2018 to early January 2019. In December 2018, the UN published a report, after that in 2018 aloneOver 500 civilians fell victim to the conflict between the Fulani and Dogon militias. In response to the worsening security situation in central Mali, the government decided in the same month to deploy additional troops and to expand the disarmament program for former rebels that had started in northern Mali in central Mali. In the two most serious massacres to date in March and June 2019, a total of over 200 Fulbe and Dogon died. After another massacre in June 2019, the government announced that it would send another 3,600 soldiers to the Mopti region. Nevertheless, it also happened in the period that followedcontinues to regularly lead to serious acts of violence in the Mopti region. After a serious attack by Islamist rebels near Diabaly in June 2020, they intensified their attacks in the Cercle Niono in the Ségou region in the months that followed.

Since April 2018, Islamists have carried out several massacres of Tuareg in the Ménaka region. The acts of violence were interpreted as retaliation for the fact that the GATIA and the MSA had achieved considerable success in the fight against Islamists since February 2018. Here they cooperated with French troops. In November 2018, French and Malian units succeeded in destroying a base of the Islamist Ansar Eddine du Macina in the border area with Mauritania and, according to their own statements, killing the Islamist leader Amadou Kouffa. The news of his death later turned out to be incorrect. On the other hand, it was true that French troops would attack AQMI leader Abdelmalek Droukdal in northern Mali in June 2020 have killed.

In February 2020, then President Keita announced for the first time that a dialogue would be opened with the Islamist leaders Iyad Ag Ghali and Amadou Kouffa. He was extensively encouraged to do this by leading Islamic clergy such as Imam Mahmud Dicko.

After a phase with relatively little violence, there has been a renewed escalation of the security situation in parts of central and northern Mali since October 2019. Islamists killed more than 90 soldiers in attacks on three well-secured army bases in the Mopti and Ménaka regions in October and November 2019. The attack on the base in Indelimane is one of the worst losses for the army since the beginning of the current conflict. According to observers, the army has become increasingly on the defensive despite massive support from foreign troops and advisers. After another loss-making attack by Islamists, it vacatedopened three strategically important bases along the Nigerien border in the regions of Gao and Ménaka in November 2019. In the same month of 2019, two French army helicopters collided during a combat mission in the Liptako area, killing 13 French soldiers. 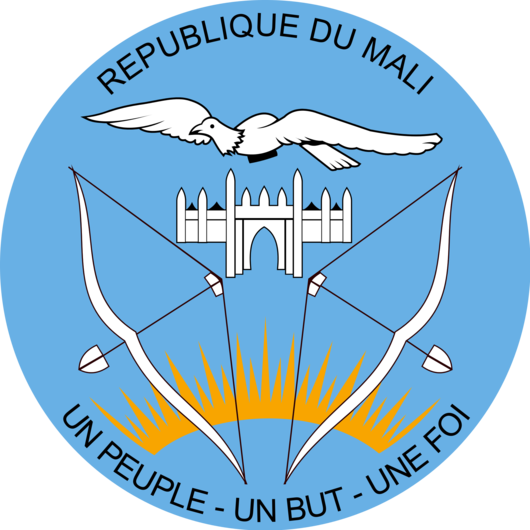