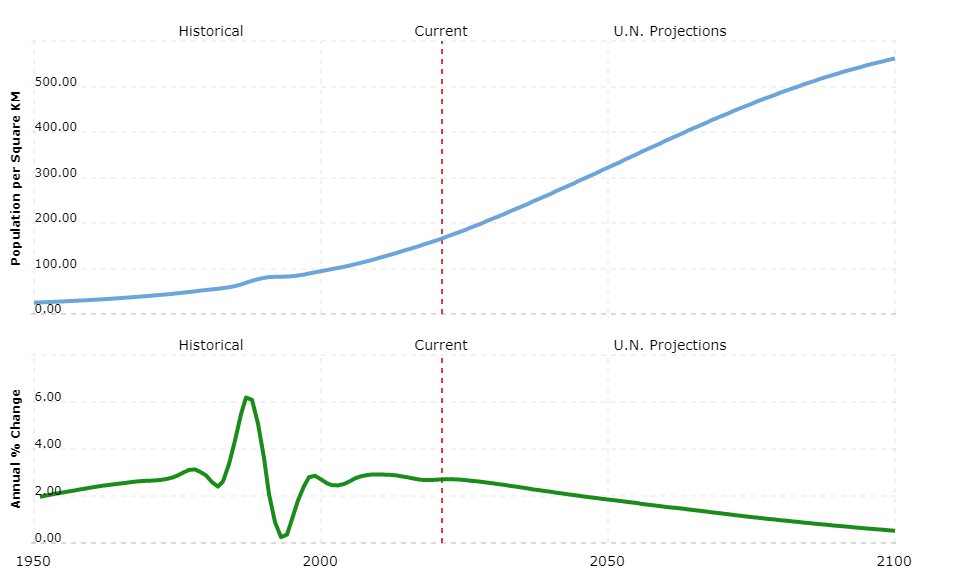 The Republic of Malawi is a landlocked country in Southeast Africa. With a size of 118,480 km² (a quarter of which is water), the national area corresponds to about a third of the area of ​​Germany. Malawi borders Tanzania in the north and northeast, Mozambique in the east, south and southwest and Zambia in the west. The north-south extension is 850 km with a maximum width of 160 km. Lake Malawi (also Njassa) takes up about a fifth of the country’s surface (Malawi approximately 24,000 km²) and forms the border with Tanzania in the north, and neighboring Mozambique also has a share in the lake in the east.

Malawi lies almost entirely in the Nyassa trench, which runs through the country from north to south and represents the southern part of the East African trench system. Lake Malawi is embedded in the ditch and is the third largest lake in Africa with a total area of Almost 30,000 km². The Shire River is the main drain in the south and flows into the Zambezi in Mozambique. To the west and east of the Njassa Trench are plateaus at an average height of 900 to 1,200 m, which are overlooked by individual mountain ranges. In the north the Nyika plateau reaches heights of up to approx. 2,600m, to the south of Lake Malawi lies the Shirehochland (up to 2,700m). The highest peak in the country (Sapitwa) is around 3,000 m south of Lake Chilwa in the Mulanje Mountains.

The capital, Lilongwe, is located in western Malawi at an altitude of 1,067 m.

The climate in Malawi is tropical and shows regional differences due to the north-south expansion and the different altitudes. In the north, the average rainfall is around 1500 mm annually, the rains extend over eight to nine months. In southern Malawi, the rainy season is shorter (five to six months) and the amount of precipitation is lower (1,000 mm). The temperatures vary only slightly throughout the year and depend on the altitude. In the highlands the average values ​​are between 18 and 22 °C, in the ditch area around 25 °C. The rainy months are at the same time the warmest, during which the humidity can reach up to 100% in the morning.

Much of Malawi’s vegetation consists of light dry forest. In the north, grassy savannahs with trees (eg candelabrum euphorbias, acacias) predominate, in the south monkey bread trees and Deleb palms grow. Conifers also grow in the highlands. There are only closed forest areas in inaccessible parts of the mountains.

Malawi is home to many African species, such as elephants, rhinos, giraffes, zebras, several monkeys and antelopes, and big cats such as cheetahs and leopards. A large part of the animal population, however, only occurs in specially created protected areas (in total around 11% of the country’s area is under nature protection). The largest reserves are Nyuka and Kasungu National Parks. Lake Malawi National Park at the southern end of Lake Malawi has been declared a World Heritage Site.

The largest population group are the Marawi (Chichewa and Nyaja) with 53% of the total population, followed by Lomwe (16%), Yao (13%), Ngoni (9%) and others (9%). The official language is English and the Bantu language Chichewa, other Bantu languages ​​are used.

Malawi is one of the poorest countries in the world in terms of per capita income of the population ($ 180). Social and health services are completely inadequate, especially in rural areas; An estimated 30 to 55% of the population are infected with the immunodeficiency disease AIDS, the child mortality rate is a high 10%. Nevertheless, the population grows by around 2% every year. The average life expectancy has dropped to 32.5 years, and almost half of the Malawians are younger than 15 years. 63% of Malawi’s population can read and write.

According to the 1995 constitution, Malawi is a presidential republic with a multi-party system. The head of state is the President (Peter Mutharika, since May 2014), who is elected by the people for a term of five years. The president is also head of the government cabinet and commander-in-chief of the armed forces.

The parliament consists of one chamber, the National Assembly with a total of 193 seats. The people are elected by the people for a term of five years.

Malawi is divided into three regions and 28 districts. The case law is based on British law and traditional tribal law.

Malawi is one of the poorest and most underdeveloped countries in the world and is highly dependent on foreign aid. Over half of the population lives below the poverty line.

The central economic sector is the agricultural sector; A good third of the country’s area is suitable for agricultural use, and around 82% of the population is employed here. Maize, cassava, millet and legumes are mainly grown to cover our own needs. Tobacco, tea, sugar cane, cotton and coffee are cultivated for export on large plantations. Most of these larger companies are in foreign hands or their owners belong to the country’s leading elite. Despite the rich fish stocks in the waters of Malawi, fishing is practiced almost exclusively for self-sufficiency.

The industry is only moderately developed and focuses on the processing of agricultural products; it generates around 20% of the gross domestic product (GDP). The country’s energy requirements are met almost exclusively by hydropower plants (especially on the Shire River). Malawi is poor in mineral resources, limestone and clay are mined for domestic cement production.

The main trading partners for exports are South Africa, Great Britain, Germany and the USA. When it comes to the import of goods (food, machinery, vehicles, finished goods), it is South Africa, India and Tanzania.

Paved roads (around 2,800 km) are found almost exclusively between the cities of the country, and a total of around 15,000 km of roads are available. The approximately 800 km long railway line connects the country to the ports of Beira and Nacala in Mozambique. There are international airports in Lilongwe and Blantyre.

The currency is the Malawi kwacha (= 100 tambala).