The Grand Duchy of Luxembourg is a landlocked country in Central Europe and, with an area of ​​2,586 km², is one of the smallest countries in the world. The country borders Germany to the east, France to the south, Belgium to the west and north. See Luxembourg country abbreviation.

Despite its small size, Luxembourg has two major landscapes. The Ösling in the north as part of the Ardennes represents a plateau divided by rivers, which is on average at an altitude of 400 to 500 m. In the Ösling lies the highest elevation in the country, the Buurgplaatz with 559 m. To the south is the fertile Gutland, which is slightly wavy and belongs to the Lorraine strata. The most important rivers in Luxembourg are the Moselle (Moselle), which forms part of the border with Germany in the southeast, the Sauer (Sûre), the Clerf (Clerve) and the Our.

The capital city of Luxembourg is centrally located in the Grand Duchy.

The climate in Luxembourg is temperate and influenced by the Atlantic. The average January temperatures in the capital are 0 °C, in July an average of 17 °C is measured. The temperatures in Ösling in the north of the country are somewhat lower. The average rainfall in the capital is around 750 mm, in the somewhat higher locations in the north of the country up to 1,000 mm are measured.

Deciduous deciduous forests with beech and oak as remains of the original vegetation can still be found today in the Ösling in the northern part of Luxembourg. Holly and heather family are also typical. The south of the country (Gutland) is used more intensively for agriculture. In the south-east of Luxembourg there are some Mediterranean plant species (eg labiate flowers).

Typical Central European mammals such as fox, red deer, wild boar, badger, squirrel and pine marten mainly live in the forest areas of the country. Birds include herons, kingfishers, woodpeckers and various raptors such as buzzards and falcons.

According to COUNTRYAAH, 462,500 people live in the Grand Duchy of Luxembourg, around 30% of whom come from other European countries, especially Portugal and Italy. The average population density is around 179 residents per square kilometer. Around 92% of the population live in cities, the largest city is Luxembourg with around 77,500 residents, followed by Esch-sur-Alzette with 27,900 and Differdange with 18,900. The most sparsely populated is the north of the country (Ösling).

There are three official languages ​​in the Grand Duchy: French, German and Luxembourgish (Lëtzebuergesch), a Moselle-Franconian dialect that was set as the third official language in 1984 and is used as the vernacular. 87% of the population of Luxembourg belong to the Catholic Church. Protestants and Jews form religious minorities.

Luxembourg is one of the wealthiest countries in the world, and the standard of living is correspondingly high. Social and health care are very well developed. Population growth is around 1.25%. The average life expectancy is 79 years. School attendance is compulsory for children aged six to 15 years. German is the language of instruction in primary school and French in secondary schools. There has been an independent university since 2003. 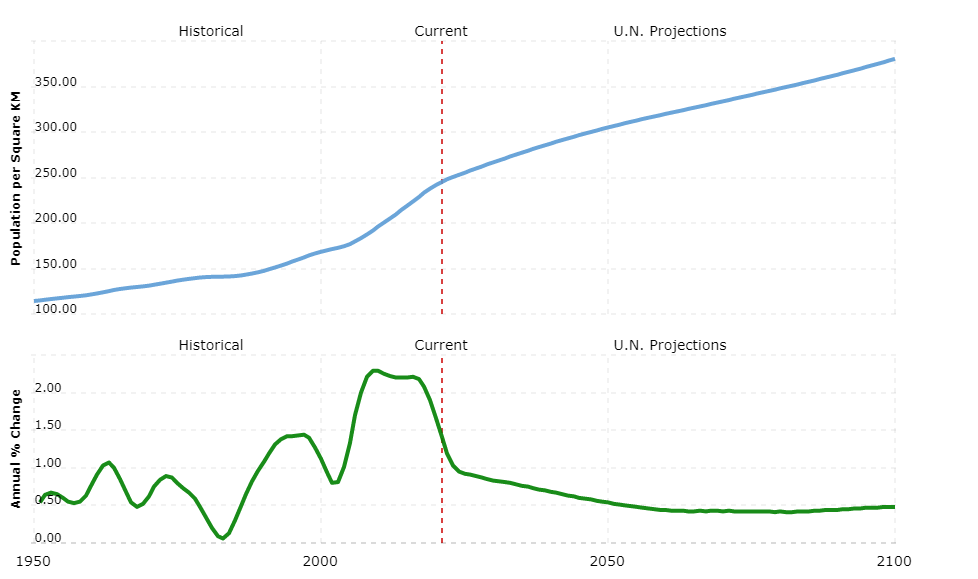 According to the constitution of 1868, which is still in force today, Luxembourg is a constitutional hereditary monarchy. The head of state is the Grand Duke (Henri of Luxembourg since October 2000). The Grand Duke has extensive powers: he appoints and dismisses the government, enforces all laws and can dissolve the parliament. In fact, it performs almost exclusively representative tasks. The legislature lies with the Parliament (Chambre des D¨¦put¨¦s), whose 60 deputies are elected by the people for a term of five years. The head of the government (Xavier Bettel since December 2013) is usually the representative of the strongest party in parliament and is appointed by the Grand Duke.The State Council, whose 21 members are also appointed by the Grand Duke, has an advisory role.

Since the Second World War, three large political groups have dominated the party landscape: the bourgeois-conservative “Christian Social People’s Party” (CSV), the “Luxembourg Socialist Workers’ Party” (LSAP) and the liberal “Democratic Party” (DP). Other parties are the Greens (D¨¦i Gr¨¦ng) and the “Action Committee for Democracy and Pension Justice” (ADR).

The Grand Duchy of Luxembourg is among the top wealthy countries. The median per capita income is one of the highest in the world. It is characterized by stable economic growth (2012: 0.3%). In addition, there is low unemployment (2012: 5.1%) and a moderate inflation rate.

Favorable tax laws meant that a large number of foreign banks and credit institutions settled in Luxembourg and that the financial sector now generated a quarter of its gross domestic product (GDP). In the entire service sector, which contributes 86% to GDP, 78% of the workforce is employed.

The agricultural sector in Luxembourg, on the other hand, is economically irrelevant, even though around 45% of the country’s land can be used for agriculture. Cattle breeding dominates. Grain, potatoes and wine (Moselle) are grown.

Until recently, iron and steel works dominated in industry. Today, the manufacturing industry is becoming increasingly important. These include the chemical, rubber, glass, textile and plastics industries as well as mechanical engineering, paper and food production and the electronics industry. Luxembourg has deposits of iron ore, slate, lime, sand and gravel.

The country mainly exports metal goods, machinery, plastics and rubber articles to Germany, France and Belgium. Above all, vehicles, fuels, machines and equipment are imported, again mainly from the other EU member states.

The road network in Luxembourg comprises around 5 160 km of paved road, 274 km are available on rail. There is an international airport east of the capital.