The Republic of Lithuania is located in northeastern Europe on the Baltic States and borders on Latvia in the north,Belarus in the east and southeast,Poland and the Russian enclave Kaliningrad (Königsberg) as well as the Baltic Sea in the west. With an area of ​​65 200 km², Lithuania is the largest of the three Baltic States. See Lithuania country abbreviation.

The country lies in the Eastern European lowlands, hilly landscapes, wide plains and lowlands determine the landscape. The mountain ranges were created by ice age deposits, the lowlands are leftovers from glacial valleys or were created by the silting up of lakes. The approximately 3,000 lakes in the country, which take up around 1% of the country’s area, were formed after the ice masses melted. Most of the lakes are located in the hilly areas in the east and northwest of Lithuania.

The eastern part of the country is occupied by the Baltic Ridge, which extends from Poland to Estonia. This is the highest point in Lithuania, the Juozapines at 294 m. In the northwest is the Shamaite range, this final moraine range reaches heights of up to 234 m. The Central Lithuanian depression lies between the Shamaites and the Baltic ridges with a dense network of bodies of water, swamps and bogs.

The longest river in Lithuania is the [Memel (Nemunas), which originates in Belarus and flows into the Curonian Lagoon. The capital Vilnius is in the southeast.

The climate in Lithuania is cool and temperate. In the area of ​​the coast, maritime influences ensure that the temperature contrasts between summer and winter are not as pronounced as in the interior, where the climate is more continental. The Shamaite ridge acts as a climate divide here. To the west of the Shamaites, the mean January temperatures are around -4 °C (July: 16 °C), in the eastern parts of the country around -6 °C (July: 18 °C). The annual rainfall in Vilnius is given as 700 mm, in the Shamaites fall up to 900 mm.

Around a quarter of the country’s area is forested, predominantly pine, spruce and birch, oak, beech and ash are also found. Alluvial forests with willows and poplars grow in the damp lowlands.

The forests offer ideal retreat areas for wolves, foxes, lynxes, elk, fallow deer and bears. The wisent was naturalized again in Lithuania. In the lakes and swamps, otters, beavers, pond turtles, as well as adder, grass snakes and lizards live. The bird life is rich in species, including cranes, storks, sea eagles and snake eagles, black grouse and grouse and herons.

Almost 84% of the population are Lithuanians, the largest minority with 6.7% are Poles, followed by Russians (6%), Belarusians, Ukrainians and Latvians. The official language is Lithuanian, Russian is widely spoken in everyday life. Lithuanians and Poles are predominantly committed to the Catholic Church (80% of the population), but there are also followers of the Russian Orthodox Church, Protestants and Jews.

Population growth is still negative, but population decline due to low birth rates and migration has decreased to -0.3%. Life expectancy is 79 for women and 69 for men. The education system is well developed, over two thirds of the adults in Lithuania have completed middle to high school education, literacy is practically comprehensive. 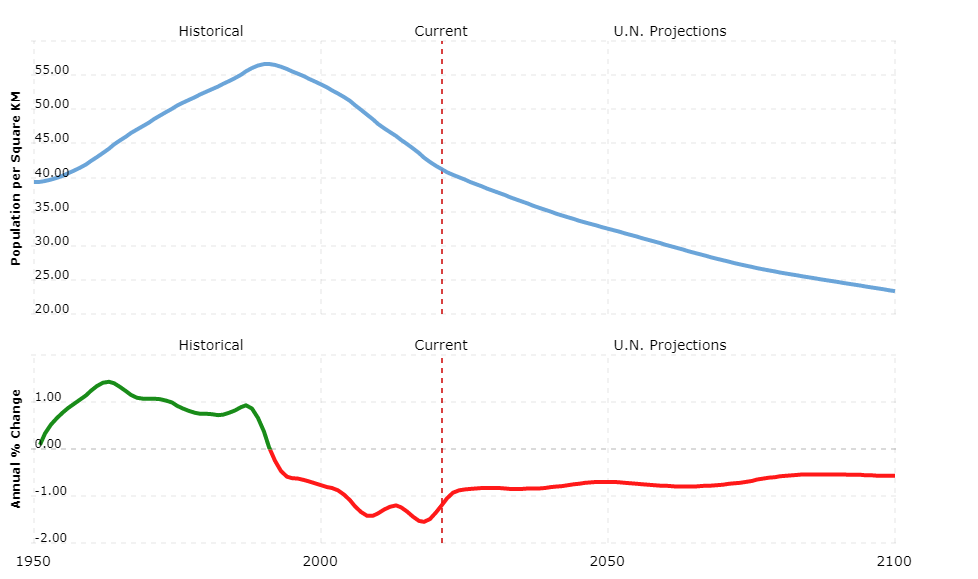 Lithuania is a multi-party parliamentary republic under the November 1992 constitution. The head of state is the directly elected president for five years (since 2009 President Dalia Grybauskait¨¦). He appoints the cabinet on the proposal of the prime minister. The head of government is the Prime Minister (since 2012 Algirdas Butkevičius), who heads the Council of Ministers. The legislature lies with the parliament (Seimas), which consists of one chamber. The 140 MPs are directly elected for a term of four years, 71 of them directly, the rest by proportional representation. The main parties are the Social Democrats, the conservative “Fatherland Union and Christian Democrats” and the Labor Party.

Lithuania is divided into ten regions. The highest court of justice is the Supreme Court in Vilnius.

Around 9% of the workforce is employed in agriculture, but due to the poor soil quality and the low degree of mechanization, only around 3% of the gross domestic product is generated in this area. The most important area of ​​agriculture is livestock farming (dairy farming, cattle fattening, pig and horse breeding). The main crops are animal feed, as well as cereals and potatoes.

27% of GDP is generated in the industrial sector and a quarter of the workforce is employed here. The most important areas are mechanical engineering, the electronics, food and textile industries. Lithuania is poor in mineral resources, there is gravel, clay, lime and gypsum from which building materials are produced. The energy policy situation remains difficult. Gas and electricity are currently heavily dependent on Russia. Nevertheless, the Ignalina nuclear power plant was shut down due to a joint decision with the EU.

The road network covers around 77,000 km, 2,000 km by rail and 600 km on inland waterways (eg Memel, Neris). At Memel (Klaip¨¦da) there is an ocean-going port. There are international airports in Vilnius, Kaunas, Palanga and Šiauliai.